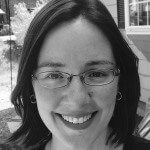 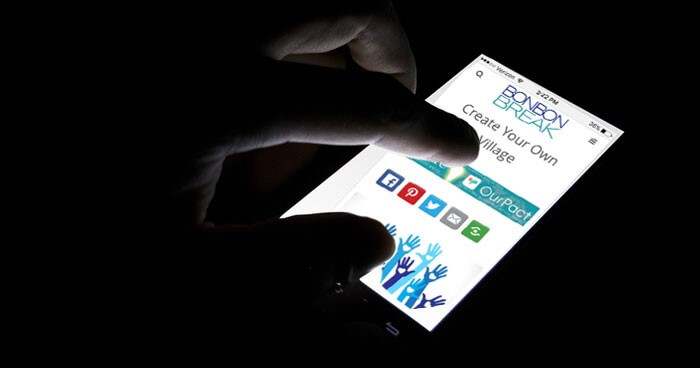 A long, long time ago before humans had smart phones, when a mom got up in the middle of the night to feed her hungry newborn, she sat there in the dark alone (except for the baby, of course).

It was really exhausting.

I speak from experience. I didn’t have a smart phone when I had my first baby. At the time, my friend with newborn twins told me about a baby sleep book she was reading. My biggest questions for her had nothing to do with sleep; they were
a) How in the world do you have time to read? and
b) How do you hold the book?!

Her answers for both? She had a smart phone.

You can bet that when I had my second baby, I made sure I had one of those suckers, too.

Here are some of the ways that the smart phone has made middle-of-the-night feedings almost tolerable (for a little while, anyway).

With my first baby, it got to the point that I barely got him latched on for a midnight feeding before I completely zonked out (not safe, I know, but I truly couldn’t help it). I’d wake up 90 minutes later, cursing, and not knowing if I had switched sides, or how much he ate. He usually woke up hungry again 20 minutes later. After a few nights of that, I gave up even trying to put him in the crib when I awoke and just started nursing him all over again. Three hours after the initial wake-up I climbed back into my bed. It was the worst. Now, I do my best to stay awake long enough to set three alarms on my phone when I start: one to wake me after each side, and one called “Go to bed!” for after I hold him upright to keep his reflux in check.

I stressed so much in my first newborn’s early weeks, using a paper and pen – in the dark – to log all his feeding stuff. How many times did he nurse? How long? Which side? Did he pee? Poop? What color? Now, apps do the work for me. Thank you, Genius App Creator People.

I’ve downloaded a couple of high-quality literary novels and I do read some parenting articles on my phone, but nothing keeps me awake better than my repertoire of People.com, USmagazine.com, and (when I’m really desperate) TMZ.com. At 1.00 a.m., my brain can’t process much more than those kinds of stories. The only thinking I need to do is to try to figure out which celebrities (if any) are ones that I’ve actually heard of.

No more tripping over swings and bouncy seats.

Now you can use some of the time you’re just sitting there to find the answers to your most burning questions: Will my baby ever sleep? Will my baby ever go more than two hours without eating? How much do overnight nannies charge???

Is this a thing? I have no idea if this is a thing. As you can gather from the fact that I had a baby before I had a smart phone, I am old, and I don’t get the whole “selfie” thing. But according to People.com, USmagazine.com, and TMZ.com, a lot of people take selfies. So I’m throwing this in here as something else you younger moms might find fun.

Texting with Other Moms

The best part about having a smart phone is that it takes some of the isolation out of being up multiple times a night for weeks (months) on end to feed your baby. This is what I used to think to myself when I’d be sitting there, alone, without a smart phone:

I’m so tired. I can’t stand this. I love my baby, and this was kind of exciting the first few nights, but now, I can’t stand it. And I can’t stand my husband. Because he’s sleeping. And snoring.

Now, this is the kind of text exchange that I can have with my sister at 4.00 a.m. because she has a newborn, too:

Nevertheless, at the end of the day night, it doesn’t matter how smart your phone is. It could be the defending Jeopardy champion, but sleep deprivation would eventually prevail. When you find yourself waking up two hours after you started nursing with a crick in your neck, three alarms going off, and this unfinished text to your sister . . .

. . . . you know it’s time to start downloading some articles from OMGSleepThroughTheNightAlready.com. Until then, rest assured (ha ha… rest…) that middle of the night feedings are at least a little bit less torturous than they used to be.

Maria Morgan is a wife, mother of three boys, and middle school teacher. She likes running (but doesn’t), dislikes cooking (but does) and loves singing (and happily does this all the time). Welcome Maria to the blogging world by visiting Sandboxes and Sticky Back Felt.
Next Article