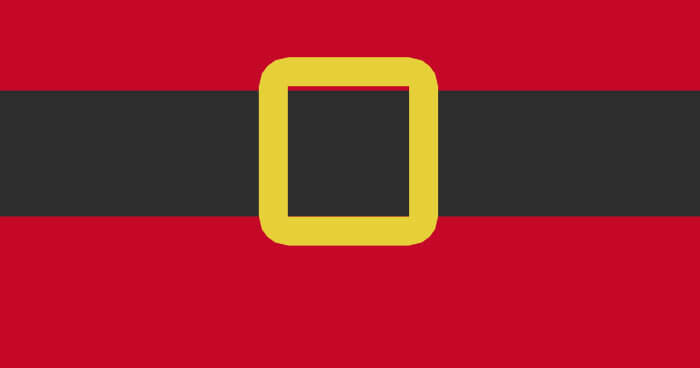 Share
Tweet
Pin9
9 Shares
Last year, the delicate eggshell of my six-year-old son’s Santa belief began to crack, and I couldn’t stand it.

First, it was the questions.

“How does Santa get all around the world to all those children in one night?”

“What about people who don’t have fireplaces?”

“How does he know exactly what to get us?”

I thought I fielded the questions so deftly I could easily be in the running to be some politico’s Chief-of-Staff. In record time, off my lips rolled a scenario about an all-knowing, fitness-challenged man who by transforming into a particle of light could squeeze under the tightest door or window frame. Judging by my then six-year old’s furrowed brow, I could tell he wasn’t completely satisfied, but would rest his case for the 2014 Christmas season. My tales weren’t going to last long without some tangible proof.

Then this year, the prosecution began anew. “You said that you wrapped all the presents but there were some that were from Santa,” he remarked.

I felt almost sick to my stomach.

“I think parents buy them.”

“Why?” His eyes widened. “Did I say something bad?”

“No, no, no.” Not that I wanted to, but the chance of me working in any field that required smooth-talking spin quickly evaporated. “It’s just that, um, you might confuse other kids. Parents might get very angry with you. And by the way, don’t tell your sister.”

Ugh! How could I keep my kids believing? How could I keep the experience of believing that someone they didn’t know, someone who loved all the world’s children, would give them their heart’s desires as long they as were good and kind and stayed on track? I HAD to keep the magic alive! We had elves on the shelves, and a microphone that delivered messages from the North Pole, but apparently they weren’t cutting it.

And then I hit the jackpot! My editor asked me to write a sponsored post about a Letter from Santa from Jewel-Osco.

Curious, I clicked onto the microsite, registered my information, and input several personal facts about my daughter, including what she wanted for Christmas.  (Note: They warn you to list something your child wants and will actually GET. Your child thinking Santa is a Flabby Fraud is not the desired outcome of this service!)  Seconds after I approved my daughter’s just-for-her message from Santa, I received via email, PDF copies of the free letter from Santa and an envelope addressed to my daughter, both on super cute North Pole Stationery.

I printed them up and BOOM! From less than two minutes of activity, and for absolutely free, Santa would live another holiday season in our home.

Later, when my little girl opened the mailbox and saw her letter, the joy on her face was priceless. Woo-hoo!  I’d bought my children a few more months of belief. My daughter was overjoyed at the thought that Santa had written especially to her, and would now surely be armored against any seeds of doubt her big brother might try to plant in her mind, and just wait until he got his own personalized letter!

And bonus, not only did I give my children a sweet surprise, but I’d get one too! For helping them to spread some holiday cheer, Jewel-Osco would send me some coupons from their partners providing some of the usual holiday favorites.

These coupons couldn’t come at a better time. I’ll definitely need some ways to save some cash. My daughter’s list is on the long side because she thinks that if Santa’s bringing the gifts, Mommy and Daddy don’t have to pay for them!

I have no intention of trying to keep my kids believing in Santa until they are old enough to vote, but I didn’t want this run to be over. As a dear friend of mine wrote, ” I wanted my kids to live in a magical world where old, chubby men slid down the chimney and gave them whatever they wanted for as long as I could make them believe. The older we get, the harder this world is on us. A little bit of hope, faith and magic never hurt anyone.”


This is a sponsored conversation written by me on behalf of Albertsons Stores. The opinions and text are all mine.

Before her two children re-choreographed her life, Keesha was a professional dancer who performed in the U.S. and in Europe. Today she teaches modern and jazz dance in the Chicago area. She is also the human cyclone behind the blog Mom’s New Stage. Keesha is one of the select contributing authors of In The Powder Room’s first anthology, You Have Lipstick on Your Teeth. Her writing has been featured on Mamapedia, The Huffington Post, in the New York Times bestselling anthology I Just Want to Pee Alone, and I STILL Just Want to Pee Alone. She was recently awarded a Voice of the Year Award for her Bonbon Break original piece, Dear White Mom.
Next Article