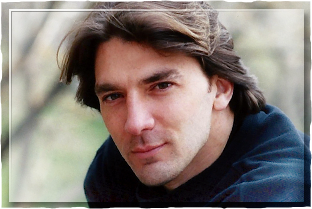 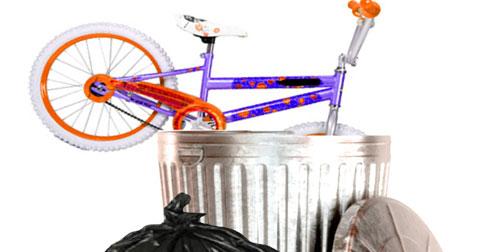 Nonchalantly, I placed the well-loved, now tiny, bicycle against the trash at the end of my driveway for Friday pickup. With little hesitation, I discarded it for anyone’s taking, as easy as deleting an old contact from my cell. But when I got halfway back to the house it hit me..

I JUST taught my youngest daughter to ride that bike!!

I saw my brother-in-law this evening. Since he’s 14 years younger than me, he’s a new-ish Dad of three, fully immersed in the newborn/toddler/preschooler stage of life. I jokingly ribbed him about my ability to get a nice long night’s sleep since my youngest is 11. Because that’s how guys connect, through ridicule & harmless ribbing…that way nothing too deep is discussed, keeping our fragile underbellies unexposed.
After seeing that discarded bike…it simply fast-forwarded roughly four years of my daughter’s life, in the blink of an eye. I desperately needed to share one thing with my brother in law now:
We didn’t ride that bike nearly enough.
Today, I want more of those memories. I remember little about satisfied clients and even less about the bills that were paid on time. But CRYSTAL CLEAR I can see my daughter smiling from ear to ear on that bike, with the wind in her hair, prouder than ever and happy as a clam that I was by her side.
These are the things you remember.

If you’re a new (or old) parent, make that time to enjoy them. Be in the moment, soak it in and savor it. Remember, there’s nothing better, but it’s fleeting.

This post was written by Greg Santomero exclusively for BonBon Break Media, LLC.