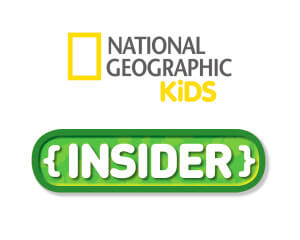 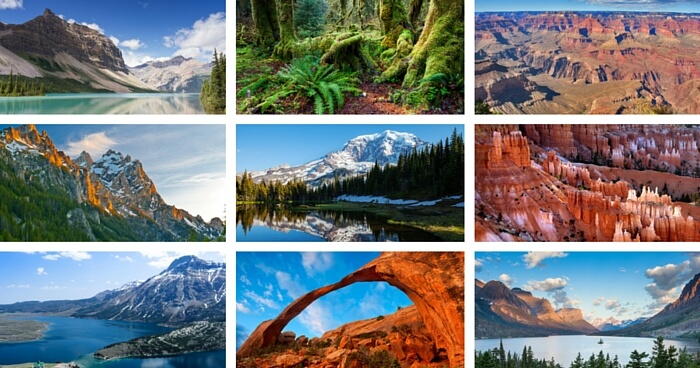 This year is the 100th Anniversary of our National Park Service. They are celebrating 100 years of stewardship of America’s national parks and engaging communities through recreation, conservation, and historic preservation programs.

No one knows the national parks better than National Geographic. Drawing millions of tourists each year, our national parks capture a special place in our hearts — and in the history of how the planet came to be the shape it is now. National Geographic offers a beautifully illustrated 36 half-hour lecture series that takes you to more than a hundred spectacular sites guided by geologist and former college professor Ford Cochran; exploring the geology, history, and grandeur of our national parks.

As a National Geographic KIDS Ambassador, we had the privilege of chatting with Ford Cochran, geologist and Program Director for National Geographic, and we asked him if he had a chance to do three road trips, where would he go? I won’t lie, we had a hard time nailing him down to just three, but here are his DREAM National Park Road Trip Loops:

The intros to each of the parks are provided from their National Park Service or Forest Service website homepages since we haven’t visited all of them — yet.

With nearly one million acres, Olympic encompasses several distinctly different ecosystems and protects a rich mosaic of natural and cultural history. Untamed rivers flow from glacier-capped peaks through valleys of old-growth forests, waves crash against a shoreline rich with life, and only trails traverse the vast interior of this internationally recognized wilderness.

Ascending to 14,410 feet above sea level, Mount Rainier stands as an icon in the Washington landscape. An active volcano, Mount Rainier is the most glaciated peak in the contiguous U.S.A., spawning six major rivers. Subalpine wildflower meadows ring the icy volcano while ancient forest cloaks Mount Rainier’s lower slopes. Wildlife abounds in the park’s ecosystems. A lifetime of discovery awaits.

Explore the timeless rainforests and majestic coastal vistas. Discover the rich heritage of the Native people. Unfold the dramatic stories of America’s most famous explorers.

The park encompasses sites along the Columbia River and the Pacific Coast. Follow in the footsteps of the explorers and have an adventure in history.

Crater Lake has inspired people for thousands of years. No place else on earth combines a deep, pure lake, so blue in color; sheer surrounding cliffs, almost two thousand feet high; two picturesque islands; and a violent volcanic past. It is a place of immeasurable beauty, and an outstanding outdoor laboratory and classroom.

Located twenty miles east of the city of Portland, Oregon, and the northern Willamette River valley, the Mt. Hood National Forest extends south from the strikingly beautiful Columbia River Gorge across more than sixty miles of forested mountains, lakes and streams to Olallie Scenic Area, a high lake basin under the slopes of Mt. Jefferson. –

According to Mr. Cochran, the Timberline Lodge is a must!

Unique combinations of geologic color and erosional forms decorate a canyon that is 277 river miles (446km) long, up to 18 miles (29km) wide, and a mile (1.6km) deep. Grand Canyon overwhelms our senses through its immense size.

There is no place like Bryce Canyon. Hoodoos (odd-shaped pillars of rock left standing from the forces of erosion) can be found on every continent, but here is the largest collection of hoodoos in the world! Descriptions fail. Cave without a roof? Forest of stone? Photographs do not do it justice. An imagination an wonder will serve you when visiting Bryce Canyon National Park.

Follow the paths where ancient native people and pioneers walked. Gaze up at massive sandstone cliffs of cream, pink, and red that soar into a brilliant blue sky. Experience wilderness in a narrow slot canyon. Zion’s unique array of plants and animals will enchant you as you absorb the rich history of the past and enjoy the excitement of present day adventures.—If you want more, add in:

Visit Arches and discover a landscape of contrasting colors, landforms and textures unlike any other in the world. The park has over 2,000 natural stone arches, in addition to hundreds of soaring pinnacles, massive fins and giant balanced rocks. This red rock wonderland will amaze you with its formations, refresh you with its trails, and inspire you with its sunsets.

Canyonlands invites you to explore a wilderness of countless canyons and fantastically formed buttes carved by the Colorado River and its tributaries. Rivers divide the park into four districts: the Island in the Sky, the Needles, the Maze, and the rivers themselves. These areas share a primitive desert atmosphere, but each offers different opportunities for sightseeing and adventure.

On June 29, 1906, President Theodore Roosevelt established Mesa Verde National Park to “preserve the works of man,” the first national park of its kind. Today, the continued preservation of both cultural and natural resources is the focus of the park’s research and resource management staff.

Cliff Palace, the largest cliff dwelling in the park, inspires visitors to imagine what life was like over seven hundred years ago. But the task of preserving this nearly eight century old site has its challenges as well as its rewards. Learn about the current conservation and stabilization project of this magnificent ancient structure.

Come and experience Glacier’s pristine forests, alpine meadows, rugged mountains, and spectacular lakes. With over 700 miles of trails, Glacier is a hiker’s paradise for adventurous visitors seeking wilderness and solitude. Relive the days of old through historic chalets, lodges, transportation, and stories of Native Americans.

Developed when the Park Service felt it was their job to provide accessibility and they created a road that climbs over a major pass “Going to the Sun Road” which has been called the “Most Beautiful Drive in the United States”.

The prairies of Alberta meet the peaks of the Rocky Mountains in Waterton Lakes National Park. Clear lakes, thundering waterfalls, rainbow-coloured streams, colourful rocks and mountain vistas await hikers and sightseers. With an exceptional diversity of wildlife and wildflowers and a cozy little waterfront town to serve as a home base, Waterton packs a big natural punch into a relatively small and accessible area.Bampf

In the fall of 1883, three Canadian Pacific Railway construction workers stumbled across a cave containing hot springs on the eastern slopes of Alberta’s Rocky Mountains. From that humble beginning was born Banff National Park, Canada’s first national park and the world’s third. Spanning 6,641 square kilometres (2,564 square miles) of valleys, mountains, glaciers, forests, meadows and rivers, Banff National Park is one of the world’s premier destination spots. Do not miss Lake Louise and The Icefields Parkway (Canada’s most spectacular drive!).

—add in these two National Treasures with this incredible group.

Visit Yellowstone and experience the world’s first national park. Marvel at a volcano’s hidden power rising up in colorful hot springs, mudpots, and geysers. Explore mountains, forests, and lakes to watch wildlife and witness the drama of the natural world unfold. Discover the history that led to the conservation of our national treasures “for the benefit and enjoyment of the people.”

Rising above a scene rich with extraordinary wildlife, pristine lakes, and alpine terrain, the Teton Range stands monument to the people who fought to protect it. These are mountains of the imagination. Mountains that led to the creation of Grand Teton National Park where you can explore over two hundred miles of trails, float the Snake River or enjoy the serenity of this remarkable place.

As always, our friends at  National Geographic Kids have provided us with some FANTASTIC books to accompany your research and your adventure!

This is a fun, kid-friendly guide with a cute story about Buddy the Bison and a brother and sister team as they explore the park.

The next three books should be on EVERY road trip this summer. Seriously, these are fantastic resources with fun activities, puzzles, games, facts and more! They will keep your kids entertained for hours and help them (and you!) learn about our national treasures, the National Parks.

When you go to a National Park, seek out the Visitor’s Center and get a stamp for your passport book. We just started ours this year and my kids are already plotting for more!

Buy your National Park Passports and get started!

FINALLY, I couldn’t write this post without including a plug for Ken Burns’

Documentary on the National Parks. It is absolutely stunning and will fill you with awe.

So — where are you going to go?

If you head out, tag your photos with #BonBonBreakIRL