5 Alternative Toys for When You Are Desperate 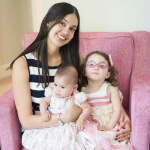 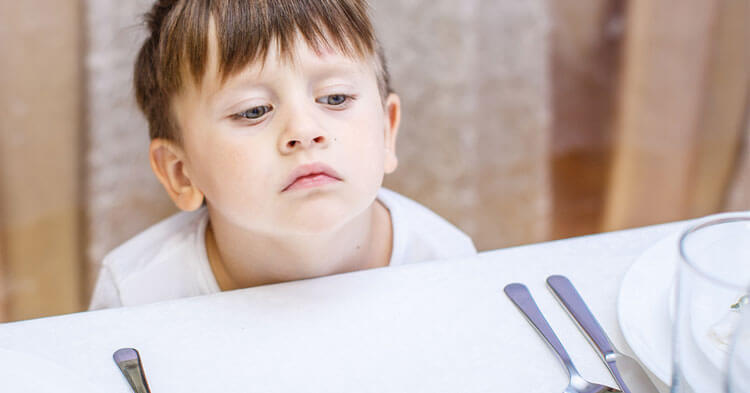 When I was pregnant with my older daughter, my mother-in-law bought me a lovely diaper bag. Through three years of motherhood and two children, I’ve made a concerted effort to keep it well-stocked with anything a newborn could need. Despite this, I regularly forget to bring it with me. If I take the stroller, the bag is likely in the trunk of my car. If I take the car, it’s certain to be draped over my stroller. If I hurry my girls out of the house, it’s been left upstairs for restocking. As I’m sure parents everywhere can attest, not having a spare diaper or wipe or change of clothes for a baby inevitably mean that you’ll need all of the above. Desperately. However, now that my girls are older, I find that the thing I miss most when I forget the bag is their toys.

This seems like an odd regret until you think about how hard it is to keep two little ones entertained while you wait for a meal at a restaurant, or a doctor’s appointment, or a show to begin. Since I can’t seem to get my act together at home, I’ve made a study of what I like to call Toys of Desperation. I’m certainly not advocating these as replacements for better planning, but in my opinion, they’re better than nothing.

Most of my waiting with the girls is done in restaurants after ordering and before the arrival of our meal. Honestly, it feels like running a race where the food is the finish line since eating is usually more than enough to keep the family happy and entertained (and certainly puts my always-hungry one-year-old in a better mood). A straw tends to be a surprisingly good toy (obviously with the paper wrapper removed since my younger daughter will otherwise do her goat impression and eat it off). My three-year-old relishes either fencing with me or using one in each hand as drumsticks. Spoons also work in much the same way, but I think they’re inferior both due to the amount of noise made by a metal spoon dropped on any hard surface and the fact that my one year old is prone to remember at some point that she’s hungry and that her spoon has no food on it.

Tables at most sit-down restaurants that aren’t of the white tablecloth variety feature a little container holding a pastel rainbow of sweetener packets. My confession to any of you who live within a ten-mile radius of my house: those packets have almost certainly been fondled by my three-year-old. She’ll stack them, sort them, and she’ll make shapes on the table before trying (only semi-successfully) to stuff them back into the original container. They’re pretty entertaining, and it’s even better if there’s some jam or non-dairy creamer available as well for a wider array of construction materials. She’s learned to keep them out of the reach of the one-year-old who is only interested in putting them in her mouth ever since she tore her way into a sugar packet with her single tooth a few months back.

If you’re rocking a diamond encrusted Rolex, feel free to skip this one. However, my husband’s $20 rubber Timex Ironman is perfect. It lights up, beeps when you press buttons, and it apparently has a delightful mouth-feel (the ads should say: water-resistant up to 100 meters or an hour in the mouth of an infant).

These can be dangerous, especially if your keys are sharp, or you have some non-baby proofed items on your key ring (like those mini pepper spray canisters), but otherwise, these things are like catnip for kids. Simply jingling them in front of my girls when they were infants would magically quiet them down. Ironically, we bought a bunch of plastic key toys specifically designed for babies which they never had any interest in whatsoever.

This one is just for the three-year-old, but if you can beg, borrow, or steal a pen, you’re in business. I had grand visions of using these opportunities to teach her letters and numbers, but she just wants me to draw pictures for her before she scribbles on them. I finally gave up on forced education and taught her to play tic-tac-toe (she gets the concept, but likes to cheat. She hasn’t figured out that a board with four Os compared to my one lonely X is highly suspect).

Foot odor jokes aside, both of my daughters love playing with socks. My three-year-old thinks putting her socks on her hands as mittens is the height of humor, and my one-year-old is delighted by sock puppets. They both like putting on my socks and shoes. If I’m willing to ignore the looks I get from strangers, I usually let them go to town on my footwear.

I’m confident none of these items will show up in your local Toys R’ Us, but if they keep my daughters busy for a few minutes, I’m going to call them a success. If any of you leave home without your Mary Poppins bag, I hope some of these ideas serve you well.

READ MORE IN THE PLAYROOM

This post was syndicated with permission to BonBon Break Media. LLC. 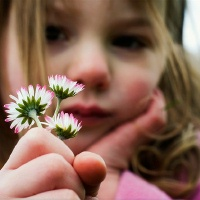 Marylynne is a mom, wife, newly minted entrepreneur, recovering attorney and community enthusiast. She is currently building a website to help Chicago parents find full semesters or single day sessions of classes for their babies, toddlers, and children to attend. On top of all that, she blogs to share her parental musings and insider tips for making the most of (aka surviving) kid-centric things to do in Chicago on Class Crasher.
Next Article