What Stories Will Our Children Tell Their Grandchildren? 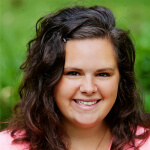 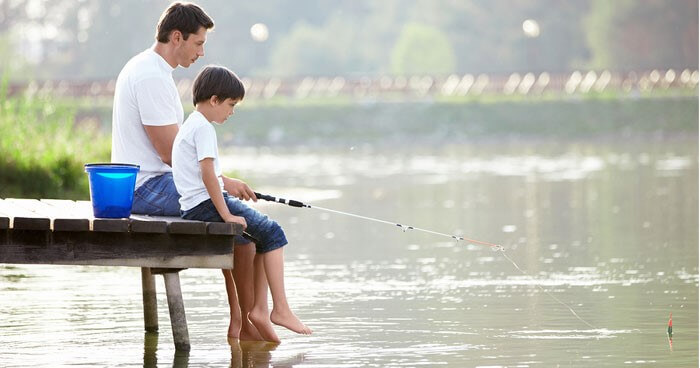 Isn’t it hard to envision your infant crawling? Your toddler as a teenager? Or your grade-schooler as an adult? And yet time sure marches on and once these new stages are reached it’s oh so hard to remember the old ones.

I’ve often thought about my children reaching adulthood – but I hadn’t ever thought much beyond that. At least not until I read the book Pottengers Prophecy: How Food Resets Genes for Wellness or Illness by Gray Graham. The main premise here (substantiated by more than 425 references) is that what we eat switches genes on or off for wellness or illness – affecting not only ourselves but also the next two generations. My children are affected by what I’ve eaten and their children will be affected by what I’ve eaten. The snowball continues when taking into consideration the mirroring and teaching aspect of parenting. If my children tend to feed their children in a similar fashion to what they’ve learned from me, we are talking about a lengthy impact.

This book was a life changer on how I view parenting. It caused me to start to think of my children as parents – but also further down the road when they get to see their children become parents. It was a wake-up call regarding what I put in my mouth and what I feed my children, but it impacted me in a broader sense.  Prior to becoming a parent, I viewed my main job of parenting mostly as behavior modification – the Love and Logic type responses. I viewed myself as the one to teach my kids to have good manners, and how to be a good friend. I knew I would show them what good sportsmanship looked like and how to be generous. After reading Pottenger’s Prophecy, I began to envision other scenarios down the road and now I often have this thought – what good is it if my child has manners and yet, by my hand, they can’t have their own children because of what I’ve eaten? Taking it one step further: What if my sons or daughters aren’t able to champion their own sons or daughters into the role of parenthood due to decisions I have made knowingly or unknowingly? What if by what I choose to eat, I turn on genes that affect illness for generations to come?

As sad as it is to think about, some day I will be gone and my precious children will be the grandmas and the grandpas. I have a great desire for my kids to be healthy and vibrant so they can enjoy all their stages of life.

In thinking of my kids as grandparents, I started noticing recently how enraptured my kids are by the stories their grandparents tell.Our kids are sure privileged to have four loving, doting grandparents. When grandparents are around, there is a constant ask for stories. The kids ask for written stories and made up stories. A particular favorite of my four-year-old is to hear the personal accounts of his Papa’s childhood adventures. During story time, I tend to keep myself busy. While the kids are enraptured, I get a blessed few moments where I can get a load of laundry put away, or get dinner started. But the other day, I found myself drawn into one of the childhood escapades. Papa told a story of when he was a boy, maybe 10 or 11 up at a little summer cottage in Northern Michigan. Along with a friend, he fashioned himself a sailboat out of odds and ends they found lying around. They did things like take the curtain rod off the cottage window as a post for the sail. Then they taped a sheet to the pole and watched as it began to blow in the wind. Lots of tape and time later – lo and behold – their boat actually worked and took them out to the middle of the lake.

What kid can’t relate to that story? There is the excitement of creating something from scratch.There is the anticipation of wondering if it will actually work. And then that delightful moment where you sail away – like a pirate heading for a secret island. Outside memories stick easier than inside ones. Nature is inherently interesting and induces immediate stress reduction – allowing the brain to work more optimally. As I listen to my children beg for these stories I wonder what kind of stories they will have to tell. We have a generation who have grown up with unlimited access to the Internet – anywhere, anytime. This generation, often referred to as the new silent generation, would rather text than talk. They tend to prefer online communication – and many times this is with friends they have not actually met. These kids aren’t spending much time outdoors unless adults force them into an organized activity.  It seems that in many ways we are losing these kids to a virtual world. What will they tell their grandchildren about? Their favorite DS games? Their favorite Disney Infiniti characters? The hottest electronics they owned as children?

Ginny is a former high school mathematics teacher turned mom of four. and she is married to Josh. With a B.S. in Mathematics and a M.Ed. in Education from the University of Michigan, Ginny has a heart to teach and spent six years in the classroom striving to help young people overcome their math phobias. Spending much time in the classroom lead to lots of research about how kids really learn and this passion has morphed into her mom life. Ever a teacher at heart she has taught private piano lessons for almost 20 years, and has worked on and off in youth and children’s programs through church for just as long. Now she enjoys observing her children as they take in the world with all their senses and helping them learn everything from walking to season changes to reading and playing instruments. Ginny’s love of outdoors began when she was young. She is passionate about passing on the health, countenance, spiritual, and educational benefits attained from being outside to her children and to others. Learn more at 1000 Hours Outside.
Next Article