Why Trump’s Misogyny Is so Dangerous for Our Kids 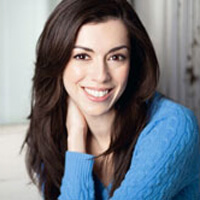 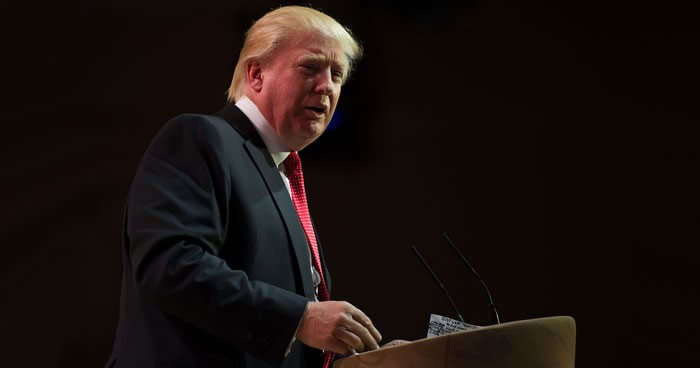 I am sitting on the couch, cuddling with my newborn daughter, drinking in that wonderful baby smell and marveling at just how perfect she is. I just want to stare at her, maybe catch up on some bad TV and have a glass of wine—the really good stuff that I would’ve yelled at my husband for drinking while I was pregnant. Yet here I am, thinking about Donald Trump.

Donald freaking Trump. He of the bad hair. He of the ridiculous political statements that have made him a walking punchline. He of the first-place poll numbers.

I realize that it’s still early and that in all likelihood, he’ll never make it to the big dance, but regardless, I’m distressed. To have a bunch of people rallying around a man who has expressed outright misogyny—not to mention xenophobia and racism—and trying to elevate him to the highest office in the land is unfathomable to me. I want to apologize to my baby girl for this even being a possibility.

He’s spewed so much nonsense, I don’t even know where to start, so I guess it’ll have to be with the most recent offense: a retweet calling Megyn Kelly “a bimbo.”

I know what people will say: It’s just a tweet—a retweet, at that! Who cares? Well, you should.

This sort of misogyny, passive-aggressive or not, is the default response when a man wants to “take down” a woman. Diminish everything about her by calling her an airhead or a slut or a hormonal mess—which, oh, yeah, he already did when he said she had “blood coming out of her eyes, blood coming out of her wherever.” And why? Because she rightly questioned his long history of calling women who dare to oppose him “fat pigs, dogs, slobs and disgusting animals?”

A word of friendly advice, Donald: Get a thicker skin if you’re going to run for office. Also, stay at least three miles away from any sensitive foreign-diplomacy meetings.

I could delve into Trump’s many other offenses toward women — which are nowhere near as subtle as the bimbo comment — but why? It’s all the same crap. And unfortunately, he’s part of a growing population of misogynists that we have to deal with on a daily basis and that our kids will have to continue dealing with if we don’t put a stop to it.

We see it with the men featured on the site Bye, Felipe, who get insanely hostile when their advances are rejected. With the men of GamerGate, who threaten women online with rape and death—threats that the FBI has only been taking seriously since March. With the Nobel Prize winner who referred to female scientists as weepy distractions. With politicians who have said that rape can’t result in pregnancy, because “the female body has ways to try to shut that whole thing down.” With the constant policing of women’s bodies through restrictive dress-code mandates and access to birth control. With a random guy at Coachella who proudly wore a shirt that said “Eat Sleep Rape Repeat.”

I don’t think it’s a coincidence that there’s been an uptick of “things I want to teach my daughter” posts around the Web recently. Women are reacting to this new breed of unapologetic misogyny and this very real feeling that they’re under attack. It really and truly feels like some men are trying to put us back in our place, so to speak, in an effort to get back to “the good old days” — or, as one writer said, back to the 1800s.

I want to tell my baby girl that the old nursery rhyme about sticks and stones is true, but you know what? Words do have the power to hurt her in this case. These words are trying to keep her from being a truly equal member of our society. These words encourage beliefs and behaviors that have physically harmed women — and could potentially harm her.

So keep talking, Donald. And I’ll keep calling you out on your BS and fighting for my daughter. For my son. For all of us. Because we all deserve better.

Dawn Yanek authored this article in her personal capacity. The views expressed are her own and do not necessarily represent the views of BonBon Break Media, LLC or their sponsors. Do you have a countering opinion on this matter? We would love to hear from you! Head to our Submissions page to do so.

Dawn Yanek lives in New York City with her husband and their two very adorable, very energetic kids. In a former life, she was an editor who discussed fancy things like celebrity news, fashion and pop culture on TV. These days, you can find her running late to a variety of kiddie activities and blogging at Momsanity.
Next Article