Is the Fault in Our Stars or Our Programming? 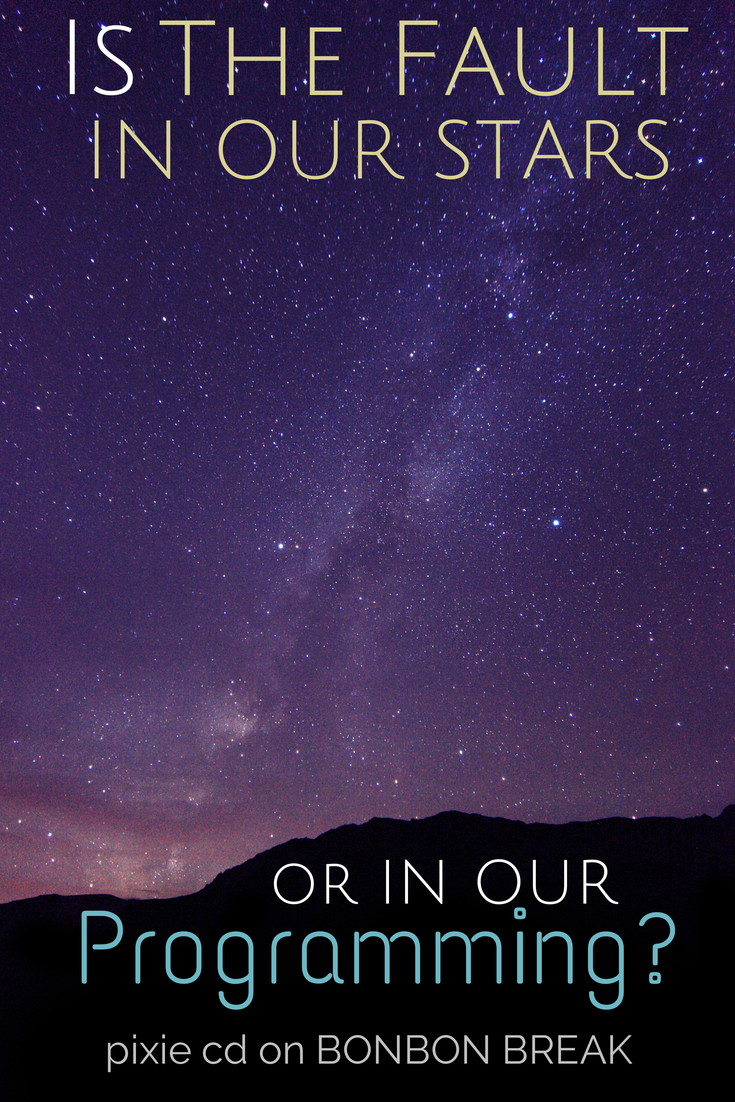 I watch a lot of TV. That being said, I don’t watch much Network television, opting instead for documentaries or series on DVDs. My Offspring, on the other hand, do enjoy the occasional Network offering, which would be how I came across the commercials for two new shows hitting the airwaves; Chasing Life on abc family and Red Band Society on Fox (coming this fall). Both are based on Spanish speaking shows (the Mexican television series Terminales  and the Cantalan drama Polseres vermelles) and both center around young adults with cancer. Sound familiar? Yeah well, after the recent success of The Fault In Our Stars, it should.

Let me be clear on one thing here, I have never had cancer. I have never lived my life from the mindset of someone who does. I am, however, a daughter who watched her Mother live (and die) with it. She was a woman, I might add, who was all about chasing life and cramming as much of it as she could into the time she had, right up until the last.

And I am disturbed by this new trend.

I say trend, since it seems once Hollywood finds a bandwagon that’ll draw a crowd, EVERYONE jumps on and rides for all they’re worth. That is, until the next big thing catches enough of the viewers’ attention that they change the channel.

Art vs. Life: Who’s Imitating Who?

Now before you point a finger and accuse me of being a someone who wants to keep cancer (or any other serious illness) tucked neatly away behind closed doors, I am the exact opposite. I was raised by realistic women who believed dying was as natural as living and that both should be done with the love and support of your family.

Did you catch the word “realistic” in that last sentence? That is precisely my biggest concern with these shows. Are they portraying things in a realistic light, or are they doing what the entertainment industry does best and romanticising the hell out of it?

Trust me on this one, there is nothing glamorous or romantic about cancer. I wouldn’t even say there’s anything admirable about it. Cancer, at its most basic level, is a cellular mutation that can turn a body on itself with painful and deadly consequences.

In 2013, there were an estimated 1,660,290 new cases of cancer in the US alone, with 580,350 Americans expected to die from it. (Cancer Facts & Figures 2013, American Cancer Society) And guess what? Not all of these people were admirable or inspirational in the way they chose to either approach their prognosis or live their lives.

I understand that the entertainment industry is just that; for entertainment. I’m aware that a good drama should not just show us the human condition, but show us at our best, hopefully inspiring us to strive and rise above the mundane; to be more than we are.

But I also know that the same stereotype, repeated often enough, can backfire and place our expectations so high, that it moves life into the realm of complete fantasy. Then when we ultimately fail to attain the unattainable, we’re not longer inspired to try, but devastated by our perceived shortcomings.

Is Reality Too Much?

You may not know it, but this past January, journalists Bill and Emma Keller started an online debate with two editorials that posed the question, how much death and dying in the public eye, via social media, is too much. Both of their articles focussed on Lisa Bonchek Adams, a woman battling Stage IV metastatic breast cancer.

Here’s my question; how can a real woman’s life and real time journey be wrong, when the fictionalized lives of young, beautiful people, beamed into our homes week after week, be right?

I sincerely hope, for the sake of those living with this disease, that these shows don’t become a pretty, pale shadow of the realities of life with and around a serious disease. I hope the writers and producers understand they have the ability to open avenues of discussion and understanding; to help remove some of the stigma and loneliness of life with cancer. I hope someone sitting in a boardroom hears the message, “Keep it real, or go home.”

Cancer of any kind is a monster. It isn’t a cool outfit, the latest accessory you can pick up at the mall, or this season’s trendsetter in beauty salons. And it sure as hell shouldn’t be something the networks pull out for anything as paltry as pure ratings.

Have you or someone you loved battled cancer? How do you feel about the topic as the basis for television programming? Is it a good thing?

ABOUT CHRIS: Chris Dean (aka pixiecd) started pixie.c.d. (formerly Life Your Way!) in 2011 as a way to deal with the fun-and-games of the diagnostic phase while trying to track down her autoimmune beastie. (Undifferentiated Connective Tissue Disease and Fibromyagia) Since then it’s morphed into a way to help others, both those living with chronic illness and those who aren’t, remember to laugh a little every day.

Five to six days a week, she shares acts of stupidity, life with adult Offspring, and tales of homicidal birds. Every once in a while she even throws in some useful info on life with chronic illness.

Chris lives in Indiana with her amazingly tolerant Hubby (who swears he doesn’t mind putting up with her), their four adult-kids, and the petting zoo of cats, dogs, chickens, Muscovy ducks, and geese she’s systematically managed to turn their home and yard into.

This piece was syndicated with permission from Chris Dean.