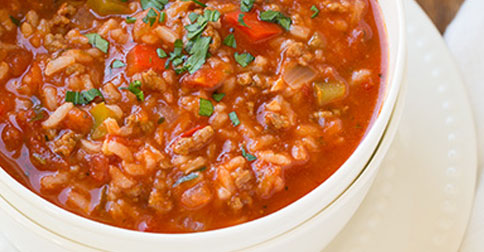 Stuffed peppers are one of the few meals that I can make vegetarian and The Hubs won’t complain. That’s not to say that you can’t make them with meat, but there is something about stuffed peppers that is so satisfying and hearty, meat is not a necessity. When I saw this stuffed pepper soup from Jaclyn from Cooking Classy, I thought, “what a genius idea, and perfect for this time of the year!”

Jaclyn says ” The peppers offer a mellow and faintly sweet flavor while the tomatoes and beef kick in that flavor that will remind you of a traditional stuffed pepper.  And the rice in this soup gives it such a great texture and adds some body to it. This a fairly thick soup and it has a consistency similar to a stew, which I love because it will fill my family up and I don’t have to make a bunch of sides to serve with it.”

If it wasn’t 85 degrees in SoCal right now, I’d be making this soup tonight. Instead I will be pinning it for later! I hope you do the same.

CHECK OUT MORE RECIPES IN THE KITCHEN

Read this next: 50+ Fall Soup Recipes to Soothe Your Soul 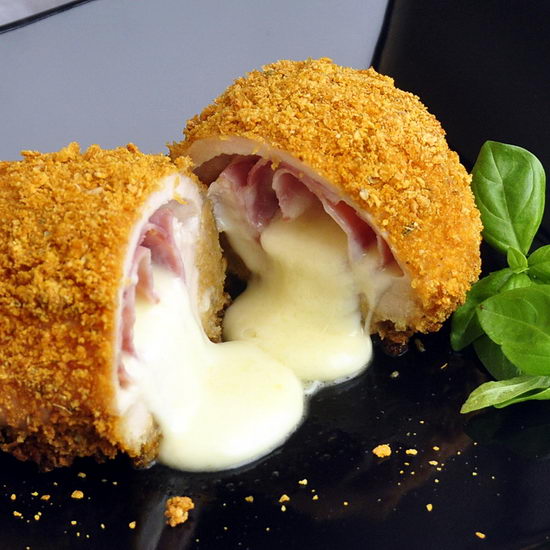 Jaclyn, creator of Cooking Classy, considers herself a blessed wife and mother with a huge love of cooking! She’s no professional chef, photographer or web page designer, but she loves food and that’s what matters! Food is a big part of her life. Her family often joked around saying “food is her life” when she was only about 8 years old. Food is always on her mind. She is always trying to think up the next great meal or dessert. She’d have to say that she is a greater fan of desserts than the actual meal so you may find more desserts on her blog verses entrees. Hope you enjoy! Life is meant to be enjoyed and good food is a key factor in that.
Next Article