Why I Regret Spanking My Child 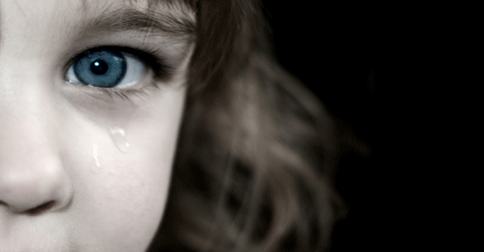 We say it takes a village to raise a child.

It can take a fleet of people to bring home a new baby. Grandparents, neighbors, best friends are all helping the new and bleary-eyed parents with their unfamiliar and exhausting schedule. The dinners are pre-made in the freezer, the laundry folded by a kind grandma, neighbor or mother-in-law are absolutely life savers!

There are countless instances where the village kicks in:

A ride to the pediatrician with your best friend can help you with that cumbersome stroller you’re still getting the hang of collapsing to fit in your trunk…I’ve been there.

When your oldest is sick and you can’t pick up your youngest from school and that helpful neighbor offers to do it for you.

It’s a Pandora’s Box of taboo topics. A minefield of gray that most of us would rather leave to each his own.

However, if it takes a village to raise a child, why do we neglect one of the parts that is so critical to a child’s psyche and molding in how he or she will perceive violence, corporal punishment, and power?

In the case of NFL player, Adrian Peterson, he took a switch, a small branch from a tree and hit the child repeatedly for interfering with another child’s video game.

This is an old-fashioned form of punishment. Probably one our grandparents endured. I think my dad did. We’ve seen it on episodes of Little House on the Prairie when the school master disciplines a student with a switch or stick. Nuns did this in Catholic schools with rulers, headmasters with paddles.

The difference between those situations and the Adrian Peterson situation is the boy’s injuries and wounds look like they were inflicted out of rage and lack of self control.

Discipline should be carried out judicially. Not in a fit of anger.

This is why I can say I regret some of the spankings I gave my daughter. I know that I reacted in the heat of the moment when I gave her the swat on her diapered backside. I know she doesn’t remember these, I’ve asked her. They didn’t leave a mark on her.

Nonetheless, thinking back on those times; I regret them. I acted at my worst. I was tired, frustrated. My daughter had pushed all my buttons at that moment.

In her little 3 year old self, she wielded a lot of power over me. I seethed with frustration and after the warnings and the time-outs didn’t work, or the count to 3, I went to the easy way out.

Sometimes it was a quick smack on the butt, only meant to startle and get her attention. However, if the one swat on the butt didn’t do the trick, maybe two or three would.

If I did spank her, she looked at me as if I’d broken her trust, like I betrayed her. I always felt uncomfortable in my own skin afterwards.

Was I using proper discipline to change her behavior or was I striking out from my own frustration and desperation?

I think in my case it was a bit of both. I can say that she was a good kid and most of the time didn’t take me to that breaking point, but it still doesn’t sit well with me.

What I don’t regret is getting in my kids’ face, making eye contact, physically removing my child from a situation or taking them by the arm to get down on their level and look at them in a situation when their behavior was out of line. My kids knew I meant business and sometimes negotiation with a 2 or 3 year old is difficult, if not impossible. This doesn’t meant resorting to a form of physical violence is the answer either.

Discipline takes time. It takes thought. It isn’t a knee-jerk reaction. Like any societal structure, your home life needs a plan for what to do when the wheels start to fall off the cart.

I know that discipline tactics vary between socio-economic backgrounds, demographics and cultures. Perhaps folks discipline the way they were disciplined. This can continue a negative or positive cycle.

Will this little 4 year old hit his own kid in 20 years? Will he hit his spouse? Does he know the limits between discipline and violence acted out in frustration?

This is what we should be asking ourselves when it comes to our own kids.

Once we get the law involved, oh boy. Do we outlaw spankings? I don’t think so.

I think the law is in place when marks are left. Wounds are visible.

And sure, what happens between a child’s mom and father in the NFL when millions of dollars are at stake is different than a middle class working family in the suburbs that isn’t in the media’s glare.

There could definitely be more to the story of the Adrian Peterson case. I realize this.

What is at the heart of the story, and for thousands of kids everywhere, is a small preschool-aged child with bruises and scars.

Before I had kids, I swore up and down that I would never spank my children. Sandwiched between frustration, exhaustion and my own level of anger, I acted out.

I am sharing my experience only to shed light on this topic. The way we raise our children and discipline them in our homes IS our business and no one else’s, yes. Yet, the discussion we can engage and the awareness we can share, can bring help to struggling parents.

Let’s enlighten each other. Not scorn, shame or categorize.

It does take a village and perhaps we need to get that village talking.

ABOUT REBECCA: Rebecca Gallagher is a SAHM to a teenager and a tweenager. A recovering aspiring actress, she laughs at herself on a daily basis. As Editor of The Bedroom, Rebecca delights our readers, just as she delights her own readers at Frugalista Blog. Rebecca has contributed to three Amazon bestsellers as well as being featured on Scary Mommy, In the Powder Room and is a Huffington Post Parents contributor. When she’s not writing, she enjoys donuts too often, and exercise too infrequently. She has an addiction to makeup and beauty products and an obsession with Daniel Craig.

This post was written by Rebecca Gallagher exclusively for BonBon Break Media, LLC