The Simple Rule that Got My Kids to Love Reading 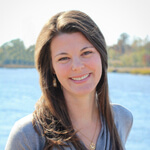 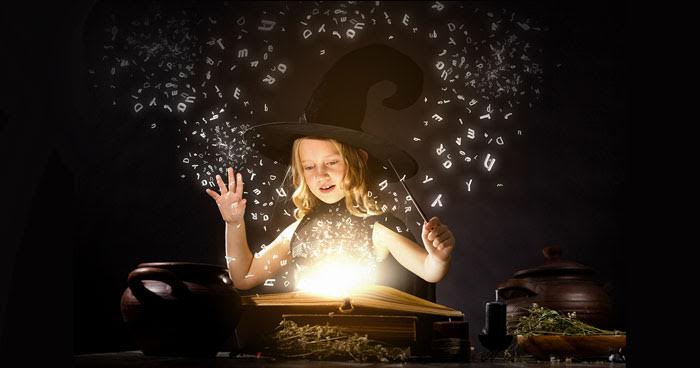 When I was a girl, going to the library felt like a trip to Disney World—the most wondrous place on earth. Not a place so much as a doorway through which I could travel anywhere I wanted alongside a host of literary heroes and friends.

I hoped, when I had kids of my own, that they would naturally adore books the way I always have.

Getting my son to do his 20 minutes of required independent reading at night was like asking him if we could spend 20 minutes ripping Band-Aids off his arms. My daughter liked to read—sort of—but still, it was pretty low on her list of fun activities. And I was sitting there like, “Are you kidding me? Books are the best! I write children’s books, for crying out loud! You people have to love reading!”

Just as I was beginning to despair, I had an idea: what we needed was a bit of magic. The Harry Potter series by J.K. Rowling is my favorite series ever—hilarious, scary, inspiring, thought-provoking, blow-your-mind creative, resonant with boy and girl readers, and a thousand other glorious adjectives all rolled up into one delightful literary adventure—and I thought, if only I could get my kids hooked, they’d never stop reading. But what we needed was some incentive to get them started.

Years earlier, we had established a simple family rule: No book, no movie. If you haven’t read the book, you don’t get to watch the film adaptation.

So we made a deal: We would read Harry Potter and the Sorcerer’s Stone out loud together, and when we were done, we’d have a party to watch the movie.

Within a few pages, the kids were howling with laughter . . . and that was all it took. They were spellbound. My son almost fell out of bed laughing when we reenacted the singing of the Hogwarts school anthem (everyone picks their own tune and sings at their own pace, all at the same time). Every night they begged me, sometimes to the point of harassment, to read more. When we got to the final climactic chapters, we made it a memory: We popped popcorn, made hot chocolate, grabbed blankets, and cuddled up on the couch together, laughing and gasping and shouting at You Know Who.

By the time we said “the end,” the kids’ Harry Potter mania was so intense, I feared their brains might spontaneously combust from anticipation of seeing their favorite characters on screen. We turned the first movie screening into another epic family memory: candy, popcorn, costumes.

After that, I set the kids loose to read the rest of the series at their own pace. They tore through those million-page-long books faster than I believed possible, even though the vocabulary and plot grew increasingly sophisticated.

Every time both kids finished a book, we held another Harry Potter viewing party. The next six months were nothing short of—well, magical. I often caught my kids snuggled up side by side on the couch, reading with smiles on their faces or tears in their eyes. And when my son got frustrated that he couldn’t keep up the pace with his older sister, she’d stop and spend a few hours reading out loud to him to help him catch up.

At the end of a few months, so many wonderful things had happened. We had become a family of readers. We had made a number of delightful family memories, all revolving around books. The kids had bonded over a shared childhood obsession. Their reading skills had leapt several grade levels forward, and they were learning to love other books, too.

Although nothing can duplicate last year’s Harry Potter enchantment, we’ve tried to carry on the family fun with some other book-and-movie experiences. My daughter recently finished reading Anne of Green Gables, and we had a girls’ night watching the beautiful film adaptation afterward.

In the future, we may consider family readings (followed by film showings) of other books: the Percy Jackson series (by Rick Riordan), the Inkheart series (Cornelia Funke), A Series of Unfortunate Events (Lemony Snicket), the Little House series (Laura Ingalls Wilder—suitable for younger kids), and some of the Goosebumps books (a film adaptation starring Jack Black comes out this month). Maybe one day when the kids are old enough, we’ll graduate to young adult books like The Hunger Games, Divergent, and The Maze Runner.

In the meantime, J.K. Rowling has helped us to become a family that reads, and what fun we’ve had living under her spell.

Take a peek at the INSPIRE posts

Elizabeth Laing Thompson writes novels for teens and books for women about living life and building family God’s way. She blogs about the perils and joys of laundry slaying, tantrum taming, and giggle collecting on her author site. A mother of four, she is always tired, but it’s mostly the good kind.
Next Article