Parent vs Friend – Do the Gilmore Girls have a clue? 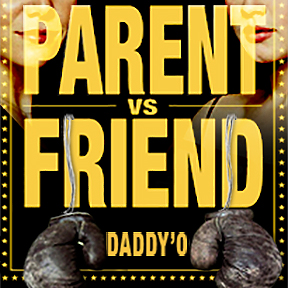 There are lots of stories from my past I’d love to share with my 13 year old, hoping she’ll benefit from one or two, perhaps when she finds herself in similar situations. However, I feel that I filter too many of them thinking, “Too much. Too soon”.

Especially when I’m unsure of which part of my story she’ll selectively take with her & which will simply wind up irrelevant..to her.

There was that time, back in the day, when I jumped out of a friend’s truck as we ventured home at the end of a long night out. I’d love to stretch  the truth and say I got out for the right reasons, but the fact is, the driver shouldn’t have been behind the wheel. Minutes after I got out, my friend split the car in two on a big oak tree in northeast DC, ten minutes from our nation’s capital.

If I chose such a story to tell, would my daughter cling to the fact that I was out late, enjoying a beverage (or two), where I shouldn’t have been or would the significant moral of the story prevail?

With this season d’ amore behind us, it got me thinking about such things..as well as relationships under one’s own roof.  It seems somewhat cut and dry but now that my girls’ latest obsession is Gilmore Girls (thanks Amazon!), it becomes all too foggy again. While I understand Gilmore Girls is fiction, it makes me wonder:

Is there such a thing as too close in a parent/child relationship?

While the whole be their parent, not their friend ideology makes complete sense, who wouldn’t mind if their daughter’s initial desire was to share her latest escapade with them, upon arriving home from a night out? Unquestionably, much less rambling, but nonetheless happy to share?

I know there’s no clear cut rule here, but I’d love to hear your position on how much is too much with your child. Has there been something you shared, that you regretted shortly after? Or perhaps something you held back, only to later feel that it could have altered a loved one’s course?  As a guy, I’m highly allergic to over sharing, so I need a little help with this one.

About DADDY-O: Greg Santomero (aka DaddyO), is first and foremost, a Dad of two creative and spirited girls. He is married to children’s media creator, Angela Santomero (Blue’s Clues, Daniel Tiger’s Neighborhood, Super Why!, etc.).