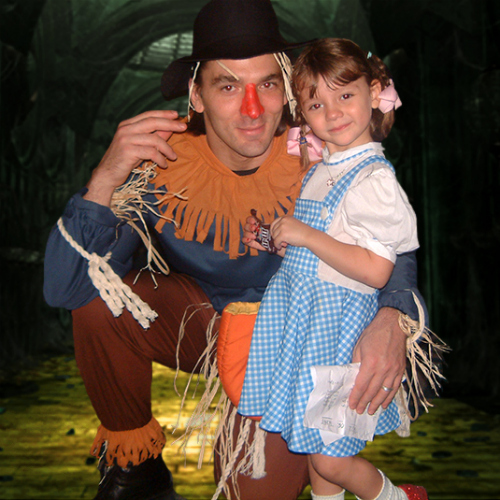 Hello. My name is Greg. Greg with a “G”…not a “C”. While Craig’s a nice name, it’s also the name of my wife’s high school boyfriend. I’m not sure what age I’ll be when I won’t have such a guttural reaction when people make that understandable err. So I guess until then, please…Greg, with a G.

I’m a 6’2”, 225lb ex-collegiate football and rugby player. I’ve got a few Emmys tucked away from my day job, which serve quite nicely when I’m pushed to rib my wife for not having one…not yet anyway.

My grandparents were Italian/Polish immigrants. So, you could say I was raised like many in our generation, the old-fashioned way. Under their roof = their rules. The men did the manly stuff while the women, well…did the rest.

So, it’s probably no surprise that when I was dating Angela (in college), I swore to her that I would never…like never ever, change a diaper.

Once we had our first child, EVERYTHING changed.

I fell in love for the second time in my life.

I left my full-time, staff job at the top network in an attempt to do it all from home. I often see that “Do It All” line on the cover of many women’s mags at the checkout line, but never once, did I think it would pertain to my life.

Taking a size 14 rugby boot to the nose, by some Aussie named Tasman, is a mere walk in the park compared to this parenting thing. Living in the Northeast, I thought we were this progressive crew, but when it comes to gender roles, especially in regards to anything remotely “parenting-ish”, we’ve got a long way to go for a myriad of reasons.

Well, this past Sunday, my eldest daughter turned thirteen. Yes, thirteen! But I’m not ready for..thirteen!!

I feel like I know less about parenting now than I did 13 years ago. However, I’ve got a somewhat unique perspective and some interesting tales from the road to share. And while I periodically post on my wife’s blog, AngelasClues.com, Bonbon Break has welcomed me here to share some more with the incredibly wise, wickedly crafty and über interesting folks that make up Bonbon Break.

Here’s to sharing our journey!