In Defense of Divorce 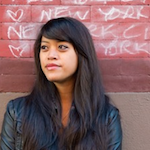 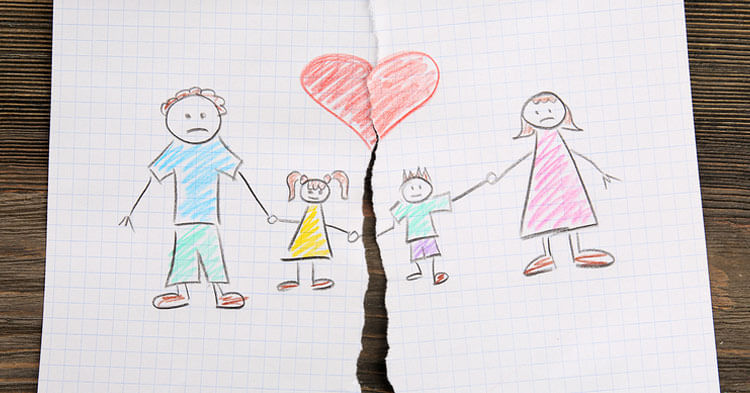 My mother and father separated when I was five years old. It is my earliest and clearest childhood memory.

That night, I woke up in their bed alone. Being an only child, I would lie between them since I was scared of sleeping by myself. As I looked for my parents, a dim hallway light shined through the crack of our bedroom door. When I followed it, I heard my mother’s voice in a stoic tone. She told my father that she was leaving him.

As I opened the door, I saw my parents at the dinner table. They sat across from each other like adversaries. With my body halfway out the door, confusion begged for me to say something. But, fear held me back. The stark scenario seemed like no place for a child, so I remained silent. I closed the door and tucked myself in. I learned that there were worse things in life than sleeping in bed alone.

The country’s 40–50% divorce rate is a loaded statistic that everyone knows. As a child of divorce, I find it especially difficult to ignore. I carry that number in the back of my mind when a friend announces his or her engagement. I think about it when I attend a loved one’s wedding. I dwell on it when I poke holes in my current relationship.

My expectations for love were forever shaped by that night. After seeing my mother leave my father, I would never dare to dream of childish fantasies such as a fairy-tale wedding or a Prince Charming. Instead, I hoped for one thing throughout my life: When I get married, I’ll never get divorced. It was an understandable ambition, but in time, I learned it was a foolish one.

When my parents separated, my mother moved in with one of her girlfriends and my father stayed in our apartment. They made their best attempt at co-parenting by switching off at the end of every week — one week with mom, one week with dad. As they shuttled me back and forth, I witnessed my father’s attempts to win back his wife. He would beg for marriage counseling, ask her out on dates, and deliver sentimental gifts. But my mother’s mind was made up.

One day, he gave her a batch of roses. My mom didn’t know I saw the card.

“Just wanted to know what it felt like to buy you flowers one last time,” it read.

His words did nothing. A few years later, my mother took their relationship to court and filed for divorce.

Although I spent some time in the courtroom, I don’t remember much. Only that I missed a few days of school to address questions asked by monotone lawyers. I played with Silly Putty to keep myself entertained as they spoke. Their words meant nothing. My parents’ marriage was ending. How were my answers supposed to change that? At eight years old, I didn’t have a grasp about what was going on and what was bound to happen. Then, a decision was made, and I was forced to understand. The divorce was finalized, and my mom was granted full custody. This outcome made her the villain. A callous and selfish woman who broke my father’s heart and ruined our family.

That image was a direct contrast to the pedestal that I placed my dad on. While our time together was limited by phone calls and weekend visits, I continued to have a strong relationship with him. He was the cool parent who let me stay up until midnight eating Buffalo wings and watching South Park. Even as he reluctantly re-entered the dating pool, I encouraged him. I hoped for a warm and kind woman who would be loyal to him. And, that’s exactly who he found. A few years after the divorce, he began a new chapter with my current step-mom.

Throughout most of my teenage years, I stuck by the Good Cop and Bad Cop roles that I had assigned to my parents. While I loved my mom, I harbored resentment from the divorce that would manifest itself in the form of bickering and occasional screaming matches. Then, in my early twenties, I experienced my first break-up. That moment forced me to reevaluate my perception of my mother and of divorce.

After three tumultuous years, I ended an on-again-off-again relationship with my high school sweetheart. I did it over Skype during my semester abroad with no other emotion than being annoyed. I found the sound of his cries to be infuriating. When my mom asked me what the last straw was, I told her it was simple. It wasn’t anger or sadness or scorn. I just fell out of love with him. To my surprise, she gave an empathetic smile and nodded. It was then I remembered. That was her same reason for leaving my father.

My mother had explained this to me years ago, but I never understood what she meant. After all, you can’t comprehend the sensation of falling out of love with someone. Not until you experience it for yourself. It’s looking at the person who you’ve known for years and suddenly feeling nothing for them. It’s being able to finish their sentences only to realize that you’ve grown apart. It’s knowing that you love them with the caveat of not being in love with them. When I realized that, I wanted to thank my mother. I wanted to thank her for the divorce that spared my parents from a loveless marriage.

The year after my break-up, I graduated from college. Both of my parents attended the commencement ceremony. My mom wore the biggest smile on her face as she took pictures of me from every angle. My dad looked on proudly as he came hand-in-hand with my step-mom. While my parents had come together on multiple occasions before then, it was one of the first times that their encounter lacked full-scale fights and passive aggressive remarks. Instead, they greeted each other with warmth and respect. The sight of it was an invaluable graduation gift.

When I think about their marriage, it’s easy for me to remember the divorce. The memory of it still breeds occasional doubt when it comes to matters of love. But, I no longer fear it. I understand it. I know that divorce is not the worst thing that can happen to a relationship — unhappiness is. I also found the strength to look beyond the painful past and to see what was in front of me. I saw a strong, independent, and genuinely happy mother. I saw a father who weathered the course of heartbreak to find a new and more compatible wife. More importantly, I saw two parents who continued to love and raise their child together. All of these things and myself were the products of a beautiful divorce.

READ MORE FROM THE BEDROOM

A (Romantic) Dinner For Two

To Fall in Love (again) with Your Spouse, Do This

12 Ways to Make Your Marriage Great

Kristen is a writer born, raised, and based in New York City. She writes copy for an ad agency by day and creative nonfiction for her blog by night. You can check out her stuff in Bustle, Thought Catalog, and other publications. Or, just buy her some whiskey.
Next Article