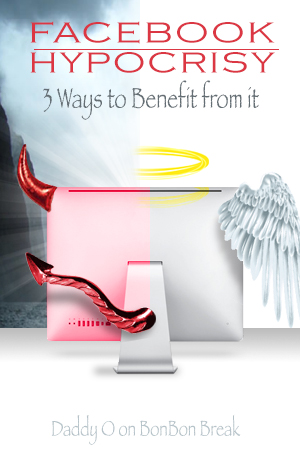 I read  _________’s Facebook post this morning and honestly, this wave of heat erupted from my center, cresting out towards my skin. I’m sure you’ve come across one or two of these. A post which leads you to assume that a friend or family member’s page has been pirated because there’s no correlation between the text and the “supposed” author.

How could such a sleight of appearance be so irksome? Sure, I hadn’t had my 1st cup o’ joe yet, but the thing is, I know him quite well and this is BY NO MEANS HIM. Is he simply confused or does he really think, “Yup. That’s who I am and how I honestly journey through life”? Certainly an app must exist where you can put in a character description, setting, etc. and voila, it spits out a whimsically, fun loving individual that’s sure to get a boatload of smiley faces or sincere comments on an array of social media channels.

Okay. I breathe and move on.

We have two choices when Facebook rage or confusion emerges: A) continue on the road somewhere between Anger Ave. and Bitter Lane OR B) use it as a means to do some internal fall cleaning within ourselves. Because honestly, that’s the only person we have the power to change.

So how do I turn this digital lemon into the proverbial lemonade? By asking myself 3 questions:

1) Do I share objectionable similarities with this person and if so, how can I fix them?
Sometimes when we feel so emotional about an occurence, it’s because it reminds us of something about ourselves. Use others’ negative actions to reflect on our own traits. Applaud it or fix it. You be the judge.

2) Is there something there that I’d like to have or like to be?
We’re all born egocentric and a varying degree of that remains along our path. Allow yourself not only to be inspired, but use that as fuel to take the necessary action

3) Can I be more empathic around my family so that they feel free to be who they truly are?

Nobody likes to be judged, especially by one’s own. And it’s really quite simple, the greater the empathy the lower the hypocrisy. I’m off to get the t-shirts printed up right now!