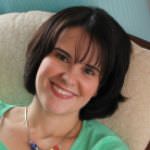 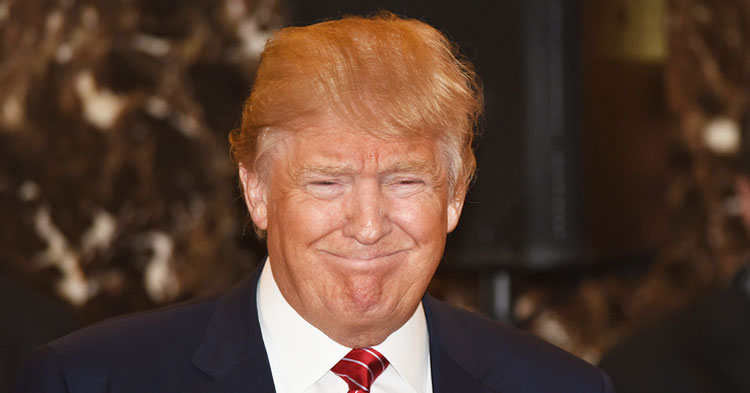 This morning I shared what I thought was a cute anecdote about my kids and their disdain for Donald Trump. I explained how almost daily my two oldest boys (6 yrs and 3 yrs) clamber down the stairs in the morning, grab the Washington Post and eagerly look for pictures of Donald Trump to “X” out. I also shared how now my 21-month-old is getting into the fun and every time he sees a picture of the GOP Nominee he yells “DUMP!! DUMP” and I shared my great pleasure in his toddler mispronunciation.

But then a friend with children older than mine called me out. She said:

“That might sound cute now. But it’s not so cute when they start crossing out pictures of their classmates in the yearbook. I know you don’t like him (and neither do I) but this is a good opportunity to not teach hate. Just speaking from a perspective of a parent with older children. Later, you’ll want your kids to try and find something positive in a classmate, especially one that doesn’t make friends easily. It’s easier to join the “everyone hates him so it’s okay to be mean” mentality. But is that really right?”

In reading her comment, I realized a few things. Primarily, she had a really good point and I told her so. I had no idea kids do that in their yearbooks. When I was a kid we signed each other’s yearbooks and never thought to cross out anyone’s picture. I would be mortified if one of my children ever did that to a classmate. But the bigger thing I realized is that in my disdain for Trump and his rhetoric, and my frequent postings opposing him and showing support for Hillary, I have failed to mention the deep and important conversations I am having with my kids during this election season. Deep, important conversations every parent should be having with their children, regardless of their party affiliation.

My children don’t only know that I dislike Donald Trump, they know why. They know that I do my very best to be informed about the candidates and that my goal is to vote for the person who seeks to do the most good for the most people. I first wrote about this back on election day in 2012 when I was pregnant with my second son, and then again when this primary election season started. I know no candidate is perfect. I know they all have flaws. But I guarantee I will consistently vote for the person who I believe seeks to make life as good as possible for as many people as possible. And I do not believe that is Donald Trump.

So, what is it you ask that Donald Trump is good for?

Because of Donald Trump we have talked about what it means to judge someone by the “content of their character” and not by the color of their skin, or the clothes they wear, or who they love, or their religious beliefs. We have talked about how all men and women deserve to be treated equally and that women are to be viewed as equals and not something to look at or judge harshly. We have talked about race, inequality, and social justice.

And because of Donald Trump we have talked about how even when we really, really, really do not like someone, we still must treat them with dignity and respect; That we cannot hurt someone just because we don’t like them and that we can’t wish bad things upon them (except of course horrible results in the polls) just because we disagree so strongly with them.

So, yes. My kids taking a huge purple crayon and “X”ing out Donald Trump’s face every morning in the paper may seem harsh and unkind. But it’s not. It was initiated by my 6-year-old with no encouragement by me or my husband because he has truly absorbed and understood how deplorable of a candidate we believe Donald Trump to be. And he started “X”ing him out as his 6-year-old way of showing his own disapproval, a way of casting his vote. When he sees Hillary Clinton in the paper he will proudly circle her face.

You see, Donald Trump and Hillary Clinton are not my son’s classmates. They are not peers who have difficulty making friends. No, they are public figures running for the most powerful office in all the land. As good citizens we are required to evaluate them, judge them, and choose between them. This is not the case with classmates. But with politicians it is. And I want my boys to understand from a young age that their voice matters and that they should never be afraid to speak about and share their opinions openly and respectfully. I have no doubt that with the conversations that my husband and I will continue to have with our children in the coming years that they will find ever more effective ways to do that.

But, in the meantime, while Connor yells “Poopie Dump” from the back of our minivan and Ryan and Zach excitedly search for Donald’s face to put an “X” over it I will continue to smile with pride. For I know that they are kind boys, learning about what it means to be accepting and upstanding. They are beginning to grasp the complex details of our political system and these are safe and age-appropriate ways for them to express their feelings and opinions.

But when they’re older if I ever find them “X”ing out the face of a classmate in a yearbook….so help them…

READ MORE ON THE FRONT PORCH

Kristen is a thirty something mom, wife and Social Worker. She loves her three boys, coffee, taking pictures, writing (especially about politics), going on hikes with her guys, running (when she finds the time), laughing, Twix, doing anything as a family of 5, and dancing (but only in the crazy/silly, in the family room with her boys way. She has no actual dance skills). She hates whining and people who ask "will you try for a girl." She likes to think she's a pretty fun and easy going mom. But she is constantly fighting the obsessively organized and structured being that lives deep within. Most days the fun, easy-going mom wins out. She's a mostly stay at home mom. When she does work, it's as a Social Worker who supports children with chronic and terminal illness and their families. Being with these families in their darkest hour is the greatest privilege of her life, besides being wife to Matt and Mom to Ryan, Zachary, and Connor. You can most often find Kristen writing about the crazy, wonderful, hilarious life of mothering three boys at kcamfam.blogspot.com, and recently on her new blog as Demomocrat (She's a Mom. She's a Democrat. She's DeMOMocrat). But, mostly, she's just a mom trying to survive each day with her sanity intact.
Next Article