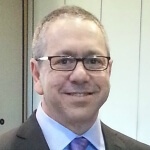 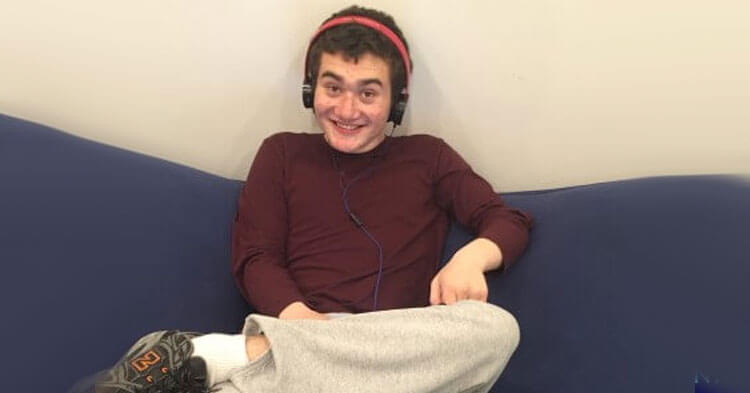 Gordy has been progressing with Rapid Prompting Method (RPM) and is now using a keyboard to help him listen to lessons and answer questions about them. He has been able to express himself in ways that are unbelievable. There is an Autism Safety Fair for Montgomery County and during one of his sessions, Gordy was asked if he wanted to write a letter to the police officer in charge of the event.

The following is his letter to the officer which he did entirely on a keyboard:

My name is Gordy, and I am a teenager with non-speaking autism. I prefer this term rather than low-functioning, because if I am typing you this letter, which I am, I am clearly functioning. I felt very strongly about writing you today, to give a little extra insight on the disconnected links that were supposed to make my brain and body work together in harmony. But, they don’t and that’s okay. You see, life for me and others like me is a daily game, except not fun, of tug-of-war. My brain, which is much like yours, knows what it wants and how to make that clear. My body, which is much like a drunken, almost six-foot toddler, resists.

This letter is not a cry for pity, pity is not what I’m looking for. I love myself just the way I am, drunken toddler body and all. This letter is, however, a cry for attention, recognition and acceptance. With your attention, I can help you recognize the signs of non-speaking autism. If you can recognize the signs, then you will be able to recognize our differences which then leads to the understanding of those differences, which brings us to the wonders of acceptance. With these simple ingredients, together we can create a safe, welcoming and happy environment for both autistics and neurotypicals alike.

The physical signs to look for are flapping hands or some other socially unacceptable movement, words, noises or behavior in general. That’s uncontrollable. With a mind and feelings much like everyone else’s, do you truly believe we like acting that way? I don’t, that’s for sure.

If one becomes aggressive, with biting or hitting for example, obviously protect yourself but there is no reason to use aggression in return. Remember, this aggression is an uncontrollable reaction, most likely triggered by fear.

Nothing means more to people like us than respect. I can tell you with almost one hundred percent certainty the situation will go down a lot easier with this knowledge.

I have nothing but respect for you all and everything you do. If it weren’t for you, I would never have had this opportunity to advocate for myself and other autistics. I look forward to meeting you.

Evan heard back from the police officer Gordy wrote to. This is her letter.

Thanks for reaching out to me. I loved reading the letter!! I would love to meet all of you. I would love to have the letter read and Gordy be present for my recruits instruction. The next class where I teach the recruits about Autism and IDD is in December. I have taught this class since 2010. In the past year we incorporated our MCPD Autism Ambassador Jake to speak directly to the recruits about his experience with law enforcement as well as his behavior and how it’s important for law enforcement to be aware and understanding. I think the recruits would benefit from Gordy’s letter and Gordy as as well.

I instruct the recruits and current officers alike that Autism is a spectrum. I love the non-speaking vs. low functioning. I will remember that from here on out, it’s more than just semantics. I always share with the officers I teach to “never underestimate” a person with Autism. I also teach them to not associate non-verbal with a lack of intelligence. I continuously stress those two thoughts to my officers. Gordy will help to reinforce this idea yet again.

I am the fortunate one, in that I am the one that has the opportunity to see first hand to never underestimate persons with Autism/IDD. This is yet another example. It’s my job to showcase those individuals with the hopes of sending the message home to the officers that will have the interactions in the community.

I would love for you to attend Autism Night Out and have you and Gordy meet Jake and vice versa. Plus, I would love to meet Gordy in person and have our officers meet Gordy as well. Thank you for sharing this with me. I would be so proud for you and your family to see the faces of our recruits when they receive the Autism/IDD instruction. It’s quite moving and usually not a dry eye in the room when Jake finishes. I would love to have you and Gordy be a part of the day. You may consider (this just popped into my head) printing out the email and making copies to hand out to the officers in attendance. Just an idea.  Jake is handing out copies of a social script his mom just had created. I would love to have you all meet Jake’s mom and dad as well. Great people who like you, want to help us educate our officers and beyond!

Reach out to me anytime. I would love to see more from Gordy!

Thanks for making my night.
Laurie.

Shared with permission from Evan Baylinson.

Gordy Baylinson is a non-speaking autistic 16 year old who lives in Potomac, MD with his parents and sister. Gordy learned to communicate via a letterboard a little over a year ago and has recently graduated to communicating with a keyboard. Gordy is excited to finally be able to share his thoughts and feelings after all these years not being to express himself. Gordy is enjoying his new role as an autism advocate. Gordy enjoys going to the beach, pool and playground. He spends a lot of his time watching video clips on You Tube. Evan Baylinson is the proud Dad of Gordy and Zoe. Evan has been married for almost 18 years and calls fatherhood his greatest accomplishment. Evan is an IT Director and in his spare time he likes to ride his bike and smoke meats in his smoker. He loves going to the pool and beach to play with his kids. Evan lived on a kibbutz in Israel for eight years and has dual citizenship.
Next Article