How I Found Peace In An Airport Bathroom 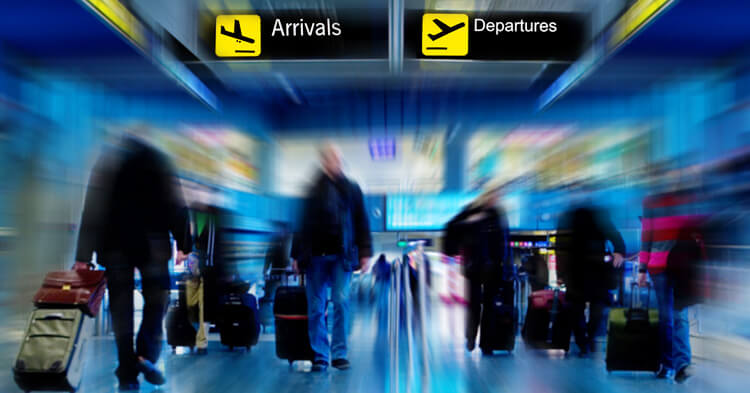 I wish I would’ve learned this in my 30’s, it would’ve saved so much grief, frustration, relational entropy – emotional energy.

I’ve spent most of my life believing that situation determines happiness – the right job, a good boss, money, etc., and I’ve had multiple careers as a result – nothing salves a crappy life better than a drastic change.  There have been some fun moments, tons of things to be learned, not many of which have helped in my latest career – Stay At Home Dad (SAHD).  Regardless of where I’ve landed vocationally, there’s always been a nagging compulsion to change everything as soon as life becomes stale, boring, unjust, or downright bad.

Feeling like I can’t be happy until things change has always made me downright bitter, especially in those times where I was powerless to change things. There’s nothing worse than being stuck, feeling like you’re supposed to be somewhere else.

Everything changed in my late 40’s when I was assaulted in a men’s airport restroom.

I left my wife at the gate with 3 crazy kids, hoping to be back in time to board.  This particular facility was attended by a soon-to-be elderly gentleman of Middle Eastern descent. I’ve got some pictures in my head of what retirement will look like.  At worst I’ll be handing out carts at WalMart by day, smoking cigars and watching Lostreruns by night.  Bathroom attendant?  Not on the table.

This guy said nothing, and everything.  He had an air of dignity and self respect as he looked me in the eye and nodded. I felt like I mattered – a break from the desert of meaninglessness through which I usually trod.  I turned around and put some money in his tip jar, then felt like I should patronize one of the items neatly arranged on his counter. I dabbed some cologne on my neck, tried to give a similar nod, and headed back to the gate.

I couldn’t shake it. He seemed happy – working in an airport restroom all. day. long.  Funny how we can sense when someone’s happy.  Like hungry dogs can smell a bologna sandwich ten miles away, people smell peace.  This guy had it in spades; you couldn’t get past him without getting it all over you.

I’ve been a pastor, pilot, restaurant manager, banker, and now I have 5 hours five days a week to kick back while my kids are at school and my wife goes off to support us all.  This guy’s happy and I’m not? He’s at peace and I’m so typically torqued?  What’s missing?

When the kids are crazy, when my wife and I are fighting, when I screw up and everyone’s talking about it, when I walk out of the doctor’s office with a diagnosis for Rheumatoid Arthritis – when my life seems like an endless day in a restroom – I can still be thankful, at peace. I might even be able to infect someone. I’m new to this and sometimes not very good at it, but slowly learning that, somehow, every day, I have what I need.

So, thank you nameless guy who’s cheap cologne I’ll never forget.  Our 20 second encounter, and the way you’re living your life has incited me to change mine – to get rid of some caustic attitudes, to open my eyes about what’s truly good and beautiful.  You slapped me in the face with your peace, your self-dignity, and your respect, and got some on me.

Didn’t see that one coming.

READ MORE FROM THE BEDROOM

Mark Landry is a newly hired stay-at-home butler to three little girls, living in downtown Denver with his wife of 15 years, golfing occasionally, mentoring some, blogging frequently at www.peacehacks.com.
Next Article