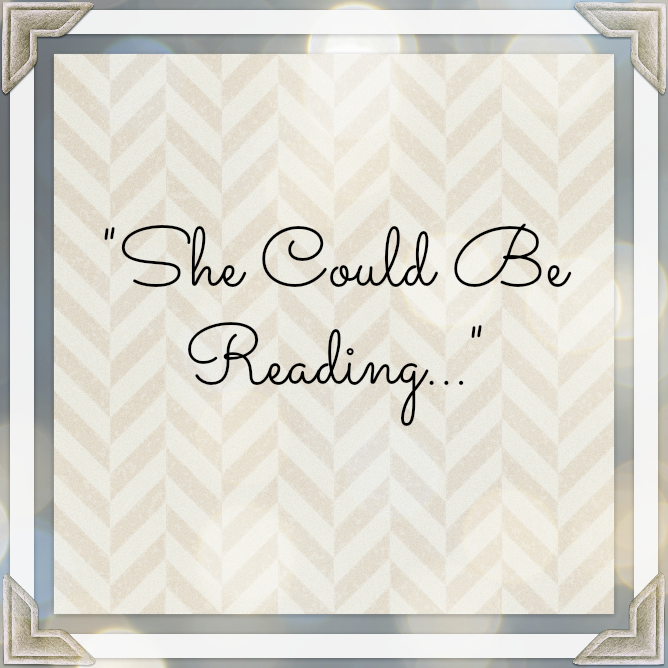 And sentences and paragraphs and sometimes even entire pages.

These are the book fragments that took hold of me and will be with me forever.

If you were wandering through my book stacks, it would be easy to find the books I love best at their roots.

In these books, you will see many of those tiny, colorful “flags” marking the pages that have strings of words that made me catch my breath … sometimes because they were achingly beautiful or true or often because they made me feel as if the writer had captured something I had been carrying around in my head but had never found the words for.

And also bits that were wry and funny and made me laugh out loud or were delivered with the impeccable timing of a comedian.

I just finished reading The Unlikely Pilgrimage of Harold Fry by Rachel Joyce, and in the back of my copy, there was an interview with Joyce in which she talks about the shape-shifting way that a writer’s words are transformed by each reader.

This is the gist of what she said:

“I once told someone about a book I had read and how much I wished I’d written it. She said to me, ‘But in feeling the way you do, you have written it.’ I had never thought of reading in this way before, but I think about it a lot now. Reading is a creative process. As writers, we must do everything we can to make a world that stands up as if it could be a real one. … After that, the reader meets you halfway. The reader fills out your words with pictures, with breath, with feeling.”

It feels a bit like side-stepping my essay assignment, but I want to share some of the phrases and sentences and passages I’ve collected fondly over the years — the ones that I still turn back to or even post on the wall of words and photos I have in my room.

These are chosen at random and come from fiction, essays, poetry and nonfiction. I hope some of them make you catch your breath — or laugh out loud.

I found this one through my book club, and it is among my most flagged/underlined books.

I’m terrible at writing book summaries, but the gist is that it is about a dying woman who is reliving parts of her past – the good and the bad, but especially a single pivotal, vivid weekend (and man) – as she moves in and out of consciousness and reality.

Where were you all this time? she said. Where have you been?

I guess far away.

Yes, you were. Too far away.

They sat in silence.

You know you frightened me a little. At the beginning.

He smiled at that.

You looked as if you didn’t need anyone, she said.

But those are the ones who need the most, he said.

Don’t you know that?

I do know, she said. Too late.

Never too late to know something, he said.

Maybe not, she said. But too late to do any good.

“She was pulling a rope out of the water and knew it was coming to the end when the barnacles started to appear and they became more think and clustered. Then it was strangely peaceful and the sound was turned off. She stood at the bow of a ship. If only she could have stood this way above the water and really breathed and let the waves go by like pages being turned and watched everything more closely and chosen things more carefully then she might have been able to read the spirit within herself and would not have spent her life as if she were only halfway in it.

“For a moment she felt an astonishing brilliance and heat and light and all of herself flared up and the vibration after sixty-five years was not weakened by time but more dense then suddenly it was as if the flame had caught the flimsiest piece of paper for it flickered up and flew into the air then quickly sank down withered into a thin cinder of ash which blew off, inconsequential. Her life had not been long enough for her to know the whole of herself, it had not been long enough or wide.”

If you haven’t read Hempel’s short stories, I highly recommend this collection.

“… I want him to know what it clearly seems to me: that if it’s true your life flashes past your eyes before you die, then it is also the truth that your life rushes forth when you’re ready to start to truly be alive.”

I had my own bed. I slept in  it alone, except for those times when we needed – not sex – but sex was how we got there.

(from “Nashville Gone to Ashes”)

This short novel is one of those that I found “hard going” at points (can’t recall encountering so many words I’d never heard of in a novel). But the many strings of words I loved along the way were worth every minute I spent re-reading a character’s train of thought, trying to get it.

“Lou held nothing back, but [Maytree] knew he never reached it all.”

“One morning Lou told him that their sleeping outdoors on fair nights was scandalizing neighbors–always invigorating.”

“Tomorrow is another day only up to a point.”

“She ignored whatever did not interest her. With those blows she opened her days like a pinata. A hundred freedoms fell on her. She hitched free years to her lifespan like a kite tail. Everyone envied her the time she had, not noticing that they had equal time.”

“… and a painting book in which I could make the grass, the trees, the sea and the animals any color I pleased, and still the dazzling sky-blue sheep are grazing in the red field under the rainbow-billed and pea-green birds.”

“… Our snow was not only shaken from whitewash buckets down the sky, it came shawling out of the ground and swam and drifted out of the arms and hands and bodies of the trees; snow grew overnight on the roofs of the houses like a pure and grandfather moss, minutely white-ivied the walls and settled on the postman, opening the gate, like a dumb, numb thunderstorm of white, torn Christmas cards.”

This is the most real/reassuring book on motherhood/parenting I’ve ever encountered.

“I just can’t get over how much babies cry. I really had no idea what I was getting into. To tell you the truth, I thought it would be more like getting a cat.”

“There are times when he experiences bad things, pain or fear or hurt feelings, and he clings to me like a wet cat, like a cat you’re trying to bathe in the sink who tries to climb onto your head.”

“We would talk with great animation for awhile and then be quiet again. My father and I could do this, too. It is so profoundly, comforting and beautiful, the minuet of old friendships.”

All of Charles Frazier’s books are generously flagged; this passage reminds me of the way I felt every time I read Little Women, desperately wanting Jo to choose Laurie after all.

“Choosing incorrectly means losing it all. I turn the pages and read on, hoping Lancelot will choose better if given one more chance. I want him to claim love over everything, but so far he has failed. How many more chances will I be able to give him?

“The gist of the story is that even when all else is lost and gone forever, there is yearning. One of the few welcome lessons age teaches is that only desire trumps time.”

This is my newest source of collected words; I loved this book.

“The regrets about all she had let go flooded her. Where had all that enterprise gone? All that energy? Why had she never traveled? Or had more sex when she could? She had bleached and annihilated every waking moment of the last twenty years. Anything, rather than feel.”

“It must be the same all over England. People were buying milk, or filling their cars with petrol, or even posting letters. And what no one else knew was the appalling weight of the thing they were carrying inside. The inhuman effort it took sometimes to be normal, and a part of things that appeared both easy and every day. The loneliness of that.”

“He wished the man would honor the true meaning of words, instead of using them as ammunition.”

“The world was made up of people putting one foot in front of the other; and a life might appear ordinary simple because the person living it had been doing so for a long time. Harold could no longer pass a stranger without acknowledging the truth that everyone was the same, and also unique; and that this was the dilemma of being human.”

‎”If you think of the world without people it’s about the most perfect thing there ever is. It’s all balanced and s%#t. But then come the people, and they #@$% it up. It’s like you got Aretha Franklin in your bedroom and she’s just giving it her all, she’s singing just for you, she’s on fire … and then all of a sudden out pops Barry Manilow from behind the curtains.”

“‘Every book is a miracle,’ Bill said. ‘Every book represents a moment when someone sat quietly – and that quiet is part of the miracle, make no mistake – and tried to tell the rest of us a story.’

“Bud could talk ceaselessly  about the hope of books, the promise of books. He said it was no accident that a book opened like a door. Also, he said, intuiting one of my neuroses, I could use books to put order to chaos.”

What words have you collected from your favorite books?

I’ll close with one final quote from Annie Dillard’s The Maytrees:

“Otherwise, she agreed with many out here who like her found it prudent not to waste life’s few years cultivating and displaying good taste. To whom? She could be reading.”

Carla Atkinson is a longtime writer and editor of just about everything but fiction. She has worked on very weighty and serious magazines about former Soviet-bloc countries as well as strictly fun projects, including serving as the editor of the official magazine about the making of The Lord of the Rings movies, created with New Line Cinema.

She and her 12-year-old daughter have been writing ” Lost in a Book, a kids’ book blog, together since 2011. After working up the nerve to try making up a story of her own, she has finished a draft of a magical realism novel for kids (her daughter pronounced it “addicting,” wise child that she is).  Read. Write. Run. is Carla’s personal blog.

This post was written exclusively by Carla Atkinson for Bonbon Break Media, LLC and Mission Read 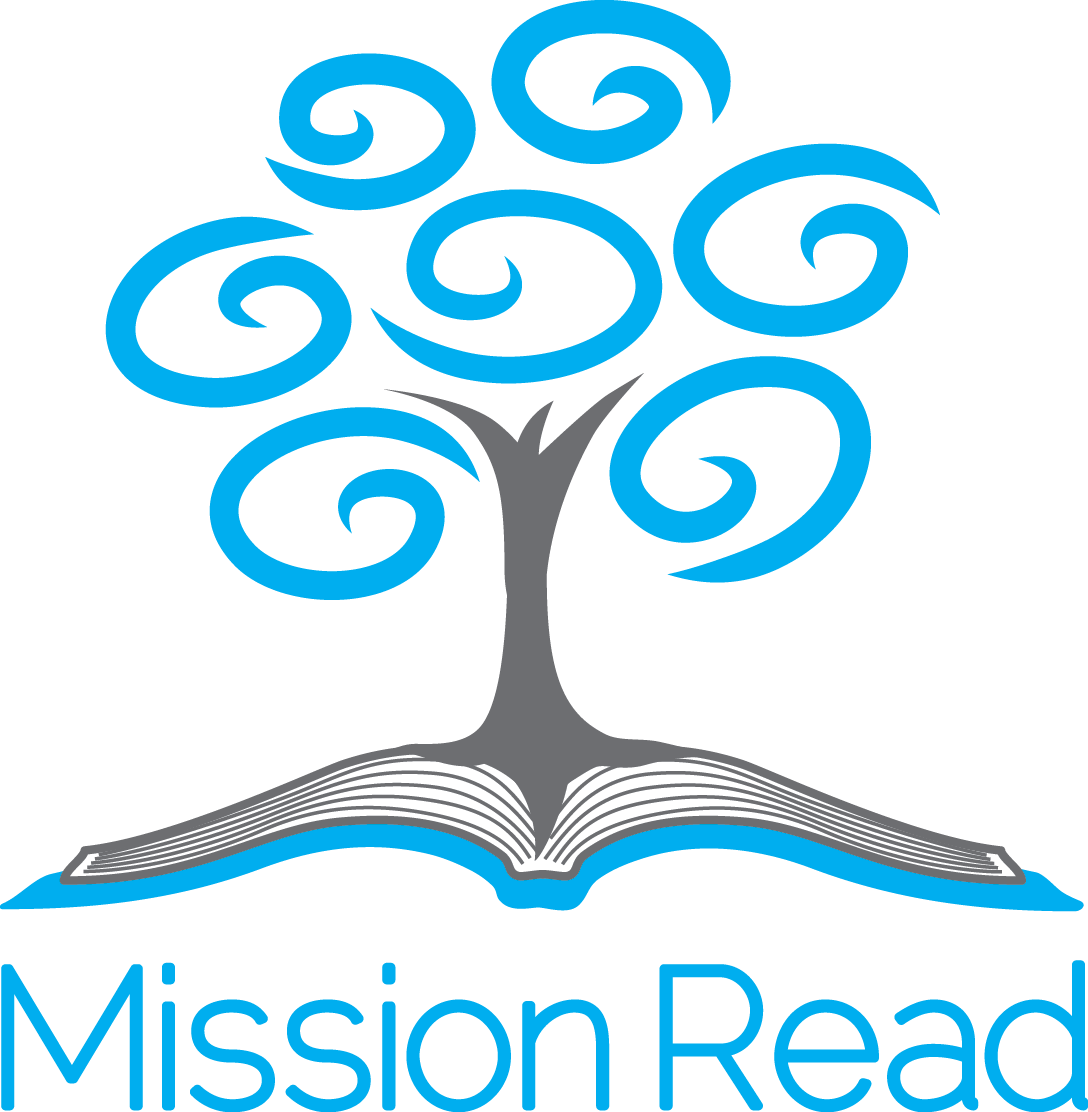