Why I Stopped Listening to the Experts 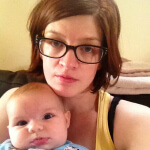 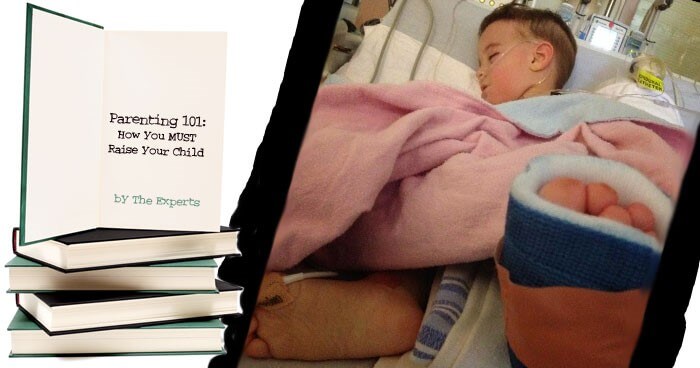 My son Branko, has a very annoying and destructive chronic illness and has had hospital stays anywhere between two and 24 days. I had never even been inside a children’s hospital until he was first diagnosed. I had never known anyone who had a kid with a chronic illness. I was a new mom and already overwhelmed by the newsletters, the mommy group chats, and all the parenting advice from all the others who had done it all flawlessly before me.

Here we were, trying to navigate the uncharted waters of a rare genetic disease while also trying to figure out all the regular baby stuff. How many hours could he stay awake in between naps before we ruined his chances of getting into University? How many hours a day should I carry/ wear him so that he makes the most number of friends in kindergarten? I had to sift through multiple expert opinions, picking out the ones that might possibly be applicable to someone in Branko’s state of health. It’s still a bit hard, especially with the steady flow of articles espousing the dangers of too much or too little playtime/ food/ stimulation/ plastics/ fun/ preservatives.

Branko is now four years old, and he is kind of kicking this genetic disease’s butt right now. People often say, “I just don’t know how you do it!” To be perfectly honest, I don’t know how we do it, either. All I know is that my husband and I are really great at making split-second decisions and inventing our own parenting rules on the fly. Here are a handful of the seven thousand “regular” rules we’ve broken, just in case you are a parent who needs to make yourself feel a bit better right now.

The Experts Say: No screen time for the first two years
Our reality: We birthed a YouTube Addict

Branko has unlimited screen time when he’s in the hospital. And it’s not just the iPad. The TV usually needs to be on as well. Not too long ago, he had a slight addiction to Kinder Egg “unwrapping” videos on YouTube, the ones that feature a pair of hands unwrapping, cracking open, and then playing with the toy inside each egg. He would watch these, over and over and over, eyes glazed and mouth slightly ajar, ready to shout “AGAIN” once the video ended. If we were too slow, he would cry. Then I would cry.

Right now we cannot even say the words “you” and “tube” in our home, in any combination or context. I once said “yoo hoo” as in “look over here!” I quickly noticed his excitement and immediately confirmed that no, YouTube doesn’t work anymore. They deleted it from the internet, Branko, because of all the iPads being flung out of moving vehicles.

The Experts say: Four Servings of Fruits and Vegetables Each Day
Our reality: Chocolate Donut Marathons

For exactly 11 days while in the hospital, he ate only chocolate donuts (Timbits, actually) for breakfast, lunch, and dinner. We gave him loads of other options. His respirologist would laugh: At least he’s getting some calories! No, impossibly-young-and-well-rested-doctor, you don’t have to stare at his chocolate-stained teeth and his maniacal grin while he holds both an iPad and a cell phone, watching the creepy “Superbabies” episode of Dora over and over and over on the TV. You didn’t have a panic attack when the Tim Horton’s downstairs ran out of chocolate donuts, which, of course, would only happen in our hospital, during this particular hospital stay.

I would also like to point out that Branko developed a fondness for real Kinder Eggs at some point last year. Of course, he was only interested in opening them and playing with the toy, and not the actual chocolate. He would either throw it on the floor or toss it my way. “Here you go, Mama.” Thanks, dude.

Kids are supposed to have schedules, right? They apparently thrive on consistency. Well, sorry, Today’s Parent, we have zero consistency when Branko’s sick. We are constantly being interrupted by these horrible monsters with stethoscopes and needles who go from room to room in an effort to traumatize as many people as possible per hour. They never come at the same time two days in a row. It’s never the same person two days in a row. And why are vitals taken every three hours today when they were every one hour yesterday? Why do physiotherapists only enter the room at the exact moment Branko’s eyes close for a nap? WHY WHY WHY.

Putting a child to bed in the hospital? Need some useful tips? Sorry, I got nothing. It’s terrible. Like Vegas, it always feels like it’s the same time of day, so when it is, in fact, dark outside and you share this with your child, don’t be surprised if they laugh at you for a minimum of three minutes. Don’t be surprised if you let them watch Jurassic Park until 11:30 pm without even fast-forwarding all the parts with the Australian “clever girl” dude who’s the master of the velociraptors (or so he thinks, right?). Don’t be surprised if you find yourself buzzing the nurse and trying to convince him to give your son a splash of the ol’ Tylenol/ morphine combo that has the dependable result of at least two hours of uninterrupted sleep.

The Experts Say: Make Bathtime Fun!
Our reality: He has fake baths (so that people don’t judge us)

I’ll admit, I am a little hard on people when I see their dirty, typically-developing child walking around with his fist up his nose. Sorry. My first thought: gross. My second thought: my son never looked as awful as your kid and he’s had six casts in two years. That’s a total of 26 weeks where we didn’t give him a proper bath. Our trick? Just fake it. We wipe him down whenever we see actual gunk on his body. And we usually do it in front of a nurse to emphasize how we are truly great parents.

There is no way to make the process of cleaning a sick child fun. I’m sure there is a logical reason behind it, but the last thing Branko wants, ever, is water touching him. He hates having anything removed from his body once it’s stuck on there. I am quite positive he has an ECG sticker somewhere on his chest from eight months ago.

We sometimes play a game where I smell his feet and pretend to pass out and die. He loves it! It still gets him every time. The thing is – I have sometimes felt like I was going to pass out. There is nothing like stinky-little-boy smell combined with 6 to 12 weeks in a cast smell. Even though he smells awful he at least looks clean. And appearances are what really matter, right?

Branko also wears leg braces and thick, thigh-high socks, and these things are just plain difficult to put on. It’s so difficult that I have been known to just leave them on for a few days at a time. If you are a visual person, imagine attempting to put pantyhose on either a zebra or a feral cat. I mean, you’d get the job done, of course you would, you brilliant thing! But you would have many, many stories afterward. And like me, you would try your best to avoid doing it again, at least until his father mentions that the socks have been on for a week (or three).

I realize that I shouldn’t be too hard on myself. I get it. These rules are the “best case scenario” when parenting. I absolutely realize that children in the hospital need to be made comfortable, and if that means Kinder Eggs, Jurassic Park, and stinkiness for short periods of time, then so be it.

As I mentioned, Branko is slowly getting better. He hasn’t been hospitalized in about eight months, which is a world record for him. We are now in the process of trying to establish a consistent routine, which includes three actual non-chocolate meals every day. So far, it’s going really well, except for the fact that I have to bribe him with one hour of TV, two hours of iPad, and sometimes, a five-dollar bill.  I have found the whole thing quite difficult. I’m not really used to being strict and stern and consistent with him, especially when my go-to parenting mantra used to be, “just do whatever.”

To all the parents out there who don’t have chronically ill kids – I just don’t know how you do it!

Jennifer is a teacher and mother of two kids, Branko and Nina. Branko was born with a rare genetic condition that has resulted in a variety of serious health conditions, two of which are a penchant for Dora and all things Disney.
Next Article