Why I Won’t Teach My Children Racial Tolerance 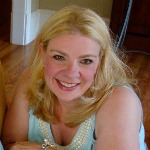 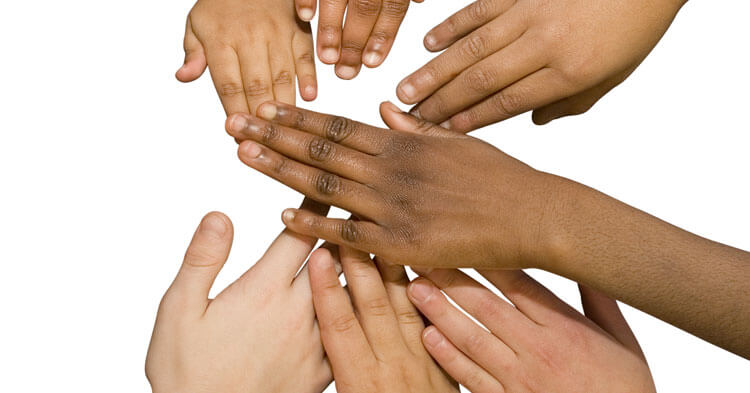 My body goes cold reading about another person of color shot by police officers. It’s visceral – I’m frozen, but my mind is ablaze. “Not again…NO! Not again.” Then my thoughts drift to the life-changing split second when the trigger was squeezed; gunpowder exploded, and the thick red blood drained onto the asphalt. In those moments, a mother who was a lot like me shattered into a million pieces. I imagine when, or if those pieces come back together, she will be a very different person.

Deep at the heart of all the media noise – I grieve for the women. These mothers, grandmothers, sisters, aunts, wives, daughters who are all now irretrievably shattered. I think of the exhilaration in the moments when this now broken mother welcomed her sparkly new baby into the world. Maybe she lay skin to skin with him and breathed in his beautiful new baby scent? She would have wept tears of joy as she gently stroked his head, sang to him and immediately loved him fiercely. Just like me.

Now her tears flow and burn hot with rage and anguish at the person who shot and killed her child. At a society that doesn’t care or won’t do anything about it. Because her son’s life had no value to them.

What went horribly wrong after mother and child began their life’s journey together? It’s a complex and tangled web. But at its center – her baby came into a world that viewed him as dangerous, even denied his humanity – simply because of who he was.

I spent years as a civil rights attorney but chose to stay home after my first son was born. So now what can I do? How can I make a contribution? I spent hours struggling to figure out if there is anything I can do. Then it hit me. Wait a blessed minute. I’m doing the most important job in the world, raising tiny humans to affect the future; to spread their ideas and share themselves with the world. That’s it! My children, your children, OUR children will be an instrumental part of making the future better! At that moment, I decided never to teach my children racial tolerance. Here’s why I won’t teach my children racial tolerance and what I’m doing instead.

WHY TEACH CHILDREN ABOUT RACE AT ALL? DON’T KIDS JUST GET IT?

It came to my attention that white families don’t have conversations to teach children about race the first time I read Nurture Shock by Po Bronson and Ashley Merryman. I hadn’t even considered it before. I just assumed that if we were nice to everyone, didn’t make any distinctions; the boys would see us modeling non-racist behavior and would just “get it.” Apparently, other white parents have similar thoughts.

So here’s the deal. It doesn’t work. All children naturally classify people and things. From an evolutionary standpoint, others who looked like you were assumed to be “safe.” So children don’t “just get it” when left to their own devices.

“For decades, we assumed that children will only see race when society points it out to them…However, child development researchers have increasingly begun to question that presumption.  They argue that children see racial differences as much as they see the difference between pink and blue – but we tell kids that “pink” means for girls and “blue” is for boys.  “White” and “black” are mysteries we leave them to figure out on their own,” argue authors Po Bronson and Ashley Merryman.

The more I thought about it – why would children “just get it?” Sheesh! When my son was younger, I had to explain to him why he couldn’t throw his food on the floor – of course, children don’t just “get it!”

According to Merriam-Webster, tolerance is defined as:

…2a :  sympathy or indulgence for beliefs or practices differing from or conflicting with one’s own

2b :  the act of allowing something :  toleration

3:  the allowable deviation from a standard; especially :  the range of variation permitted in maintaining a specified dimension in machining a piece

4a (1) :  the capacity of the body to endure or become less responsive to a substance (as a drug) or a physiological insult especially with repeated use or exposure…

WHAT I WANT TO TEACH INSTEAD OF RACIAL TOLERANCE

As parents, we naturally recognize value in all kinds of diversity. There are so many ways that we work to inject cultural diversity into our children’s lives. Putamayo music is an example of music that celebrates various cultures and, as parents, we clamor to buy it to expand our children’s minds. Many of us want to travel with our children to expose them to different cultures so that they can better understand people who are different from them, and appreciate various cultures and ways of doing things that are different from their own. While we academically recognize the value of diversity, we’ve forgotten that America is the original land of diversity. What we want children to appreciate is in our own backyard!

One way to start exploring and truly appreciating diversity right here at home – is to start a conversation. A simple, complex, messy, sloppy, conversation. And have them often. Exercise your race conversation muscle. Wrestle with tough ideas. What if we regularly remarked on various aspects of race? What if we routinely asked our children hard questions like “What do you think it feels like for Andrew being the only boy of color at the party?” and “How would you feel if you were the only white boy at a party?” What if we ask “Do you think people of color can be doctors or businessmen or judges?”

The more that we imagine ourselves and our friends as that shattered mother, the more we can realize that we are capable of doing much more. It’s no longer a matter of not knowing better. And we must strive to do better. As mothers, we must be courageous enough to take the first step. As mothers, as women, I know this is our calling. We can do this! I challenge you to start that conversation with your child today.

Walk in My Shoes, White Mom

Edit Form Data Karen is a life long Georgian, a foodie and lover of red wine. Karen enjoys cooking, hiking, gardening, and shopping. She and her partner of 17 years have two young boys who have changed Karen's world from one of practicing law to one big sloppy hot love and frustration filled imperfection.
Next Article