What I’ve Learned: The Naughty Spot 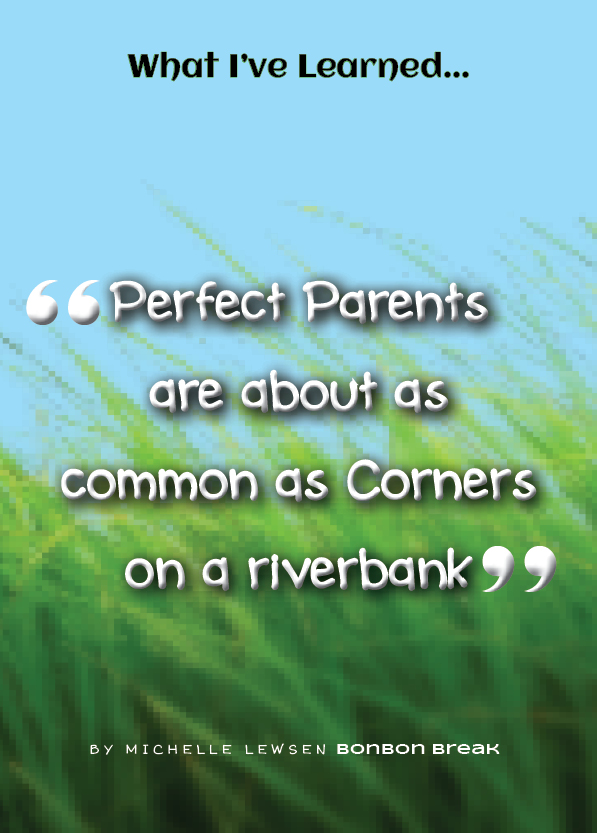 Today I’m going to tell you a story about when Little Man was around three years old. He had skipped the Terrible Twos, leading us to believe that we were in safe territory. Until he hit The Threes. (Just because there isn’t a scary “th” word to describe this age and stage does not render it free from torment, I can assure you.)

The Threes hit and along with his newfound language skills came the defiant behaviour that us parenty types talk about lovingly… once our kids are asleep in bed.

When the day came that all our methods of correcting his behaviour failed, we knew it was time for (cue foreboding music) The Naughty Spot, Super Nanny style. Much to our surprise, and delight this method worked astonishingly well. Instead of calling it “the naughty spot”, we used “The Corner” (original, I know) because there’s a corner wherever you might go, so we could – GASP – take this disciplinary technique with us. Genius, I tell ya.

Whenever Little Man defied The Law, he was sentenced to hard time in The Corner. There he would sit, bottom lip protruding, and think about how unfair life was his evil ways. After the requisite three minutes (Super Nanny said one minute per year and he had exited the womb three years previously) he’d come out and we would discuss the issue of the moment, he’d apologise (begrudgingly, but we take what we get), we’d hug and happily move on.

Wonderful, yes? Uh… Yeah. Until the day he misbehaved at a family picnic. As I mentioned before, The Corner was fully portable. Except for when there wasn’t a corner.

Picture it: a magnificent Summer’s day with the entire extended family picnicking on a riverbank. I was still at that delusional stage of Parenthood when you feel the need to present “perfect” kids and “perfect” parenting to the world. Of course, on cue, Little Man decided that this was the day he would punch Darren, closed-fisted, in the nose.

If you’ve ever seen someone being unexpectedly punched in the nose by someone else (even a three year old), you’ll know that the reaction isn’t one of gentle and understanding behaviour modification.

With all eyes on us, we had to handle this right and maintain the delusion that we were Perfect Parents. Remember, we were at the river, surrounded by grass and water with no corner to be found.

Darren marched Little Man off to the nearest tree and, while marching, declared gravely, “This tree is The Corner.”

Bottom-lip protruding, Little Man faced his fate. Once at the tree, he turned around and began to sit down. This is where it all went pear-shaped…

As Little Bum was making its descent, Darren noticed a sizeable and very fresh dog turd. Right under the tree. In The Corner. In slow motion, we all watched in horror as Little Man’s Little Bum made its descent with pinpoint accuracy.

Darren’s reflexes (impaired by five straight years of sleep deprivation) were not quick enough.  There was no stopping the inevitable. As the family yelled, “Pooooo!” in acapella chorus, Little Man’s bum touched down on… the… turd.

Now what? A parental quandary!

If we made him stay in the corner for the three minutes (Super Nanny DID say that there are NO exceptions and that you never allow any leeway and quite frankly, we were a little worried that she and her hidden camera crew could pop out of the bushes at any moment and tell us that our lack of discipline was unacceptable) then he would have to sit in poo, making us horribly bad parents.

If we told him to get up off the turd, therefore cancelling the three minutes of thinking time in the corner as well as the punishment, we would be demonstrating weakness and losing our power over the mighty and scary Three Year Old. But he wouldn’t be sitting in poo and nobody would be forced to call In the authorities.

You’ll be relieved to know that Little Man did not stay in The Corner. His shorts did, however, remain at that picnic spot. In the closest bin.

I have some news for Super Nanny: breaking the three minute rule didn’t throw the world out of orbit. In fact, we discovered that sitting in a giant, fresh, steaming pile of dog turd is punishment enough.

That day, Little Man learned that punching anyone in the face will likely land you in poo. Darren and I learned that Perfect Parents are about as common as Corners on a riverbank.

ABOUT MICHELLE: Michelle Lewsen is Editor at Bonbon Break. She has 18 years’ experience in the advertising industry and multiple International awards under her belt. Most recently she was selected as a BlogHer Voice of the Year in the “Inspiration” category. She is  also the founder of theycallmemummy.com – a website for women (parents and non-parents, alike) covering a wide range of topics from parenting to work-life balance to mental health and fitness.