Top Tips for Traveling Solo at the Airport 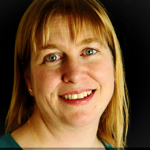 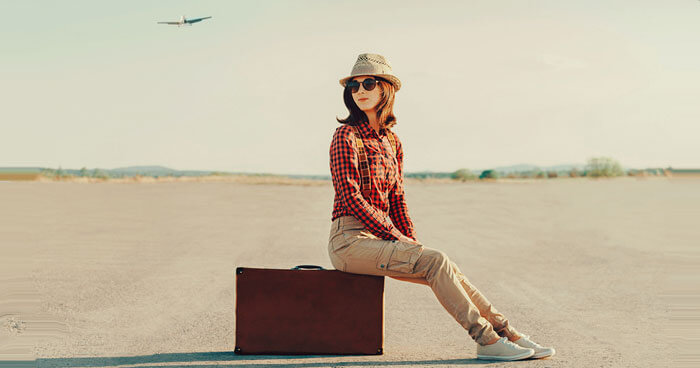 In 1997, I took the first of many solo trips – the first, a group trip skiing in the French Alps; the second, a volunteer trip away in Greece for five weeks, then Egypt for four weeks. I spent a lot of time in airports and on buses, trains and taxis that year. Since then I’ve flown solo to various destinations around the world. Backwards and forwards to Greece when working as a volunteer out there, from the United Kingdom to Costa Rica via various routes numerous times a year, and from Costa Rica to the United States.

Going to the airport solo isn’t like traveling with friends and family. Making those first steps can be really daunting. Here are my top tips for traveling solo at the airport.

Not all airports have baggage carts, and in a lot of airports the carts require a local currency coin to use them. So do pack sensibly as you will need to be able to walk around, and it could be for quite long distances from your arrival point to the check-in desk. It wasn’t until I got married that I owned a suitcase (we actually won them!). I’d always had a backpack and if I could not carry it, then it wasn’t coming with me. My test for whether I could manage the weight, was to stand and watch the news on television (around 20 minutes) with the backpack on, full of the stuff I wanted to take, plus my day pack. If I couldn’t do it, then things had to go.

Baggage carts, restrooms, vending machines, the overly helpful guy that won’t put your bag down as you step out of a cab – all these require local currency in coins. At some destinations, it’s easy to get hold of coins for as friends and family may have some lying around. Alternatively, when you get your travel money, get the lowest domination note and change it for something as soon as you arrive.

Everyone knows that carrying liquids in your carry-on has some limitations. You can only carry items that are 100ml/ 3 oz or less in a ziplock bag, and this includes toothpaste and lip salves. Ditch your water before you enter the line, or drink it but keep the empty bottle or use a refillable bottle. Keep your liquids bag right at the top of your carry on. Get it out in the queue for security and let it go through the x-ray machines. As soon as you get to the other side, either fill up your water bottle from a water fountain or go and buy one.

Yes, bring a real book with you – something that you know you will be interested in reading. What you don’t want to do is find out you have a delay and end up wearing out the batteries on your e-reader. When I traveled in the 90’s, this wasn’t a problem as there were no e-readers back in the dark ages of backpacking, but I always had at least one book that I could pull out.

GET THROUGH TO THE DEPARTURE LOUNGE ASAP

As soon as you have checked in, try to get to the departure lounge as soon as possible, instead of hanging about in other areas.  There are normally a lot more seats there, and usually more options for food, drinks and shopping. If you’re not a fan of airline food, now is the time to grab a bite.

There is a time to look good, and there is a time to be comfortable. Traveling solo usually means you give up aesthetics for comfort. Avoid clothes that have belts, buttons, too many zips and opt for comfortable clothes and layers. Fleece will keep you warm and doesn’t take up as much space as other warm clothes. Try and avoid jeans and swap them for something more comfortable. Denim is horrid in humid heat and they will dig in whilst you sleep (yes I speak from experience here!). Go pop on some sweats!

Airports in the UK and US require you to take your shoes off when going through the metal detectors, so try and avoid shoes that have metal in them. Go for comfy, easy to slip on and off footwear. If you need walking boots for your trip, consider putting them in your backpack or carry on bag, and wear sandals instead. Swap them out when you arrive. I also always have a pair of socks handy in case it gets cold.

CHARGE EVERYTHING IN ADVANCE

I’ve only noticed this when flying with the kids  recently – you may get stopped at security, and asked to switch on anything battery operated – your phone, camera, tablet, laptop, etc. Make sure that you charge it before entering the airport, because if the battery is dead, the item could be considered a security risk and will be destroyed.

I hope these tips help you on your next solo trip. Happy traveling!

Cerys a marine biologist, environmental educator and teacher and now a mum with feet that want to travel to explore the world through brand new eyes. She's travelled so far before and is now sharing where she's been, where the family are and where they plan to travel over on Travelled So Far.
Next Article