The Simple Alternative to Meal Planning 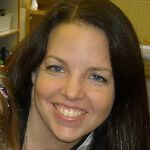 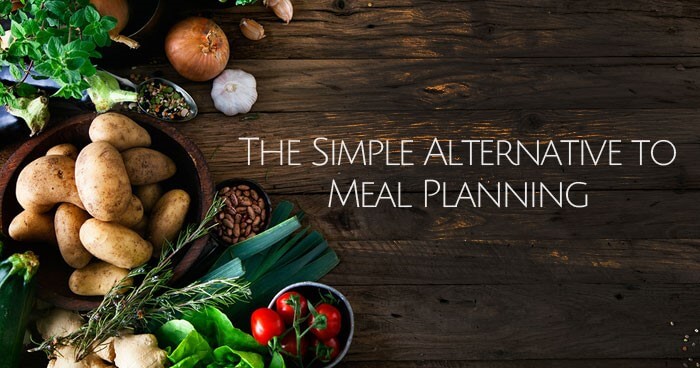 I’m always a sucker for tips and tricks on how to be more organized and serene because I’m apparently neither one of those things. At the top of many lists written for busy parents, is the suggestion to plan meals far in advance, so there aren’t any last-minute runs to the grocery store and 6-o’clock-already? microwave meals.

It sounds so good, having a menu for the week (or month!) set ahead of time. If I could just do that, then I would be able to simply pull up the recipes and make my shopping list from them. Sadly, it never quite worked out that way for me.

I’d get behind on menu planning and have trouble choosing recipes from the sites I’d bookmarked or pages I’d ripped out of magazines. (Forget Pinterest – I can’t even go there or I’d be lost for hours.) Even with a recipe in hand, I might get behind on shopping or forget an ingredient even though I was just at the grocery store. Plus, there’s always the unexpected reason why I’m not cooking, maybe a work night that ran late or an excess of leftovers in the fridge.

Instead, I found a dinner method that works so much better for me, and maybe it will for you too. Instead of recipes, I mostly cook with techniques. I keep an assortment of frozen meats in my freezer – sausage, beef, pork, whole chickens, chicken breasts, and so on, which I thaw from day to day as it suits me. In my pantry, I keep beans, rice, pasta, oils, sauces, and other staples. In my fridge, I keep eggs, cheeses, and lots of fresh veggies. Then, I mix and match.

Vegetables are usually either sautéed (any kind of chopped sturdy greens, like collards, chard, kale) or roasted (any kind of chopped root veggie, peppers, onions, zucchini, broccoli, you name it). I was veggie-phobic in my younger days, but cook anything with olive oil, salt and pepper, and I swear they’re downright delicious. Make a lot, and serve some as a side today and keep the rest to be mixed into a pasta toss, frittata, or soup tomorrow.

Same with meat. I’ll cook, for example, two pork tenderloins. One gets eaten at dinner tonight, and the rest gets chopped, and might be turned into pork fried rice a day or two later. Once the basic ingredients are on hand in your fridge or freezer – convenience ingredients that you’ve made yourself, quite simply—they’re the building blocks for innumerable dinner creations.

Now, I’m not some sort of genius cook. (I hear you now: “Easy for her to say, I’d be lost…”) Neither can I take credit for inventing this idea. In fact, I have to give props to Tamar Adler and her not-exactly-a-recipe-book, An Everlasting Meal

, which completely transformed the way I cook into this technique-based cooking. Check it out for an expert view on how to make this happen in your kitchen, with a lot more detail than I can dish out here.

Trust me, there are still taco nights using boxed ingredients, and there is usually a frozen pizza or some such in my freezer. There are also occasional recipes, and I use them to make some of my family’s very favorites or to try some new dishes. But there’s really no menu planning, besides sitting with a shopping list and thinking about what’s in my fridge, and what we feel like eating. For someone who has struggled with those darned menu plans, that’s almost as delicious as dinner.

ABOUT SHARON: Sharon writes for New York Times Motherlode; Washington Post On Parenting; Brain, Child Magazine; and many other publications. She lives with her family in Cleveland, Ohio.

This post was written by Sharon Holbrook exclusively for BonBon Break Media, LLC.