The Morning Rush – A Parent’s View by Multiple Mayhem Mamma 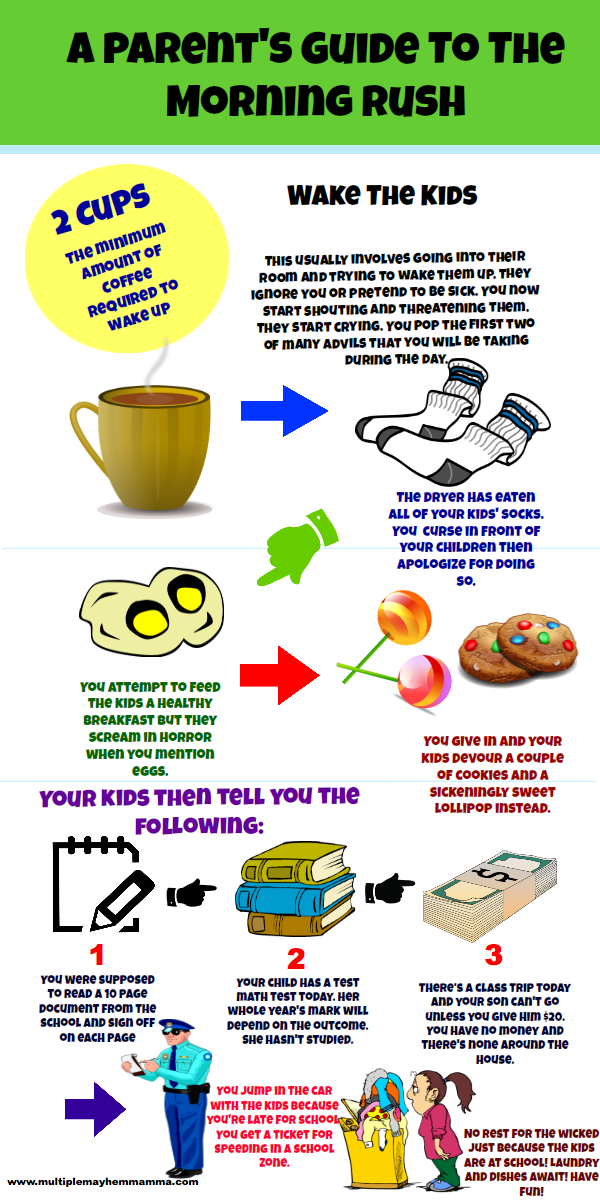 Share
Tweet
Pin1
1 Shares
What does “the morning rush” look like in your home? If it’s a piece of cake, you’re lucky (and also in the minority). The reality is that if you’re a parent, getting the kids ready and out the door is quite the effort. Actually, it’s often enough to make even the most patient parent go a little bit crazy. When time is of the essence the kids kick back. When you’re rushing to get out the door, they drop a bomb – or two – on you. They need money. They have an important test today. They hate school. The fun never ends.

ABOUT SAMANTHA: Samantha Kemp-Jackson is a parenting writer, blogger, senior communications consultant and the married working mother of four children who range in age from mid-twenties to three (the latter two being identical twin boys). The voice behind the popular parenting blog Multiple Mayhem Mamma, she focuses on topics and issues that resonate with her audience of (primarily) moms, from a lighthearted yet real perspective. She has also written a number of articles about more serious topics that have provided thoughtful insight to her readers.

Samantha has written for a number of high-profile publications including the Globe and Mail, The Toronto Star, The Ricki Lake Show Magazine (2012), The Huffington Post & SavvyMom.ca (where she’s a regular featured blogger at both outlets), Babble.com, iVillage.ca and many others. She is also a regular broadcast media personality, having regularly appeared on Canada AM, CH Morning Live, Rogers Daytime Toronto (regular appearances), Global News Morning Show, CBC Here and Now, as well as Newstalk 1010 and CJAD 800 to name a few. Samantha is currently working on a book based on her blog and hopes to have it published in 2013.