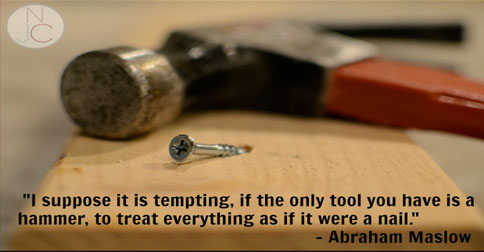 One of the repeating themes in Adrian Peterson’s defense — at least his PR defense — is that “whuppings” were just part of the way he was raised.  In fact, in a public statement, he said, “I have always believed that the way my parents disciplined me has a great deal to do with the success I have enjoyed as a man.”  Many adults use this line of reasoning when trying to justify spanking (or in this specific case, whipping with a “switch”) as a reasonable form of punishment.

“I was spanked and I turned out just fine.”

“I was whupped and it made me a better man.”

“I was paddled and I turned out better than my friends who weren’t.”

It’s true that the way we were raised is one of the strongest factors in determining our own parenting script. We tend to default to parenting the way we were parented, particularly in times of stress. (Think: misbehaving kids.) But we have to be responsible for consciously choosing whether or not we should continue to live by a default script or turn the page.

Amanda Morgan holds a BA in both elementary and early childhood education and an MS in family and human development. She writes, speaks, and consults on the topic of intentional, whole child development and is the creator of the blog, Not Just Cute. In her free time, she can usually be found exploring the Pacific Northwest with her husband and four boys, or snitching copious amounts of chocolate from her pantry.
Next Article