Taking a (Dance) Step Back 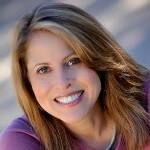 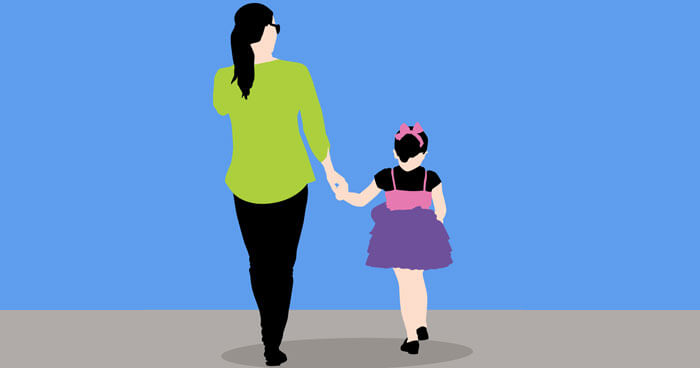 My sister was neck deep in cardboard boxes and bubble wrap, tackling the overwhelming task of moving, when she asked if I would take my nine-year-old niece to dance class. I had seen several episodes of the reality show Dance Moms featuring an overbearing dance coach and backstabbing, overzealous stage moms, so I had an idea of what to expect.

My niece, wearing a black leotard and pink tights, grabbed my hand as we walked through the sliding doors of the recreation center packed tighter than a mall at Christmas, but instead of carrying shopping bags, the kids and parents were clutching dance bags, gym bags, and fast food bags. As frustrated parents pushed, pulled, and bribed their over-scheduled kids to hurry, their exhausted younger children lagged behind like tiny zombies dragging themselves to yet another apocalypse.

We wound our way through the hyped-up crowd until my bun-wearing ballerina spotted her friends waiting for their teacher to unlock the door. The teacher arrived and led the eager dancers past a box filled with frilly costumes and frazzled nerves from the last recital. As they headed into the mirrored dance studio, I searched for a seat in the waiting area.

I maneuvered around diaper bags, backpacks, dolls, a large cooler, two tubs of Legos, and a toddler coloring on the floor — someone forgot to bring paper — and squeezed into the last available seat. Not unlike personal assistants confirming their bosses’ next appointments, two moms next to me checked their phones to find out where their children needed to be next while I read a few emails, ordered a sweater online, and watched a cat video or three.

On my right, two moms and a dad were comparing their packed schedules like veterans sharing war stories. They debated about who had less time than the other to volunteer at school, bring snacks, drop their kids off in the morning, do laundry, run a home-based business, and still be back at school in time for carpool. I felt a bit like a slacker, as all I had accomplished that day was to write a few articles and go to a noon yoga class.

I looked around at the multi-tasking, time-deprived parents and noticed that not much had changed from when I took my sons to classes, except that we didn’t wear yoga pants, gluten wasn’t a thing, and back then, dads favored beer bellies over bar bells.

Listening to the parents, I was expecting to hear kid-comparing conversations and to see a mom — whose dance dreams had been squashed years ago — dancing along with the girls. Instead, these parents were on overdrive, planning the rest of the afternoon and evening while I was in park, feeling relaxed and in the moment. The only stress I felt was whether or not I had remembered to turn off the burners when I left home. For all I knew, my son’s cat was in my kitchen performing an off-off Broadway production of Cat on a Hot Tin Stove.

My niece’s class ended, and I waved an empathetic goodbye to the parents who packed up the waiting area faster and more efficiently than most campers after a long weekend. Unlike my older son who would leave practice with muddy cleats and smelly shin guards, or my younger son whose sweaty football jersey could wake the dead, the dainty ballerinas left class with their lilac-scented dance bags swinging from their shoulders.

I dropped off my niece, and on the way home I noticed that the chest-tightening, headache-causing stress I used to feel when my life revolved around my sons’ schedules was gone. Also, I felt emotions I didn’t know I had. The unexpected feelings ranged from envy — those parents still have years left to spend with their children every day while mine are away at college — to relief that I can do what I want, when I want. If I’m out of town and want to stay a few extra days, it doesn’t matter. If I want to eat eggs, bacon, and waffles for dinner, that’s fine, while at the same time unhealthy and a bit pathetic.

I know that occasionally I’ll miss those insane days when my stress level was off the charts and sleep was a drug I could never score, but I’m determined to embrace being an empty nester and to live a life that isn’t based on my sons’ schedules.

That is, of course, until they come home from school. I wouldn’t want to miss a single minute with them.

This post was written by Lisa Kanarek exclusively for BonBon Break Media LLC.

Lisa Kanarek is a freelance writer, the author of five books about working from home, and writes the work-from-home blog Working Naked. Her work has been featured on various sites including BonBon Break, Grown and Flown, Ten to Twenty Parenting, and MockMom. She is the mother of two sons in college and has lived in Texas half her life, but may be breaking state law by not owning a pair of cowboy boots.
Next Article