Syrian Refugees and What to Tell Your Kids 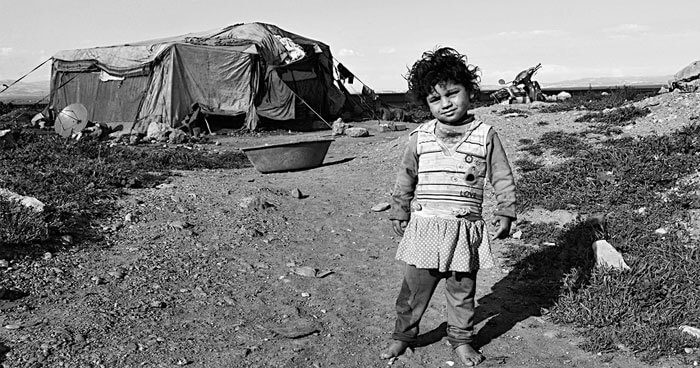 My faith in humanity was weakened earlier this week when pictures of a young preschooler, Aylan Kurdi, appeared on my Facebook feed. Friend after friend, near and far, shared the devastating pictures of his last resting place on this earth. Not on a bed or in his parents’ arms, but on a beach thousands of miles from his home in a country that he had probably never heard of. It was his ninth country to pass through in an attempt to escape the horrors that surrounded his home.

That 3-year-old boy on a beach drowned because of the greed of the man that offered safe passage to Europe.  23 people were fleeing Syria, Iraq and Turkey to find a safe place to bring up their children, to attend school. This man brought a boat, collected money from the families, and provided them with fake life vests that weren’t worth the name.

Syria has been a point on our news daily for the last four years, a country in the Middle East between Iraq, Jordan, Lebanon and Turkey. In 2011, a civil war started and the population of 23 million people were suddenly thrown into turmoil.

Over the past four years, the situation has worsened day by day. 220,000 people killed, over half of these civilians. 7 million people moved from their homes and into camps around the country, still under threat and living in fear. 4 million men, women and children crossing borders fleeing in fear of their lives and those of their children to safety. They head to Iraq, a country with its own unrest. Approximately 2 million are living in camps, fearing for their safety – just like what they left back in Syria. Or they flee to Jordan and Lebanon, the two smallest countries in the Middle East with their over-filled refugee camps and their own crises after years of conflict.

Families move on and make their way to Turkey, where they think things will be better. However, they are not welcomed. These people are placed in refugee camps yet again, where there is not enough food to go around. They fear for their safety.

Some stay and others move forward, taking routes out of Turkey by land with legitimate papers granting them asylum in countries far from their birth – or hiding in a trunk, box truck or the bed of a pick-up praying that they won’t be found. The cost of  land passage may be too high, so the other route is by sea – over to the Greek islands, most frequently Kos. This is a journey that costs around $1500 per person, in a boat no larger than a dinghy. Until Aylan’s photo went viral, the world had been ignoring the plight of these people, with thousands drowning each week.

Now the tide is turning and people want to make a difference. Syria is on the tip of people’s tongues and my children are hearing us discuss the crisis. How do you tell a 4- and a 6-year-old that for four years, the world has ignored a country and tried to hide a problem? That it’s not until a child younger than they are, is dead on a beach far away from home? That pictures similar to those shown in history lessons about Europe during World War II, are shared on social media, and that the world is finally taking note? But share it I did!

I didn’t share pictures of Aylan; however, I did share pictures showing the refugee camps of children playing between the tents. I shared pictures of the towns that the children had fled from. We looked at images from train stations (these are being updated, preview before you share), video of families being rescued and treated for health problems on boats and we sat and talked about it. I explained as best I could. We talked about the bombs and destruction. We talked about how life isn’t like cartoons and the houses didn’t just build themselves again. We discussed that the families left because they no longer had homes and then they moved, and moved, and moved again. The children asked only two things “Why?” and “What can WE do to help the children?”

There are many ways that you and your children can help. The Multicultural Kids Blog has a list of practical ways you can help charities and grass root organizations, wherever you are in the world. Here is a list of organizations that help Syrian refugees from a variety of angles.

Sources: Quick facts: What you need to know about the Syria crisis

ABOUT CERYS: Cerys Parker is a marine biologist and teacher as well as a Mum to 2, she is the founder of Rainy Day Mum, sharing Creative Family Fun, come rain or shine inspiring ideas for art, play and activities that the whole family can enjoy together.

This post was written by Cerys exclusively for BonBon Break Media, LLC.