Male Privilege in My Home 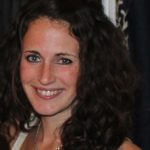 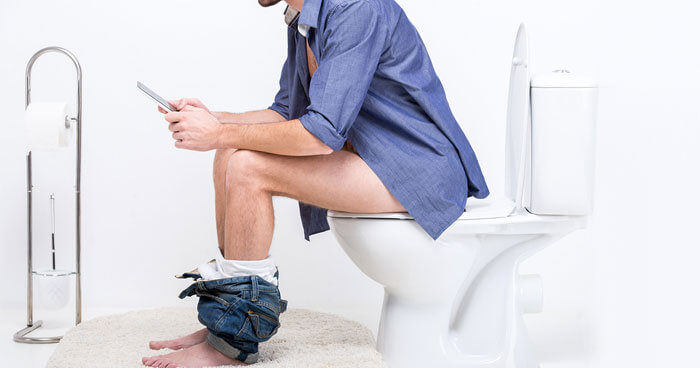 Males get the privilege in this world, true. In the workforce, they are more likely to get promoted, earn more, and less likely to be sexually harassed. I’m not in the workforce anymore, but a form of male privilege is alive and strong in my own home.

For example, when I use the bathroom, I usually have company. If my little ones aren’t actually in the loo with me, they are calling for me from beyond the door. The other night, while Josh was graciously holding our fussy baby while I cooked dinner, he said, “I have to go to the bathroom.” I lifted my shoulders and told him that the baby always accompanies me.

You see, my husband actually expects privacy. Isn’t that crazy?

When I grew up, we didn’t have bathroom boundaries, so it’s kind of hard for me to respect them. The other day, when my husband had the bathroom door shut, I barged in anyway. I startled him as he was getting out of the shower, and he snapped, “How about some privacy?”

I balked, exhausted from a morning of clinging kids, “That is a luxury around here!” Besides my interruptions, my husband showers and shits in peace, which are things I only do at Nana’s and Papa’s house.

On that very same day I got another taste of male privilege. My husband told me he wanted to make a phone call so he could catch up with a med school buddy. He then proceeded to walk outside and pace around the front yard while giving his friend undivided attention.

He didn’t yell at the kids (and also in his friend’s ear), “I said you can’t have ice cream till after dinner!” or “Stop pushing your brother!” He didn’t have to pretend to pay attention to the conversation while really trying to figure out if the baby is chewing on something edible or not. He didn’t get off the phone because the children were asking him a million questions and pulling on his limbs. Nope, he just had a pleasant, normal conversation. When he came inside, the kids were in bed. Daddy for the win!

On the weekend, my husband loves to watch football. I love it, too. It’s not so much the actual games, but the sitting around as a family, enjoying our home and each other, and not hassling over getting kids into and out of car seats and strollers that I love. However, my husband is actually able to plant himself in the recliner. I tried to follow his lead a few weeks ago. I thought, “All right, let me do this Daddy-style.” I spread my legs out on the couch and ignored every household chore that sought my attention. In no time, our three-year-old was pouncing on me. When I told him I didn’t want to be jumped on, he started asking for something to drink. I told him to wait, and he took my arm and tried to pull me into the kitchen. I always feel pulled to the kitchen, except not always literally. The sight of me relaxing is like an invitation to demands. But Daddy? Nah, leave him alone. He’s watching football.

My football-watching man is not afraid of getting his ass in the kitchen. He is damn good at whipping up some eggs, and one time, he even made an Indian-inspired dish. Whatever he makes is always tasty, due to the deliciousness of bacon grease and his efforts. But his kitchen experiences are very different from mine. I can be found stirring sauces or flipping burgers with my left hand while keeping the baby perched on my right hip. When the kids aren’t actually on me, they are making messes by my feet and most likely making more than a few requests. When Daddy is cooking, that shit doesn’t fly; he expects an empty kitchen, and, of course, he gets one, because the kids are busy pestering me.

Such male privilege is so unfair that I sometimes want to flip my man the bird when he turns his back. I know getting upset at him is pointless, though. After all, how can I blame him for seeking a little balance and sanity in his life? Part of the difficulty I experience in being a mother and wife is staying aware of my own needs while also tending to everyone else’s.

Instead of getting mad at my husband for somehow finding time to pick at his face in the bathroom mirror, I’m going to follow his lead. Privacy and solo time aren’t male needs, but human ones. By following my husband’s modeling, I will so feel worthy of the simple pleasures in life that I will teach my children to respect some boundaries and learn to ask for more help. If someone calls me selfish, I might just take it as a compliment.

This post was written by Amanda Elder exclusively for BonBon Break Media LLC.

Amanda Elder is a teacher turned stay-at-home mom to two boys and wife of a resident doctor in Orlando, FL. When she isn't playing with trains, doing dishes, or having sword fights, she is writing. Her work has been published by Scary Mommy, Blunt Moms, In the Powder Room, Sammiches and Psych Meds, and Mamalode. Learn more about her at Stay at Home Panda.
Next Article