A Letter to the Boyfriend from Daddy-O 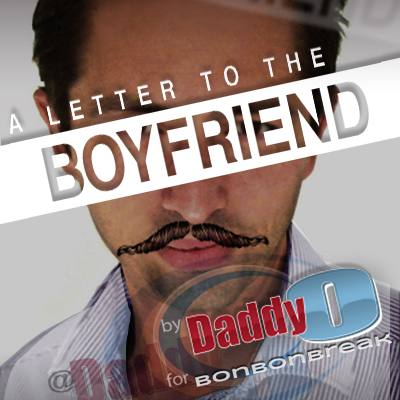 A close college friend of mine had a daughter twenty something years ago. A beautiful, kind girl that we’ve watched grow into a mature, fun & wickedly smart woman. She’s been dating a guy for several years and the following is a note for him:

Your girlfriend is the first baby I had ever held. At that second, I knew what it was to immediately love someone that I had never known before. Her birth made me want to be a Dad at a time in my life when my drinking buddies were worth their weight in gold.

When her Mom decided to leave her Dad, before her daughter knew her ABCs, it was the two of them from then on.  Her mom HAD to be strong. There was no other option.

Whether you’re holding her hand or telling her it’s over (yet again), realize that everyone’s got a little something that they’d like to fix for various reasons…even you.

If you are dating someone and it’s not working out (especially after you try for some time and you know that she’s not the one), do everyone a favor and politely call it a day. Move on. That’s one of the perks in western civilization of not having arranged marriages. We have a choice. We don’t have to remain in relationships that clearly don’t work.

Should texting be the only way you can express your true feelings, it might behoove you to see someone about that…and I’m not talking about someone at the Genius Bar. As a fellow guy, I understand not vocalizing your feelings, but I do know that it is imperative for me to connect with people via something much warmer than a mobile device.

In short, if you can’t go a day without her, if you see things throughout your day that consistently remind you of her or if it’s simply a given that she’s WHOLE and GOOD and good for you, roll up those sleeves and make it work. If you don’t, just let her go.

About DADDY-O: Greg Santomero (aka DaddyO) is first and foremost a Dad of two creative and spirited girls. He is married to children’s media creator, Angela Santomero (Blue’s Clues, Daniel Tiger’s Neighborhood, Super Why!, etc.).

This post was written by Greg Santomero exclusively for BonBon Break Media, llc