Let’s Take a Selfie, but First Let’s Discuss Growing Up in a Selfie World 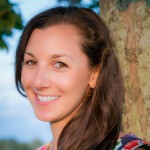 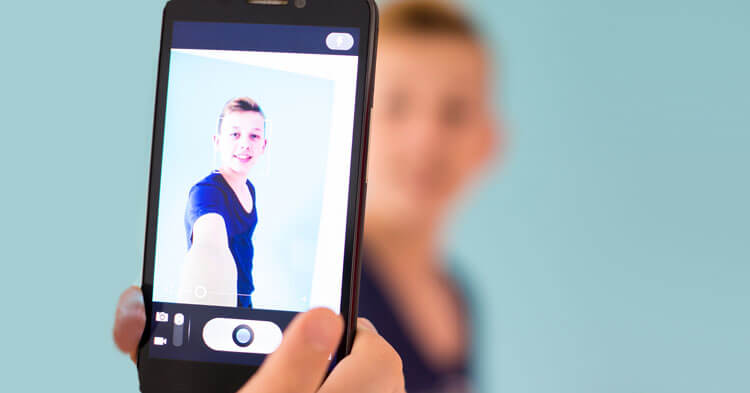 When Olympic gymnasts Lee Eun-ju of South Korea and Hong Un-Jong of North Korea snapped a selfie together at the Rio 2016 Olympics, it generated a lot of buzz.

Once live on Twitter, the post was met with enthusiasm and people interpreted the selfie as a symbol of unity, albeit fleeting, for the two nations with adversarial relations.

Politics aside, the two female gymnasts were simply recording a moment in history and the selfie garnered immediate feedback. Most of the commentary that ensued was positive. There were many thumbs up and retweets.

Awesome. RT @ianbremmer: Gymnasts from North & South Korea take a selfie together. This is why we do the Olympics. pic.twitter.com/8RqN9TRb0Y

Maybe the selfie picture even reached your household.

Isn’t that the whole point of a selfie? You share an alluring or interesting snippet of your world to elicit a response from the people who view the selfie, and see how far of a reach you can get.

For most of us, the selfies we take don’t hold such clout or meaning as the selfie from the Olympic games. This is where the trouble can begin, especially for adolescents and pre-teens.

Growing Up in a Selfie World

Taking Selfies has become a predictable social phenomenon. We take selfies to capture a favorable glimpse of the self and share it outwardly for feedback. The quicker the feedback the more satisfying. Other selfies may reflect an outlandish act or capture a certain expression that evokes intense emotion. The goal of getting attention from others is the same.

With a natural proclivity for instant gratification and peer belonging, along with a newfound sense of independence, the selfie culture sets an ideal stage for today’s pre-teens and teens to pursue the wants associated with this developmental phase.

By studying brain activity, researchers have found that getting likes on social media elicits the same brain response as engaging in other pleasurable activities like eating chocolate or winning money. Yay for affirmation.

There are plenty of biological forces that intensify the urge to take a selfie and share it out, especially among teens. While selfie culture has a lot of superficiality, there are elements of depth to the process.

As humans, we tend to share our lives through a personal narrative. Social media makes it that much easier to convey the life story we have in mind. The Atlantic ran an article that aptly makes the point, “how you arrange the plot points in your life into a narrative can shape who you are — and is a fundamental part of being human.”

It’s no wonder the internet is packed with tutorials on how to take the perfect selfie. Rewind back a few years and the words “selfie stick” had no place in our vernacular. Now there’s a whole economy swirling around the selfie culture that encourages these personal snapshots.

We have all observed the following scenario play out: arm extends, gaze is forward and then comes a slight head tilt or maybe pursed lips.

A photo gets snapped. Often there is dissatisfaction after a quick review.  Repeat. Then delete. Finally, there’s a finished product that undergoes alteration with filters and other editing techniques that create the right effect.

Teen Vogue reported that millennials will take up to 25,000 selfies across their lifespan, often spending 7 minutes per selfie to perfect the shot.

All that time spent on a selfie. Then what?

The danger of selfie culture comes into play when these channels don’t produce the feedback and results that are sought after. In other words, a selfie is posted and there’s no hype, or even worse there is harsh criticism.

Dr. Julie Carbray, Clinical Professor of Psychiatry and Nursing at the University of Illinois at Chicago, understands these ramifications through her work with adolescents. “Social media can also give a narrow view of who adolescents are, focusing more upon selfies (or body image) than one’s internal characteristics such as character, intellect, strength,” Carbray said.

“Adolescents who are easily shaped by the feedback and influence of the images and posts of their peers may often feel empty, inadequate, or challenged in how they see themselves in comparison,” Carbray added.

Feeling deflated after a scenario like that, how does a teen cope? Many parents need answers and a helpful strategy to talk through the implications of selfie culture with their kids.

Opening up a dialogue about someone else may be the key to having a meaningful conversation about selfie culture with your teen.

Chicago-based business executive Andrea A. Lewis and beauty expert Nicole Pearl teamed up to provide a timely resource for parents and educators to engage in discussions with teens on the very topic.

A Resource to Discuss Selfie Culture

Their book, Love Yourself(ie), Life Lessons for Building Kid Charisma™,  offers a relatable scenario as the fictional character, Harper, learns that her self-worth can’t be validated through selfie culture and social media. Through self-acceptance, resilience and by understanding the limitations of social media, Harper is able to reclaim her confidence. The story is something teens can identify with growing up in the selfie culture.

Concerned that the ubiquity of selfies and social media has the potential to fracture adolescent self-esteem, Lewis wanted to give parents and educators a means to explore the social phenomenon of seeking affirmation and belonging through digital channels. The book provides a launching point to talk about how self-worth is not obtained through other people’s approval, but instead, comes from within.

“We all know that [kids] are judging self-worth by the number of likes, but why? It’s for popularity. Social media puts it on the public stage,” Lewis said in an interview. “[Kids] are obsessed with fitting in and they are making sure that they are not left out, and trying to keep up.”

Equipped with that knowledge, Lewis hopes parents can help give their children the tools to navigate the murky water of adolescence starting in middle school.

While teens are craving likes, parents need to be sure they have an opportunity to hone critical life skills. “It is even more important for kids to have resilience and self-acceptance, Lewis added. “The challenge is that middle school is when kids are trying to figure out who they are and how to act. Social media puts on that added pressure.”

An online community of parents on 30Second Mom found the book useful in spurring discussion with kids on selfie culture and all its implications.

Dr. Carbray cautions that there’s no escaping our digital world. “Social media is here to stay, and like any other aspect of their child’s life they will need to help them navigate it. This means regular discussions and monitoring, along with increasingly more trust and freedoms as the child shows their competency and skillfulness in navigating social media.”

The University of Illinois at Chicago has a resource available for parents on preventing social media from deflating preteen self-worth.

Sharon Powers founded InBetweenYears.com, a web resource for parents and educators of kids and teens, to help navigate the fulfilling, yet challenging years of adolescence. Sharon worked as a middle school counselor in the Washington, D.C. metro region for more than five years where she supported students academically, socially and emotionally. Sharon is married to a Naval Officer whose career is taking them from Virginia to Maine and then to San Diego where an exciting adventure awaits. Sharon is enjoying the time to write, explore with the family dog, Bravo, and have fun!
Next Article