I Left My Baby in the Car 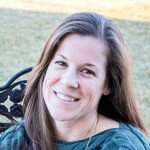 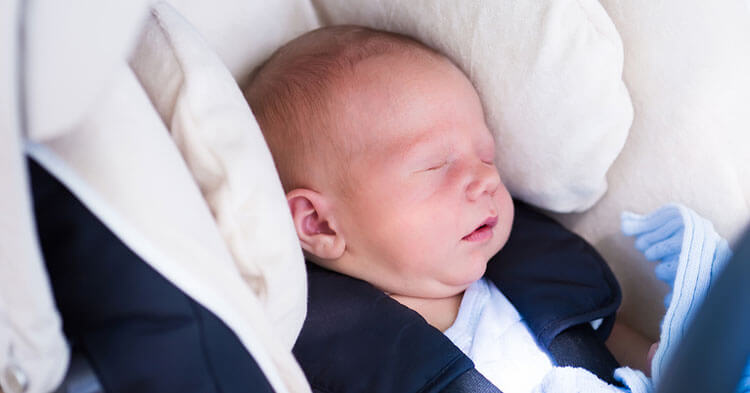 This is going to be my most serious essay to date. There will probably not be one joke. It is taking quite a lot of courage for me to write this and include my confessions, but having had these experiences compels me to share them to help my fellow mommy and daddy friends learn about this problem and how to avoid it.

Years ago, I saw an Oprah episode that included an interview with a mother who had forgotten that her daughter was in the car. She drove to work and got out of her car, leaving her daughter there asleep in her seat. Her daughter tragically died that day. It was horrific. How on earth does that happen, I wondered. The mother explained that it occurs too often when there is a break in routine. She almost never drove her daughter to day care in the morning — her husband always did — but he had a dentist appointment that day, so it was her job. Despite the fact that she had loaded her daughter into her seat minutes earlier, she quickly forgot about her and drove straight to work as was her normal routine. It was impossible for me (on that day) to imagine that this could ever happen. And it didn’t happen with my first child.

There was no “routine” to break with baby #1. I was a typical first-time parent — my every thought; every breath was consumed with my new son. I would never forget he was in the car, even when he was sound asleep, as my “routine” was to coexist with a baby, whether it was in the car, house, etc.

Two years later I had forgotten about this Oprah episode and now found myself with a chatty 2-year old and a newborn. It had been two years since I had driven around with a sleepy baby in the car. One day I was out doing errands with only the baby and had left my toddler at home with Daddy. This was a break in my “routine” as my car was never quiet anymore. I came home and entered the house, leaving her asleep in the car. I FORGOT she was in the car. After about 20 seconds of chatting with my husband in the kitchen, he asked if I was going to get her. My heart dropped into my stomach. What if I had forgotten while we were at the store? Thank goodness — no THANK GOD — I didn’t. And THANK GOD it was winter, and she would not have baked in the heat. And THANK GOD my husband was home, not out somewhere with our son, or when would I have realized? I believe I would have remembered within seconds, but I will never know.

That day shook me to my core. I left her alone in the car for no more than 20 seconds, in our garage. The point was that I had forgotten she was in the car. I was so used to a two-year old voice and a two-year old face looking back at me through the rearview mirror that without him there, the car seemed empty. I vowed never to forget again, and I believed at the time that I never would.

Now that little girl is a talkative two-year-old herself and my son is four. I now have two faces looking back at me through the mirror and two voices chatting my ear off in the car. And we have another newborn. Last week I went to a doctor’s appointment with him and left the big kids home with Grandpa. On the way there, I recalled this exact incident and said to myself, “Of course I won’t forget. I am heading to the OB — the doctor who delivered him, whose office is in the same building as the hospital where was born.” But not a few minutes later, my mind was onto other things and by the time I pulled into the parking lot, I had forgotten. Again. I took about five steps away from my car before remembering he was still in it. I frantically looked around as I turned around to go back for him — was anyone watching this horrible unfit mother who FORGOT her kid go back to retrieve him? I could not believe it had happened again.

Again, the whole incident was seconds long. Thankfully I remembered on my own. But it could have been so much worse. I truly thank God for both of these minor but also terrifying incidents. I believe they are both gifts sent down to teach me a valuable lesson. It truly can happen to anyone.

To the parents reading this, especially if you are having your second or third child and are used to loud kids in the car, KNOW your routine. KNOW how tired you can get, how distracted your mind can become thinking of 100 things. I have taken a pledge to myself and my kids. EVERY TIME I am driving alone with the baby, I am going to put my purse in the back with him. I would never leave my car without my purse, so this will force me to look for it and remember he is back there. I have also heard the suggestion of keeping a teddy bear in the front seat to remind the driver. There are already teddy bears and dolls all over my car, so this probably would not help me much. But find something that works for you.

I feel sick telling this story but I am also incredibly grateful for the opportunity to share. If that mother, who accidentally caused the death of her daughter had the courage to go on national television and tell her story to educate others, I can at least share mine. Summer is coming, and it is 106 degrees for three straight months where I live. It takes only a couple of minutes for a baby to die from the heat inside a parked car in the summer.

I pledge never to text and drive.
I pledge to keep my purse in the back when I am alone with the baby in the car.
What do you pledge?

Baby Gear You Need – and Don’t

Karen Johnson writes at The 21st Century SAHM—a cathartic mix of sarcasm, angry Mama Bear rants, and heartfelt confessions. She is also assistant editor at Sammiches and Psych Meds. Karen has work featured in two anthologies: What Does It Mean to Be White in America? and Lose the Cape: Never Will I Ever (and then I had kids!). Her work can also be found on sites such as Huffington Post, Scary Mommy, BonBon Break, and Mamalode, among others.
Next Article