I Know What Causes Autism 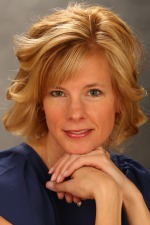 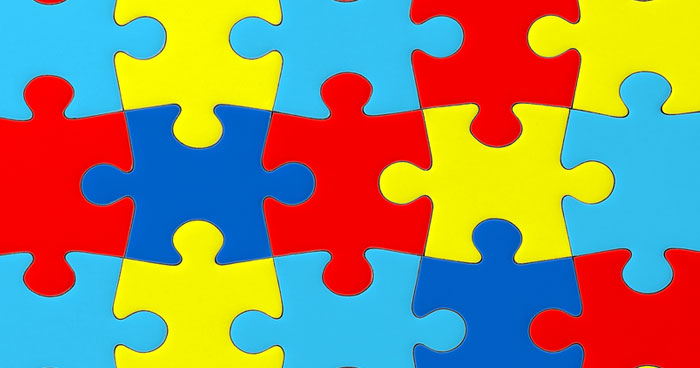 Last week I was surfing the Internet and came across a headline proclaiming autism and circumcision are linked. I couldn’t help myself. I laughed out loud.

In no certain order, I have read the following explanations for autism over the years:

Autism is caused by mercury.

Autism is caused by lead.

Too much automotive exhaust is a leading cause of autism.

The one about maternal bonding is sort of painful for me. The truth is, I did have a hard time bonding with infant Jack. The little guy shrieked and whined and cried for a solid year. He started sleeping through the night at six weeks, and stopped at three months.

I was exhausted, and Joe and I were fighting constantly; bickering and arguing and long screaming matches. For the first time, I could feel my marriage slipping away from me like sand through my fingers.

And my first child, Joey—sweet, uncomplicated, good-natured Joey—was a year old at the time. His easy nature only highlighted his new brother’s fussiness.

But I am certain there is no one on earth more bonded to this boy now, and guess what? He still has autism.

I am happy to announce that I do know what caused Jack’s autism, and without further ado, I’d like to tell you.

It’s kind of a big deal.

Jack has autism because, as his 5-year-old brother Henry says, he was bornd-ed with it.

Yes, I believe autism is a genetic condition. I believe that somehow Joe’s DNA mixed up with my DNA and together we had a child who thinks Wednesday is orange. Perhaps his unique genetic coding makes him more sensitive to things in our environment like lead and mercury and plastic.

I don’t know about the strawberry thing though.

I was in a coffee shop last week and a woman came up and introduced herself to me. She said her daughter, Lily, is in Jack’s fifth grade class. I nodded and smiled, took my cup of coffee—ok, ok, and my cupcake—from the counter and turned to leave.

“Wait,” she touched my arm. “I just wanted to tell you something. Lily told me that a boy called Jack weird the other day in class.”

“Lily said she told the boy that Jack isn’t weird. She told him he’s exactly the way he’s supposed to be.”

You can see my dilemma. If I start running around declaring autism an epidemic and screeching about how we need to find out where it’s coming from and who started it and how to cure it, well, that sort of contradicts the whole message of acceptance and tolerance and open-mindedness.

This fragile glass house we’ve been working so hard to build over the past decade will explode into a thousand tiny pieces.

But on the other hand, it sort of is an epidemic. Other families are going to have babies and maybe they would like to have some idea of how to prevent this tricky spectrum disorder from striking. My own children will have their children, and if autism is indeed caused by automotive exhaust, it would be good to know so we could all buy electric cars.

At the same time, I don’t want to focus so much on the what and when and where and how that I forget about the who.

Because I don’t care where it came from.

But I am kind of curious.

It doesn’t matter to me why Jack has autism.

There’s nothing wrong with him.

Maybe there’s a little something wrong with him because he just spent the last forty-five minutes talking about all the different kinds of gum that Wal-Mart sells.

I wouldn’t change a thing.

I celebrate autism and all of its spectacular wonder.

I hate autism because it makes my son talk about gum and Wal-Mart so much.

Autism is no one’s fault.

Maybe I should stop using Tupperware and make him eat strawberries even though he hates them and re-paint the house to make sure there is no lead on the walls or the windowsills.

Maybe I should throw away our frying pan.

Maybe I should have loved him harder, deeper, more when he was a tiny swaddled baby squirming in my arms.

Maybe this is my fault.

As you can see, my feelings about Jack’s autism diagnosis are as complicated as a prism with a thousand colors and angles and light. Some days, my doubts are soft whispers within my heart, other times it’s as though someone is shouting in my ear.

When you live with someone who has autism, you say the phrase for now a lot.

For now, the radio is on the right station.

For now, he’s not screaming.

So, for now, I’m going to believe Jack’s autism is because of DNA and RNA and heredity.

For now, I will try to add broad splashes of green and blue and purple and orange to science’s black and white brush strokes. Together, we will fill in autism’s canvas until a clearer picture comes forward.

I don’t know exactly what that picture looks like yet, but I like to imagine it is a utopia of sorts; the perfect intersection of science and people. There are strawberries and puppies and lots of peppermint gum in Wal-Mart, the kind in the blue container.

There are tall, blonde girls named Lily and boys with glasses named Jack.

And if you look hard enough, you can see a glass house in the distance—almost on the horizon. It glints and sparkles in the sunlight, and it is breathtaking.

If you look closer, you will see a sentence etched into the front door. This one sentence—this collection of eight words—well, they are very, very big.

They are a shored wall against a flood of uncertainty.

They are a million bright stars in an otherwise long, dark night.

They are peace and forgiveness, power and pride. They are everlasting absolution.

The first time I heard them, I was in a coffee shop buying a cupcake.

“He’s exactly the way he’s supposed to be.”

Carrie Cariello is the author of What Color Is Monday, How Autism Changed One Family for the Better, and Someone I’m With Has Autism. She lives in Southern New Hampshire with her husband, Joe, and their five children. She is a regular contributor to Autism Spectrum News and has been featured on WordPress, the Huffington Post, and Parents.com. She has a Masters in Public Administration from Rockefeller College and an MBA from Canisius College in New York. At best estimate, she and Joe have changed roughly 16,425 diapers. You can learn more about Carrie and her journey with marriage, autism, and motherhood at her website.
Next Article