How I Made an “American Boy” Doll for My Son 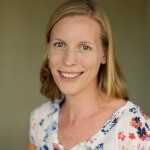 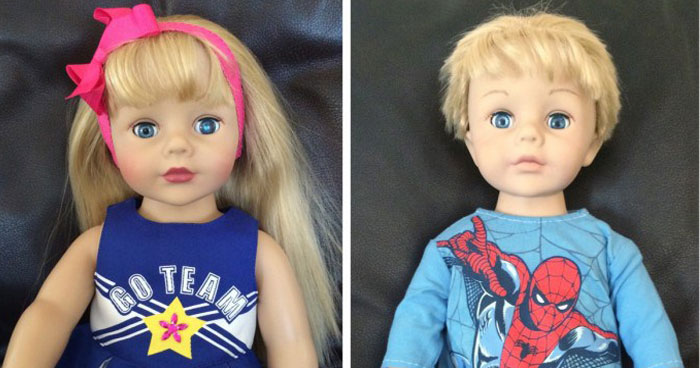 My 6-year-old, Miles, had just two items on his birthday wish list:

I wasn’t surprised to see a doll on his list. He has an older sister, and they play together every day. She loves playing superheroes and various sports with him, and he loves playing My Little Pony and American Girl with her.

A year ago, when my daughter turned 7, she received one of American Girl’s popular “Truly Me” dolls, customized to look like her. My son, naturally, wanted a doll that looks like him, too. Trouble is, there are no 18-inch “American Boy” dolls available.

Companies like Target may be moving toward gender neutrality in their toy aisles, but the trend has yet to trickle down into specific toy brands, especially dolls.

So I decided to take matters into my own hands. I’d give a girl doll a makeover to resemble a boy (but not just any boy…. my boy).

First, I scoured eBay and Craigslist for a used 18-inch doll. It had to be in excellent condition, and it had to resemble my son with his platinum hair and blue eyes. I searched for “American Girl” and “Pleasant Company” (American Girl’s parent company) as well as “Madame Alexander,” another company that makes quality 18-inch dolls. It didn’t take long before I found a Madame Alexander doll on eBay for $25. If I looked past the hot pink lipstick and hair bow, I saw the spitting image of my son.

When s/he arrived, I grabbed some scissors and started snipping away at the hair. Madame Alexander dolls have an advantage in that their hair is finer and easier to cut and style. American Girl dolls have wigs, which you can pry off and replace with a boy wig, available from several sellers online. (Note: You can also buy a brand new American Girl doll without hair by calling AG customer service.)

Next I used acetone to remove the doll’s lipstick and blush, and I trimmed the eyelashes. I found several Etsy sellers who make 18-inch boy doll clothes, and bought a cute Spiderman outfit that I knew my son would love.

In all, I invested less than $50 and a couple hours to give my son the doll of his dreams.

Miles named his new buddy “Fred Jones.” Sort of looks like a Fred, no?

Head to the Playroom

This post has been syndicated with permission to BonBon Break Media LLC.

Gina DeMillo Wagner is an award-winning writer whose work appears in national magazines and websites.
Next Article