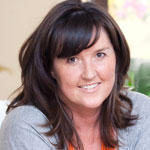 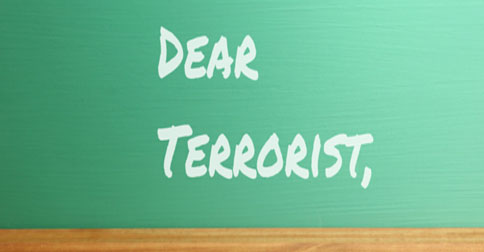 I imagine you’re delighted with this week’s warning from the U.S. Embassy that has made its way across the Middle East. Your anonymous posting on an extremist website calling for the execution of American teachers certainly cast a wide net. As the mother of children at an American school, I have to say I did take it a little personally. Being both a Capricorn and a stickler for details, I wonder if you could perhaps give me a little more information.

When you say American teachers, I wonder, how will you tell you’ve got the right ones? I put myself in your shoes last night when I went to the parent/teacher night (because that’s what you do when there’s a terrorist threat against American teachers; you go and spend three-and-a-half hours in an American school filled with American teachers). I wondered how it might look to you as you approached our school. What would go through your mind? Would you care about the African security guards placed around the gate, would you see their smiles, would you think about their families and understand that they play no role in your war?

Would you wonder about our facilities? Would you notice the playground, funded by volunteer hours of hot dog lunches and bake sales as well as donations. Would you see the peace signs that the children have painted — each dove hand painted with a child’s expression of peace and what it means to him or her? Would you hear the accents from Pakistan to Palestine, Belgium to Beirut – 76 different nations, religions, and beliefs all playing on the one school oval. Would you consider the lives of the teachers, ask yourself why they were here, or wonder what drew them to teaching in such an environment?

The teachers will be easy to find; they’re always there. They’re the ones volunteering to coach baseball, to run after school math programs, to build robotic Lego projects, and to paint the sets for school plays. They take on extra music lessons, they wait for the last child to be collected, and they pick up that stray bit of paper out on the field. Don’t be fooled though; they’re not all American. Our faculty, like our children, come from all nations. My suggestion would be to shout out, “Soccer or Football? Or “Cookies or Biscuits?”  You’ll soon distinguish the Americans from the Brits, South Africans, and Aussies. Perhaps you could ask the Kiwis to count to six?

I imagine you’ll be thrilled with the news that my children asked about you last night. They wanted to know who you were and why you wanted to kill their teachers. We talked about lock down procedures, and they asked what would happen if you came to visit while they were waiting for me at the gates or the school cafeteria. We spoke of our family password , of where we would run to, of where I could find them if they had to leave the school. The second little traveler thought this built for a good case on why she should have an iPhone. I suggested that even a terrorist attack wouldn’t warrant an iPhone for a 12-year-old.  We talked of who you are and whether or not you had a family or children. We decided that you were probably a really nice person and that you were just angry and frustrated.

Although you never came up in conversation, you’ll be happy to know that I thought of you last night as I made my way through my children’s parent/teacher conferences. You were in my mind as I rushed from room to room, listening to teacher after teacher talk about my children and what it was that those teachers enjoyed the most about them. I joined in with the shaking of heads over the lack of capitalization and misuse of punctuation while marveling at the brilliance of their storytelling. As I looked at their teachers —  teachers who’d already put in a full day’s work, teachers now sitting at 7 o’clock at night with a paper cup of instant coffee in front of them — I thought about the words of my children:  “Why do they want to kill our teachers?” [Tweet this now]

I didn’t have an answer.

Kirsty Rice is an Australian writer and blogger. After calling seven countries home over the past 13 years she’s embarrassed to admit she still can’t pack a suitcase properly and spends much of her time trying to remember her new telephone number and where she packed the can opener. Kirsty writes mostly about the juggle of career and children while struggling through the geographical schizophrenia of expat life. Kirsty’s four children have been born in four different countries and she congratulates herself on not leaving any of them behind in the moving process. Four kids, 20 suitcases and a beagle has appeared in both the London Telegraph and The New York Times. Kirsty is a regular contributor on the enormously successful website Mamamia.
Next Article