Cursing in Front of Your Kids: A Cautionary Tale 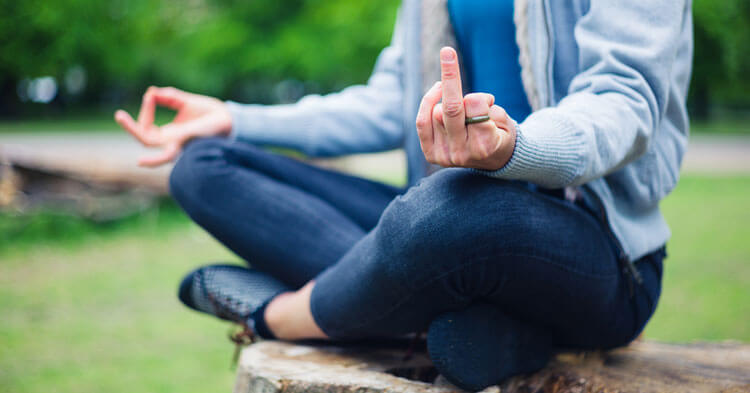 I was raised by two American parents with a pair of Cuban grandparents on one side and a pair of Italian grandparents on the other. This made my language development colorful to say the least. Besides the range of languages present in my household, a wide range of curse words filled my household—no exceptions were made in this New Jersey family because there was a baby around.

I was about 12 months old when I uttered my first curse word. I was at my aunt’s house, and all of my closest family members were huddled around the kitchen table eating an early Sunday dinner. I was on the floor, playing alone with toys and my aunt’s Labrador, Midnight. Midnight was feeling particularly friendly that day, licking my face and hands as I laughed and pushed him away.

With my limited vocabulary, I said “No, Midnight,” repeatedly as he continued to lick my face, but he was bigger than me, so I can only assume that my tiny hands batting at his giant furry face had little effect on his persistence. After much pleading and calling Midnight by his proper name, I finally decided to call him by a different name. I won’t tell you exactly what it was, but it rhymed with “Rashmole,” and it was said loudly enough that the whole table could hear.

Their first reaction was silence, followed by a series of confused looks, “Did she really just say what I think she said?” Then, a roar of laughter. Can you really blame them? I could barely say my own name, but I could articulate a curse word only reserved for the most horrible of people (not to mention dogs). And this was only the beginning. The more my cursing produced laughter, the more creative I became in dolling out bad words. As I approached preschool age, my parents were actually afraid to send me to school. I can only imagine the embarrassment of getting a call from a teacher concerned about what your 3-year-old daughter said to an innocent classmate who happened to take her favorite crayon at recess.

My parents finally got me to stop cursing by accident. An aunt joked with me about how my uncle lost all of his hair because he said too many curse words. I must have been very vain, or at least extremely attached to my short dark hair, because this harmless joke shut down my potty mouth for good (or at least until I was a teenager). I believed it so wholeheartedly that I once shamed a grocery store clerk who made the mistake of saying “damn” after dropping a can of soda: “You shouldn’t say bad words or your hair will fall out!” My mom was mortified.

As an adult, I still use curse words once in awhile, but not to the extent to which I did as a baby (how many people can say that?). More importantly, as a new mother, I am very careful about how I speak in front of my baby, especially since he started using his own first words (which luckily have been limited to “ball” and “car”). Babies are really adept at picking up language from adults, and their ability to understand and later speak words in any language is astounding. Babies start to say their first words between 8 and 14 months of age, and by 24 months, they will have already learned an average of 300 words. Some have suggested that young children can learn between 10 and 20 new words per week, which would be a huge feat for any adult.

Because of this amazing ability for language learning in young children, many scientists believe that there is a critical or sensitive period for language learning, where the brain is especially prone to learning language-related information. This period makes infants and children especially adept at learning language, but once they develop past the sensitive period (around puberty), language learning becomes more difficult—like it would be for an adult. Researchers have found evidence to support this idea by studying how quickly children and adults acquire a second language. In one such study, a group of researchers looked at Korean and Chinese-speaking immigrants who had come to the United States somewhere between the ages of 3 and 39. After giving them a variety of language proficiency tests, the researchers found that it didn’t matter how many years the Korean and Chinese-speaking immigrants had been in the United States; what mattered for English proficiency was when they had first come to the U.S. The younger the age at which they arrived, the better they performed on the proficiency tests, demonstrating that children really are better at learning languages than adults.

When you couple babies’ propensity for word learning with their high attunement to the social cues of their parents, you can be sure that laughter following any word is only going to lead to the same word rearing its ugly head again. This is a great thing when the word is “Mama,” but not so great when the word is something that sounds more like “Rashmole.”

I’m not saying don’t curse ever—hell, I slip all the time. Instead, if you don’t want to hear your child drop an A-bomb in public, it’s important to be careful about the tone that curse words take when children are around. If curse words don’t get reinforced with something rewarding like laughter, children are much less likely to use them. These days I try to reserve them for when my son is asleep—I’m all for laughter, but I don’t really want my son calling my dog a you-know-what, especially in front of company.