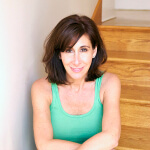 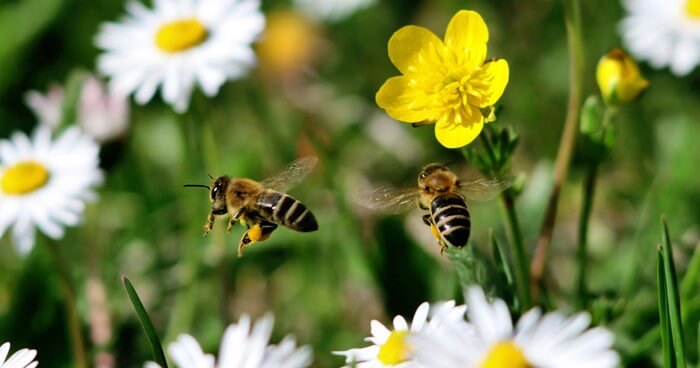 I stepped gingerly across the slick wet rocks, boots in hand, the small stream gleaming. There was something important about getting to the other side without falling in. I placed my foot on the next rock and felt the firm, sudden sting in the ball of my foot. Sharp intake of breath, a sudden jerk, a small yelp. I plunged my foot into the cold water and waded to shore where I sat on the edge of the stream examining my foot in wonder. Stung at last.

When I was a kid bee stings seemed to happen to everyone but me. Bees buzzed lazily in the woods behind my best friend’s house where we played spin the bottle, around the massive garbage bins behind the middle school, by the pool snack shack. Everyone had a bee sting war story: a bee swallowed while zooming downhill on a bike, a hand swollen to the size of a golf ball, a sister who got stung in the eye!

I’d stand in the casual circle of tweens, dripping in my red Speedo, hair slicked back, breaking off bits of a frozen Charleston Chew. I faked my way into the group as if I was just like everyone else. I laughed when the others did as if I knew from a bee sting with the throbbing, the pinkish, raised bump, the way you had to make sure the stinger wasn’t lodged under your skin. If you were allergic you’d find out fast enough, break out into hives or go into anaphylactic shock. Getting stung by a bee was a rite of childhood that wasn’t mine, a story I couldn’t tell.

My first and only sting in the stream happened in my mid-20s. This hike in the woods was a semi-date with a boy I wouldn’t end up marrying. Image was everything. That hike turned into crossing the stream, barefoot, in search of a lunch spot, a place to lull, maybe a flirty conversation. Instead, I ended up sitting in a half lotus on the muddy bank cradling my stung foot. I could see the tiny pinprick where the stinger had gone in. It hurt more than I imagined or let on – deeper and all mine.

There are some events that defy description. You can’t really understand them until they happen to you. Some of them are known and knife-sharp – a miscarriage, a death, even a bee sting – while others are slower in coming, undefined and amorphous until you notice them swirling curiously at your feet like a tattered plastic bag caught in a sudden summer wind. This is what midlife feels like. At some point between loading the dishwasher and paying the taxes, renovating the kitchen and explaining polynomials to my 12-year-old, I turned 46. Now it’s as if the word “midlife” is sewn into the label of my favorite jeans; it’s plastered across my jar of all-natural, skin plumping face cream; it pops up on Google maps when I look up the directions to that trendy new restaurant in the city.

People keep talking about “the second half of life” as if I’m supposed to be done with the first half. I do not feel done with anything. Must the place where I am now, sitting at the kitchen counter, the children asleep, the bananas turning brown in the fruit bowl, be the fulcrum? One step forward and the time I have left is forever less than the time I’ve already spent. How can we know? I am a self-professed late bloomer, stung by a bee for the first time in my 20s. Who knows what other firsts lay in wait for me, what other stories I have to tell.

No one ever mentions the bee post-sting in their tales, how they lay there twitching, lamely buzzing, no chance of a second half. That day by the river, I vaguely remembered that bees don’t survive once they’ve stung someone. I hopped up with boot in hand, waded back out to the rock and quickly crushed the dying thing, sweeping the remains out into the stream.

Lisa Sadikman is a writer living in Northern California with her husband and three daughters, the third one arriving somewhat late in the game, just as she began dreaming of a life beyond motherhood. Instead, it’s déjà vu all over again except this time she’s wearing heels. You can read about her adventures parenting a tweens and a preschooler, managing marriage, and living a grown up life on her blog, Flingo.
Next Article