6 Ways to Get Your Kids Outside (When They Don’t Want to Go!) 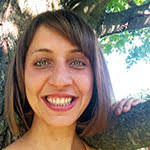 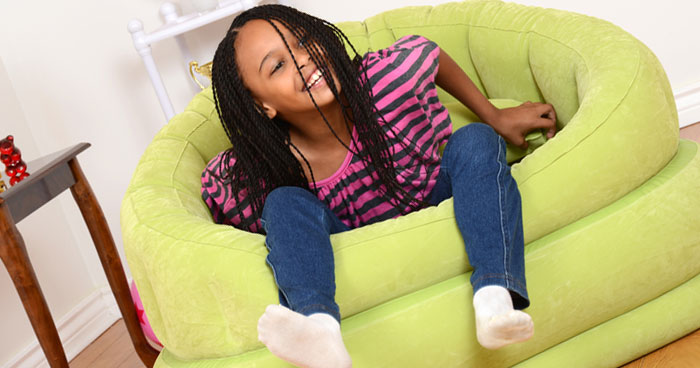 Yesterday I asked my daughter if she wanted to go outside and paint snow butterflies. She looked up from her Play-Doh-induced trance and politely said, “No thank you.” Sigh. Okay, yes I am working on raising a self-inspired child who loves the feel of the wind through her hair. And yes, I do understand that intrinsic motivation is authentic and awesome. However I’ll admit I’m not above occasionally using some guerrilla tactics to at least get my daughter out the door!

Sometimes we are all bundled up and almost out when my daughter mysteriously stops in her tracks and refuses to budge. It’s like she’s standing at the edge of a plane window afraid to jump. That’s when the outside dance comes in handy. Yes, it’s exactly what it sounds like, we sing, “outside dance outside dance,” while hopping and twirling around.

A lot of times it gets pumps her up enough to get her over the threshold! If they don’t really want to dance you can have the kids give a loud whoop, sing a song or do a secret handshake. Really you’re just looking for something to make the moment feel a little more special.

This tactic works really well for me. Sometimes I don’t even bring it up or ask Cora if she wants to go outside. Instead, I get myself almost entirely dressed and slowly but surely start to suit her up. The key here for us is giving her a snack or involved in an activity while I’m getting her ready little by little. Just last week I took this idea on the road. I brought all her snow clothes and got her dressed in the car in the nature center parking lot. Before she knew it, she was in a sled and on the river trail looking for ducks. Outside dance, outside dance!

The idea is that every time Cora goes outside, she gets to color in a tree on the printable that is on our fridge when she gets back in. We use this worksheet filled with 100 trees. She loves doing this and it gives us both a simple visual goal of our time spent in nature. When they’re filled up, we tack it to the wall and print out another one!

Just like most kids, Cora loves eating icicles. Finding one instantly gets her comfortable and excited about being outside. Problem is, they aren’t always readily available and, at 6 months pregnant, I don’t have the ups I used to. Instead I started making my own popsicles using push up forms.

Before we get ready to go out, I run the form under hot water and get the entire popsicle out. Then I go out ahead of Cora real quick and hide one in the snow somewhere. Once I tell her we’re going on a popsicle hunt, it’s on! This can work in almost any climate (even Florida if you hurry:).

No matter if your family is into Santa or not, you have to admit that man has power! One of the reasons why the idea of him works so well is because children have such wonderful imaginations. So choose your myth. We love the forest fairies. On the day before we are planning to go on a big outdoor adventure, I’ll put something special near the fairy tree for them. When we go outside we’ll always go over, see if they took our gift and left any fairy dust behind.

Not into fairies? There are trolls, dinosnowaurs (make big footprints in the snow), or any other imaginary animal you can think of. What makes this stronger and work even better is building an entire story and tradition around your magical creature.

There is something about being outside in a group that makes children click into nature easier. If there are three or four other kids getting ready to go, Cora is way into it. Once outside, they are just totally immersed in playing and being together.

This really gives us parents a chance to take a step back and let our kids self-direct their own play. At the end of the day, I know it’s not about the ice pops and missions – those are just ways to light the spark. Really, it’s about that free play that only comes with time spent in the wild.

These are just some of the things that have worked for me. What little tricks do you have up your sleeve?

I was blessed with a barefoot, tree climbing, fort building, dirt pie making, magical childhood. The birth of my daughter Cora brought those memories into focus, and inspired me to nourish my family’s mind, body and soul in the same wild way. Recently my husband Jon and I took a first step in realizing our dreams by moving to West Michigan to start Honeybird Farm. We are blessed to live and love on sixty beautiful acres where we are raising happy animals, homesteading, and tuning into the world around us. Children are spending less time in nature than ever before. I created the Wilder Child blog to speak to this issue and share activities, adventure and art that celebrates our kids' inherent connection to nature. The best part about this journey has been meeting others while walking the path towards a Wilder, more holistic life!
Next Article