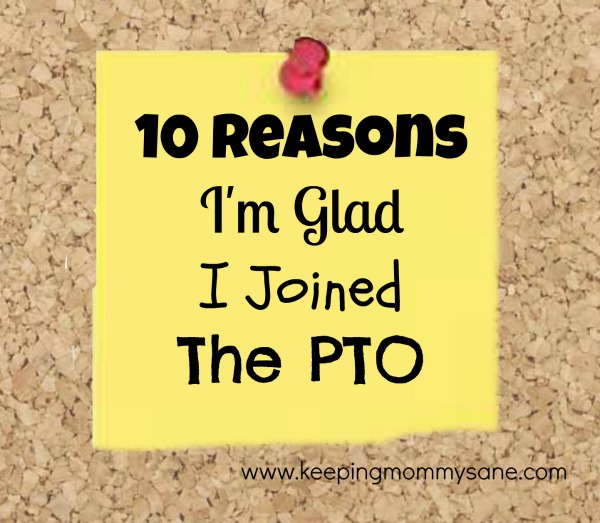 I admit it: I thought the PTO was made up of stay-at-home Stepford wives who put together flashy auctions and baked extravagant goodies for bake sales. I assumed it would be all about fundraising. I thought they would be gossipy and cliquish and pushy and not willing to accept new ideas. I feared they would force me to join committees and would basically suck up every ounce of my precious free time. But a few months after my oldest started kindergarten, plagued my working mom guilt over not being able to help out in the classroom, I decided to brave a meeting and found–gasp!–a room of nice, welcoming and dedicated parents! Flash forward a year later: I am an active PTO member who is (voluntarily!) co-chairing our biggest event of the year and happy that I can use my time and professional skills to enhance my son’s educational experience.

ABOUT JESSICA: Jessica Grimes is a freelance writer and the blogger behind Keeping Mommy Sane, where she blogs about her attempts to juggle a full-time job, motherhood, marriage, fitness, some semblance of a personal life and, most importantly, her sanity. When she’s not eating the last of her kids’ M&Ms (and hiding the evidence), Jessica enjoys running (she’s completed two half marathons, with more to come), celebrity gossip and old re-runs of “Beverly Hills, 90210”. She was recently named one of Babble’s Top 100 Bloggers and has been featured by Boston.com, Women’s Running magazine, BabyZone, The Bump and many other national media outlets. She lives in the Boston area with her husband, 7-year-old son and 2-year-old daughter.