The Worst Thing Happened to Me and It Made Me Stronger 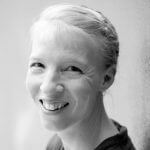 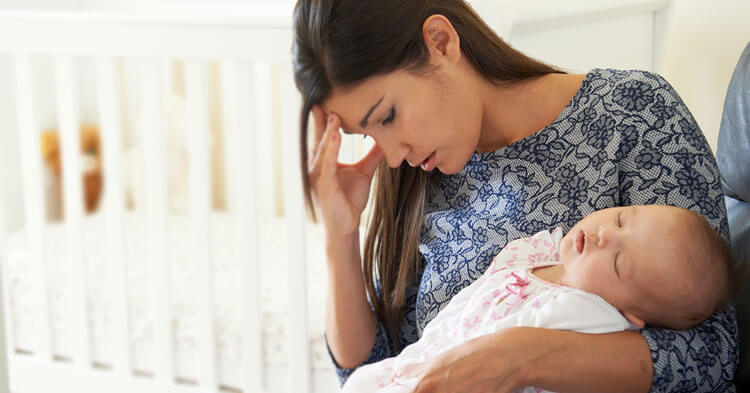 Growing up, I always knew there was some kind of dark secret surrounding my paternal grandmother. We never talked about her for a start and the only photo I could find of her was a small black and white one at the back of a rarely-opened family album.

All I’d been told was that she had died in Finland when my father was still a teenager. I was curious to know more, of course, but I sensed that she occupied something akin to a Pandora’s Box in my father’s mind, and I was afraid that if I opened it, untamed emotions would be released.

As I got older, though, not knowing her story bothered me and I felt a strange injustice that she seemed to have been dropped from our family history.

One day, when I was fourteen, I came straight out and asked my mother. She hesitated but then told me the truth and that’s when I discovered I’d had an uncle I never knew existed. His name was Markku, and he died when he was only seven.

It was a brutal Finnish winter in 1966. My grandmother was alone on the family farm with her two youngest children. My father had joined the merchant navy by then and her husband, my grandfather, was critically ill in the hospital with acute lymphoblastic leukemia.

No one knows exactly what happened, but one morning my aunt, who was 13 at the time, awoke to find her mother and little brother missing, and a pile of partially burnt clothes smoldering in the fireplace.

When she opened the front door and saw her mother’s footprints leading away in the snow, she knew that something terrible had occurred.

She went to school as usual, because she didn’t know what else to do. Later the police came around and told her the devastating news. Her mother had committed suicide and taken little Markku with her. Both their bodies were found floating at the bottom of the farmhouse well.

This revelation imprinted an anxiety in me and over the years I became somewhat obsessed by it.

How could my grandmother do something like that? Could a predisposition for such a thing run in the family? Did she suffer from anxiety and panic attacks just like I did? Was it her husband being unwell in the hospital that tipped her over the edge?

Those thoughts were strongest in my mind last year on the worst day of my life. I was home alone for the fifth day in a row with my 16-day-old baby, while my husband lay in intensive care 150 km away, critically ill with tick typhus.

I had an infected episiotomy wound, early mastitis, diarrhea, and I hadn’t slept for more than two hours consecutively since giving birth. My mother lived eight hours drive away and I had no one else I could turn to.

I was just drifting off at 5 am after being up all night with a baby who was either crying, breastfeeding, or needing a nappy change when I was suddenly aware of a tall man standing silently by the foot of the bed. Immediately, I sat bolt upright and yelled out in terror. The tall man disappeared – he’d only been a hallucination as a result of my extreme fatigue. I flopped back, relieved, but my baby woke up and started crying again.

At the sound of her high-pitched wailing, I knew I had to go. I dashed to the toilet but my pelvic floor muscles, damaged by recent forceps, were too weak to hold it in. As I slumped on the seat with splatters of shit running down my leg I heard the ‘waa, waa, waa’ coming from the other room and my breasts started leaking as well.

With shit and urine and breast milk on my skin, along with matted blood from the maternity pads I was still needing to wear, I was desperate for a shower, but I couldn’t ignore my baby. I went to her cradle to discover she was lying in another bodily fluid – vomit.

Dizzy with fatigue, I cleaned her, changed her sheets and dressed her in a new onesie. Then I stuck her on a cracked and bleeding nipple and tried to rock her to sleep.

An hour later, I thought I’d succeeded. I put her down in her cradle with agonizing slowness, but as soon as I drew my hands away, she bunched up her face and started wailing.

That’s when I finally lost it. It was only for the briefest of moments but it is still the most frightening thing that has ever happened to me. I picked her up, and her wail turned into a scream, and I realized that my fingers were holding her chest with more force than was absolutely necessary.

Instantly, I put her back down and rushed outside onto the deck. I stood there, taking deep gulps of the cool, briny sea air. How could I have handled her roughly? Even for a second? I obviously wasn’t fit to be a mother.

I looked over the balcony, down to the driveway below, and felt a flash of empathy towards my grandmother. I wondered what her last thoughts had been as she’d hugged her youngest son to her chest and toppled over the well’s stone edge.

Eventually, I gathered my strength and went back inside. I picked up my daughter and rocked her. I breastfed her and rocked her and kept rocking her some more. Whenever I stopped rocking, her crying would start again so I rocked her through the morning and the long, hot afternoon, as the sun shifted across the sky.

Finally, when the sky was glowing orange and the sun had dropped away to the west, I managed to put her down and she remained asleep. Giddy with relief, I stood and studied her face. I traced my finger above her imperceptible left eyebrow. Her skin felt so new and velvety.

Little did I know, as I put on a clean nightie and collapsed into bed, that three hours later she would wake again and we’d be up for the rest of the night. I didn’t know how many more times I would feel feverish with panic as we waited for news from the hospital, or how a deranged desperation would come over me every time I breastfed and it felt like the very life-force was draining from me.

What I later came to realize, though, was that living through what turned out to be nine days alone with my newborn daughter was the mothering equivalent of scaling Mt Everest for me. It was the end of a climb, but the beginning of a journey – one I now knew I was strong enough to complete.

I used to think a lot about my grandmother, and wondered what was wrong with her, but as I learned, a person is made up of so much more than a single tragic act. Although my father never speaks of her, my aunt has told me of the many fond memories of her mother that she has managed to keep.

Some gifts come to you in strange packages and the gift of my husband being in the hospital while I struggled to learn to be a mother was that it instilled a core belief in me. If you believe in yourself as a mother, then anything is possible – even making peace with the skeletons in your family.

Suvi Mahonen is a freelance writer based in Surfers Paradise on Australia’s Gold Coast. Her non-fiction has appeared in various newspapers and magazines in both Australia and Canada including The Weekend Australian, The Sydney Morning Herald and Practical Parenting. Her fiction has been widely published in literary journals and anthologies including in The Best Australian Stories and Griffith Review. A portion of a longer work-in-progress was nominated for a Pushcart Prize. For more stories, artwork and photography from Suvi visit her blog.
Next Article