Why I Let My Kids Fight 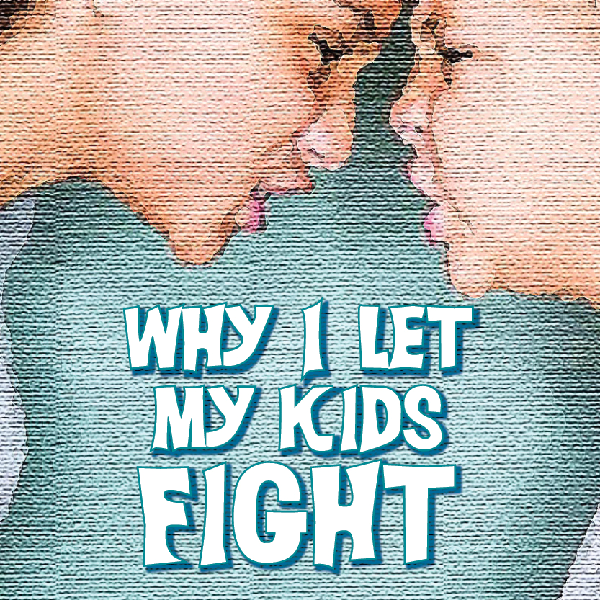 Look on the wall of any kindergarten classroom and you’ll find a list of rules like this:

From the minute they enter the school system, our kids are taught how to be good, play fair, be nice. It’s wonderful and delightful and, well, unrealistic.

I was the mother who mirrored those rules at home. I made damned sure my children said please and thank-you. I always facilitated sharing and turn-taking. We spoke about weapon-words and how to ask for things nicely and how snatching toys was bad. When my  children started to fight with one another, I always jumped right in and mediated so they could learn that it’s not necessary to be mean. We did a lot of role-playing.

How very naive. Not to mention short-sighted.

By constantly reprimanding my kids for snatching/pushing/fighting, I had inadvertently made these deeds into a far bigger deal than they, in reality, are. Other kids, whose parents weren’t anal-retentive like me (yes, I do admit it) would brush these things off. My kids would dissolve into a puddle. All my well-meaning, Mary-Poppins-chanelling, try-hard mothering did nothing for my kids when it came to finding their way in the big, bad world. In fact, much as it pains me to admit it, I think I handicapped them.

I should have known better.

I was always the kid who did the right thing. I was the one who was always nice, who always shared, who was always fair. I have spent my entire life feeling slapped in the face by people who don’t play by the same rules. I am 36 years old and I am still learning the hard way that not everybody follows them. Hell, there are lots of people out there who haven’t ever heard of them. I still cry when I realise someone didn’t play fair.

A few months ago, after counselling my child through another episode of heartbreak over a relatively minor altercation with a friend – something she should have had the resilience to brush off – I had an a-ha moment. All my interfering when my kids fight with each other needs to stop. They have the perfect training arena for schoolyard altercations right here at home! By telling them to  stop fighting, by intervening and helping them through the moment, I have not been allowing them to learn how to stand up for themselves. I have stopped them from learning that they can survive ugly words, snatched toys and the occasional shove. I have stolen from them the precious lesson that they have the ability to stand up for what they believe in. By constantly coming to their rescue, I have not allowed them to recognise their own power to do it themselves. I have essentially taught them that they have no power. Way to go, Mum.

So, I let them fight. It grates on my nerves and feels wrong, but I let it happen. And when they come to me, crying and rubbing a sore arm, I try to discuss with them how they could have handled things better. We talk about “the golden rules” and how living by these rules will make them better people. We discuss “respect” and “tolerance” and how the fight didn’t really need to happen. We hug (often not too willingly), we laugh (eventually), and we move on. We now have a more chaotic home, more bruises, and less civility. But I feel like my kids are better armed for the reality of the world outside of this cocoon we call home.

Yes, I can’t stand hearing them fight. Yes, it takes every ounce of self-control to not, control-freak-like, jump in and “fix” the problem. Yes, I believe I’m doing the right thing.

I want my children to grow up to become amazing people. I want them to be the type of people who treat others fairly, stand up for their beliefs, give generously and play nice. But I also want them to be able to cope in this game of life, where the majority of players burn the rulebook and get away with it.

ABOUT MICHELLE: Michelle Lewsen is Editor at Bonbon Break. She has 18 years’ experience in the advertising industry and multiple International awards under her belt. Most recently she was selected as a BlogHer Voice of the Year in the “Inspiration” category. She is  also the founder of They Call Me Mummy, a website for women (parents and non-parents, alike) covering a wide range of topics from parenting to work-life balance to mental health and fitness.