Throw Another Mom a Rope – by Allison Slater Tate 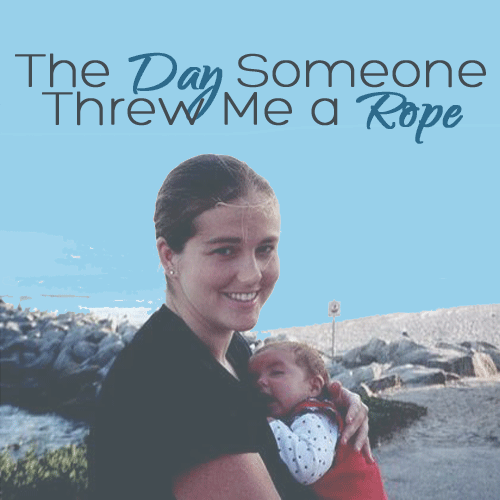 Despite dog-earing the pages of the iconic book religiously during her first pregnancy, Allison never expected a lot about the first few months of her baby’s life: the unexplained crying for hours on end, the way her body felt broken, the hormones and intense sleep deprivation that crippled her. With her parents on the opposite coast and her husband back at work, she felt a tide rolling over her. Then, just when she felt herself sinking, someone threw her a rope.

This is Allison’s first post at BonBon Break; welcome, Allison!

ABOUT ALLISON: Allison Slater Tate is a writer and a mother of four children. After acquiring a degree in English from Princeton and surviving a brief career in Hollywood, she set off on the grand adventure that is motherhood in suburbia. Now she is too tired to stay up late enough to watch the television shows she used to work on every day and her children don’t believe she knows how to do fourth grade writing homework. It is a glamorous life. Allison’s writing appears on The Huffington Post, Scary Mommy, and Brain Child as well as in the anthologies The HerStories Project and This Is Childhood. She was named a BlogHer Voice of the Year 2013 for her essay, “The Mom Stays in the Picture,” which has been read and shared around the world.