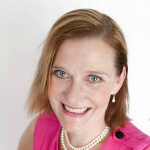 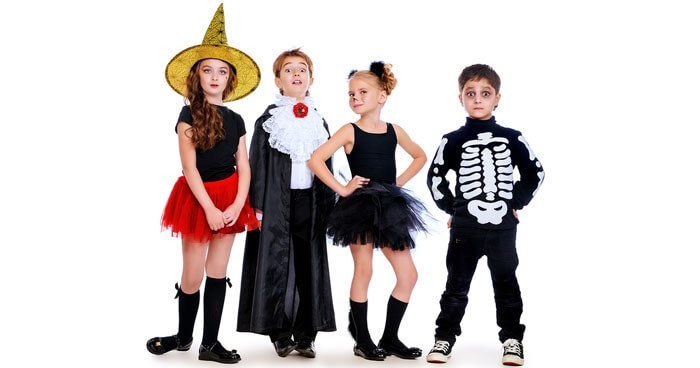 By the time mid-October rolls around, the kids (and if you live in my house, the grownups) are getting excited about Halloween. Having a semi-sane Halloween with young kids involves a little planning and lots of luck.

Here are eight tips for surviving Halloween with kids and making great memories:

1. Pick the costume out early and get it out of the way

I buy my kids’ Halloween costumes as soon as they go on sale right after Valentine’s Day. Okay, maybe I’m exaggerating . . . but not much. I snag costumes as soon as I see them in the store. I get my pick of sizes – nothing is worse than telling a four-year old who wants to be Batman that there are no Batman costumes in his size anywhere within three counties.

I give my kids minimal input on costume choices. Kids under six are either too young to care about their costume or are “into” so many cartoon characters that they’ll change their minds on what they want to be for Halloween 486 times before October 30th.

Your child will have to pee at some point during the Halloween festivities. Have an idea of where and how to make that happen. If potty training is still a new thing and there’s a narrow window between “Mommy, I hafta pee” and an accident, you might want to rethink a costume that’s complicated to get out of.

Trick or treating in your neighborhood? Trunk or treat at your church? And again at your mom’s church and the church down the street that don’t even attend? Your local “Zoo boo?” If you play your cards right, your kid can party hard the week leading up to Halloween and snag enough candy to keep 10 children sugared up for days, but is that a good thing?

It’s great that there are so many options for enjoying Halloween, but stop and think before you drag your small human to each and every thing just because you can.

Yes, really. Too much Pinterest will rot your brain . . . okay maybe not that, but it might convince you that you should become a whiz at concocting Halloween crafts out of recycled yogurt containers and toilet paper rolls. Every time you log on, Pinterest will make you feel inferior by showing you “easy” projects and treat recipes you should be making with and for your kids. And, if you’re one of those moms who bought  costumes at Costco, Pinterest will shame you for not caring enough to make a dinosaur costume out of felt in 104 easy-to-follow steps.

Don’t get me wrong, Pinterest is great. It’s the first place I look when I want to find a great recipe or inspiration for a party hairstyle. But this time of year, Pinterest is full of oh-so-simple looking crafty things and recipes that lure you in. The next thing you know, your fingers are stuck together with hot glue and you’ve got glitter underneath your fingernails and in other places you don’t want to have glitter . . .  ahem.

5. Talk to your kids about what to expect

This is really simple, but sometimes we get so caught up in the frenzy that we don’t realize the Halloween festivities are new, unfamiliar and maybe overwhelming for little goblins. My two boys are five (yes, I have two five-year-olds – just let that sink in) and this is their third year trick-or-treating. I plan to go over the play-by-play with them before we head out on Halloween night. They sort of remember how it went down last year but 12 months is a long time for very young children, so don’t assume they remember the drill.

And, things change. This year, one of my boys is really afraid of all of the super scary Halloween stuff that didn’t bug him last year. Unless you plan to take your kid to a Halloween event that doesn’t involve anything scary (and those events are certainly out there), it helps to set expectations. We’ve explained to Zack that some parts of Halloween are meant to be scary and to reassure him that it’s all pretend, but we avoid those houses that are really tricked out with spooky decorations. The yard littered with dismembered skeletons, tombstones and fake entrails may not the best fit for the very young trick-or-treaters. You can tell your kids “it’s not real” all day long but that might be a little too much for them to process.

This goes along with talking about expectations. I’ve found that trick-or-treating for an hour and then coming home to pass out candy works best. Younger kids might not have the stamina to walk the streets begging for candy for two hours plus. An hour works best for us and everyone knows what’s up ahead of time.

7. Have a candy plan

My candy plan is to sort through all the candy, pick out the quality chocolate and let the kids have at it for one night. I mean, it’s one night. I can handle two hyped up, sugared up kids for one night. After that, everything goes into a bowl and I dole it out. I might give a piece for good behavior or throw some in the lunchboxes. Maybe it’s the OCD in me but I like knowing beforehand how the candy is going to be handled.

If the idea of a ton of candy in the house bugs you, try adding the Switch Witch basket to your Halloween lineup. It’s a cute, decorative basket that you enjoy as part of your Halloween décor up until the big night. You use it to display your candy and then after a set number of days “the Switch Witch” comes to take the candy, replacing it with a toy or other fun thing that doesn’t involve sugar. We haven’t tried that yet, but I think it’s a good idea.

And let there be no doubt, that quality chocolate is all mine.  Mini Snickers pair well with a nice Pinot Noir.

8. Cut them some slack

Your kids probably won’t be on their best behavior on Halloween night. It’s something special and the general vibe of the evening is not the same as every other day, and really, why would it be? Expect hyperactivity, the odd tantrum or two, uncharacteristic shyness, potty accidents – and anything in between.

Teach your kids basic manners. You know, to say “Trick or Treat” properly at the doorstep and to say “thank you” when someone gives them candy or compliments their costume. Teach them not to say stuff like, “Ewww, that looks gross” when some old lady drops Christmas candy from two years ago into their buckets.

And cut them some slack if they forget their manners or say something embarrassing. Chances are, nothing that happens on Halloween is going to really matter in the long run. Keep things in perspective.

Bottom line, trick-or-treating with children under six might require a little more preparation and structure, but it’s totally worth it. Seeing these little kids’ eyes light up at the magic of Halloween is priceless.

Jill Robbins is a wannabe wine snob and sometime runner from San Antonio, Texas. She has a degree in social psychology which has so far been unhelpful in understanding the behavior of her husband and three children. She writes about adoption, motherhood and midlife on her blog, Ripped Jeans and Bifocals. Jill is a regular contributor to The Huffington Post, Blunt Moms Babble, and Mamalode. She’s also been published in The Washington Post’s On Parenting and has had writing featured on Scary Mommy, Mamapedia Voices, In the Powder Room, SheKnows Parenting, Midlife Boulevard, Beyond Your Blog and other places around the internet. Her print publications include the December 2014 issue of Mamalode and three upcoming anthologies about motherhood. Jill is excited to be a member of the 2015 cast of Listen to Your Mother, Austin and she’s super excited to be on BonBon Break, because she really loves BonBons. And good stories. She someday hopes to write the books that are living in her head.
Next Article