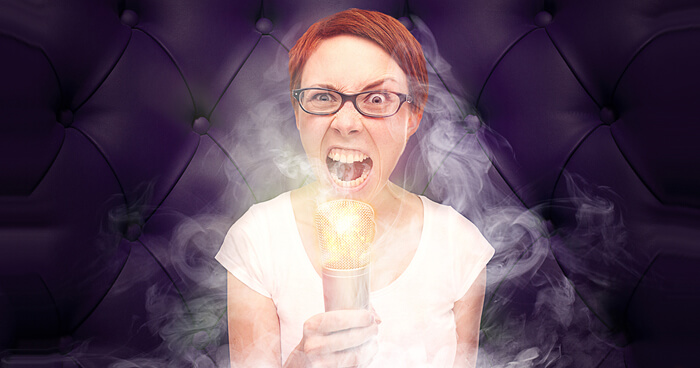 I’ll come out and say it.  I let both of my children cry it out.  I tried one of those kind, gentle methods where you let your baby cry for progressively longer intervals before soothing her — until your child gets the hint that you are not coming for x amount of time.  Both my children were like, “Are you freakin’ kidding me?  You stick a boob in my mouth every whimper since I was born, and now I’m supposed to fall for this ever-widening-interval-pat-down crap?  No way, lady.”

By the time my firstborn son was six months old, I could have counted on one hand with fingers to spare, the amount of nights I had slept more than a six-hour stretch.  It was much the same with his younger sister, except this time I had a two year old to take care of as well.  One night I hurled my metal water bottle at the wall and left a gash in the plaster.  By the third or fourth time my six-month-old babies woke up during the night, I was hissing at them to “GO TO SLEEP!” I felt psychotic.

“Have you tried cry-it-out?” a friend suggested.

I immediately did some Internet research and interviewed other parents via Facebook and in person. Cry-it-out seemed both delicious and desperate.  Supporters claimed that it only took a few nights, that CIO would, in the end, help a baby to get the sleep he needed, and most of all emphasized that an exhausted mother was potentially a danger to herself and her children.  What hit home was the rationale that “if your child wouldn’t eat or brush her teeth wasn’t it your responsibility to see that she did?”  Sleep was the same thing!

Detractors argued that leaving a six-month-old screaming, in the dark, alone with no one to comfort her was downright cruel.  After all, if your child wouldn’t eat or brush her teeth would you force her to until she screamed herself sick?  Their objections were dire. Your child might suffer lasting emotional and psychological damage.  Your child might vomit. And worst of all, your child might DIE.

I talked it over with each child’s pediatrician.  Both doctors said my children were vigorous and healthy infants who would be absolutely fine.

Friends suggested I should leave the house.  Let the Hubs take care of it.  I couldn’t.  I’d do it myself.

On the appointed night at 8 pm, I fed my baby extra, gave him extra pats and cuddles and kisses. I read more stories than usual and told him I loved him over and over.

Then, the second the door was closed, the wailing, and then screaming began. I bit my hand. I cried.  Over an hour of howling.  Then silence.  I went in to check.  Baby sleeping?  Check.  Three hours later more crying. This time almost two hours.  I was sick to my stomach.  Then four more hours of sleep.

We did it again with only about thirty minutes of crying the second night.  And night #3?  He slept until 4 am, when I gleefully and gratefully nursed him, in the most gleeful early morning feeding there ever was.

Two years later, I repeated things almost to the letter with my daughter.

Both times, when it was over, I felt relieved and effective.  I had saved not only my kids’ sleep but my own.  I was a maternal BOSS.  And there was no way that CIO could put a black mark on my parenting.  I was compassionate, affectionate, and fiercely loving to my children in every other way.

On Facebook, a friend had posted an article about some criminal of a doctor advocating that 8-week olds cry-it-out.  Underneath this post, I learned that to some of those in the Anti-Sleep Training Camp, those of us who let our kids cry it out were monsters. We were cruel and disgusting, and probably still left our frightened toddlers and school age children to wallow alone in their nightmares and filth.

It’s perfectly normal to look at another mom’s choices and think, “never in a squatillion years would I do that with my children.”  But using those choices to decide that another mom – a perfect stranger at that – not only doesn’t love her kids, but dislikes them so much she has actively chosen to give them permanent, yet latent psychological damage is simply absurd.

I’d like to think it’s overwhelming love for all childkind, but that kind of barbed wire judgment more than likely stems from a deep insecurity about one’s own parenting.  Motherhood doesn’t have progress reports; confirmation that you’re doing things right is few and far between.

Sometimes the easiest way — the only way — to feel better about your own parenting is to condemn someone else’s. I’ve been there, done that.  And in those dark moments, when we’re so unsure of ourselves that only being crowned Mother of the Year will settle our souls, we need someone to tell us we’re phenomenal mothers, and then we need to cry it out, until we can finally breathe.

Before her two children re-choreographed her life, Keesha was a professional dancer who performed in the U.S. and in Europe. Today she teaches modern and jazz dance in the Chicago area. She is also the human cyclone behind the blog Mom’s New Stage. Keesha is one of the select contributing authors of In The Powder Room’s first anthology, You Have Lipstick on Your Teeth. Her writing has been featured on Mamapedia, The Huffington Post, in the New York Times bestselling anthology I Just Want to Pee Alone, and I STILL Just Want to Pee Alone. She was recently awarded a Voice of the Year Award for her Bonbon Break original piece, Dear White Mom.
Next Article