Raising 14-Year-Olds Ain’t For Punks: Learning How To Let My Baby Spread Her Wings & Fly by Denene Millner of My Brown Baby 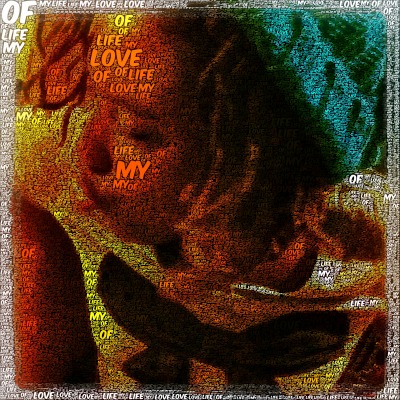 There’s so much that comes with this age, things that make all the other milestones we parents tend to fret over—sitting up, first words, first steps, potty training, dry nights, first day of kindergarten, first lost tooth and all of that—feel trivial. After all, when they are little, they are dependent and vulnerable and our jobs as parents, as my mother once told me, is to “keep the kids from killing their fool selves.” We grown-ups are in total control. We know it. The children know it. There is no pushback. It is what it is.

But, my God, how those dynamics change when our babies mature and those hormones are in full effect and they start smelling themselves and get behind the wheel of their own thoughts and emotions and desires and… pull away. My Mari has her own ideas on how she wants to dress, what she wants to listen to and watch, how she feels about the world around her and how she wants that world to really see her. My once sweet and helpful and bubbly child has morphed into straight lines and sharp edges, with an attitude and opinions and a fierce hunger for independence—the kind that comes with a challenging of rules and a demand for self-sufficiency and a smidge, too, of secrecy.

I remember 14 and I (try to) understand—(try to) acknowledge that she has the right to like what she likes (within reason) and think how she thinks (with logic and evidence to back it up) and feel what she feels and that those likes and thoughts and feelings may not necessarily sync with mine and this is okay. As she evolves, so, too, do I.

ABOUT DENENE MILLNER: New York Times best-selling author Denene Millner is a hotly sought after award-winning journalist whose insightful and captivating pieces have secured her foothold in the entertainment, parenting, social media and book publishing industries. The former Parenting magazine columnist has penned 22 books, including Act Like a Lady, Think Like a Man, co-written with Steve Harvey. She also is the founder and editor of MyBrownBaby.com, a critically acclaimed blog that examines the intersection of parenting and motherhood through the multi-cultural experience. Under Millner’s leadership, MyBrownBaby has won numerous awards and enjoyed recognition as a Top Mom Blog of 2011 and 2012 by Babble.com, solidifying it as one of the most respected and celebrated niche blogs on the web. Millner frequently contributes as an entertainment writer for Essence, Ebony and Jet; her extensive television experience includes appearances on the The Today Show, The Nate Berkus Show, HLN, MSNBC and the Rachel Ray show. The former political reporter and entertainment journalist lives in Atlanta with her husband and their two daughters.