Preparing Your Child for A New Baby 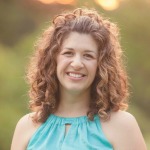 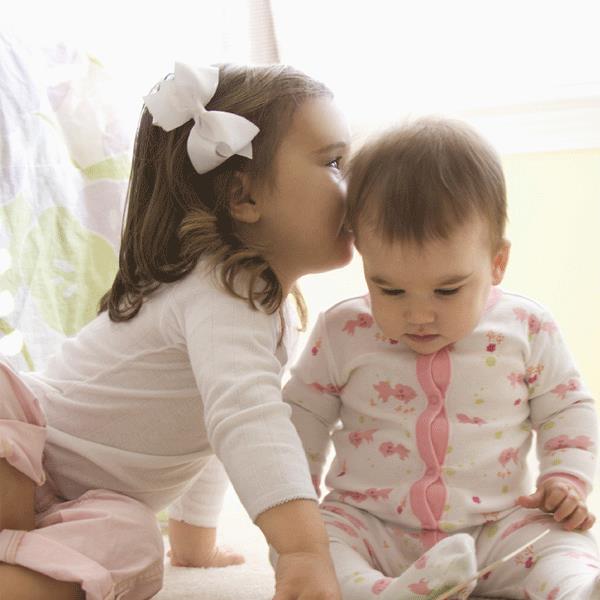 One Monday morning, which turned out to be unusually easy for a stay-at-home morning, I was perusing a bunch of blog posts related to sibling rivalry. It was an unusually easy morning because, as I sipped coffee and sat at my laptop, the boys (ages 2 and 5 at the time) were actually playing together – nicely! Now, I’m not going to say my boys don’t have their moments with each other. They certainly do and they even had a few “moments” this morning. The battle usually starts the minute I turn my back, which is why I was sipping my coffee 3 feet away from them and not across the house.

But it has melted my heart to watch their relationship unfold over the past several months, as Bee has gotten older and become more able to “play” with his big brother. I love watching how Bee idolizes Zippy, copying everything he does, and how Zip tries to teach Bee new things or wants to wear their matching Big Brother/Little Brother t-shirts. On this particular day, they teamed up to play “tricks” on Momma, gathered every stuffed dog in the house to reenact 101 Dalmatians, and ran around the house shirtless pretending to be cave men.

I think we’re doing okay, which made me think about how we got here.  This post is the first in a 3-part series about siblings.

When I was pregnant with Bee, one of my biggest fears was that my children wouldn’t have the relationship I wanted them to have. I fantasized about two brothers who were also best friends, who looked out for each other, played together, and remained close into adulthood. I worried about having two kids who didn’t get along, especially after reading some stories about siblings who just didn’t click from the get-go and whose parents lived in a constant war-zone.

Zippy was 2-1/2-ish during my pregnancy with Bee. He turned 3 shortly before Bee was born. Of course, how to prepare a child for a sibling’s arrival depends on where he or she is developmentally, but this is what worked for us with a very verbal toddler.

1.  We talked a lot about babies, in general.

What can babies do? What can’t they do? What are the rules around babies? I hoped that by setting some guidelines before Bee arrived and helping Zippy know what to expect, things would go more smoothly. We talked repeatedly about what babies can and can’t eat, how babies sleep a lot and cry because they can’t talk, how babies don’t sleep with pillows or toys, and so forth. We established some “rules” like only Momma and Daddy feed the baby and Zippy would be allowed to hold the baby, but only with Momma or Daddy’s help and never by himself. We signed up Zippy for a “Big Siblings” class at the hospital, which covered some of these same topics.

2.  I tried to prepare Zip not only for the great things about becoming a big brother, but also for the things that might be challenging.

Yes, it will be fun to have a cute little baby around, but it also means sharing our attention with someone else. He might have happy feelings and mad feelings about his baby brother sometimes, and that would be okay. Interestingly, Zippy always insisted he was nothing but excited about the baby, but I still made a point of letting him know it would be okay if those feelings changed.

3.  I tried not to blame things I could or couldn’t do with Zippy on my pregnancy.

This was hard when I had horrible sciatica and could barely walk, much less carry around a little boy who, at 2, still wanted to be carried. In spite of my efforts, Zippy did catch on that some things were due to the baby-in-my-belly. So I also tried to replace the things we couldn’t do with things we could do, and to recognize that even as he was going to become a big brother, sometimes he still needed to be a baby too.

Like my husband and me, Zippy is a bookworm. So we got lots of books about becoming a big sibling. It was important to me to find ones that didn’t just glamorize becoming a big sibling, but also showed that it could be hard, too. Some of our favorites were “Peter’s Chair” by Ezra Jack Keats (we just love Peter in general), “Little Rabbit’s New Baby” by Harry Horse, and a book we got at Target that showed a brother waiting impatiently for his new baby to get old enough to play with him (of course, I can’t find the book now!).

5. As my due date neared, we prepared Zippy for what would happen when I went to the hospital.

We let him know who would stay with him, that his Auntie might be at the house one morning when he woke, and that he’d get to come visit in the hospital within a day or so.

Being excited about pregnancy and adding to our family, the baby was on my mind much of the time. One of the things I tried to stay conscious of was finding a balance between sharing my excitement with Zippy and preparing him, but not talking about it so much that Zippy would become annoyed or feel pushed aside before the baby had even arrived.

Oh, but the beauty of that moment when Zippy finally met his baby brother! He rushed into that hospital room so excited, barely gave me a second glance, and eagerly scanned the room for that new baby he couldn’t wait to meet.

Ellie is the Editor of the Family Room at BonBon Break and blogs at Musing Momma, where she shares inspiration for happy parenting and reflects on life as momma in a mixed race family. Ellie has a Ph.D. in psychology and counseled children and families for several years before changing paths to spend more time with her family. She resides in central Pennsylvania with her husband, their two adorably mischievous boys (ages 4 and 7), and their sweet, arthritic dog (age 84, in dog years).
Next Article