Why I No Longer Say “Happy Memorial Day” 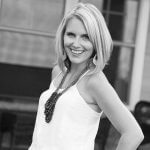 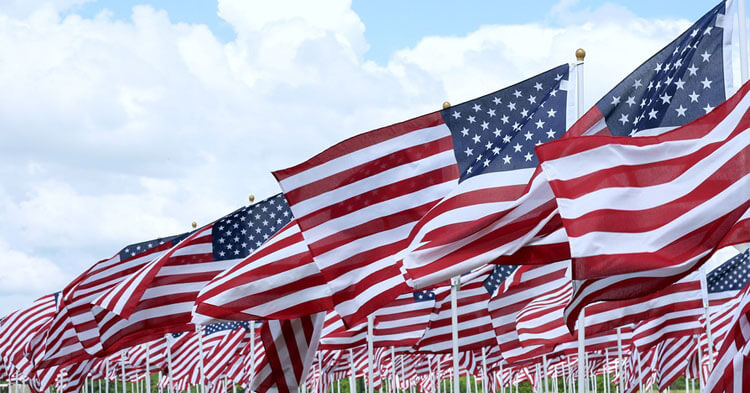 I’m 34 years old- a good patriotic southern girl with a firm respect for our military- but it didn’t hit me until last year that the words “Happy” and “Memorial Day” should never coexist in the same sentence.

I was at a family member’s BBQ. A wonderfully kind and compassionate family member was gravely bothered. Someone had called her out for saying “Happy Memorial Day.” She was concerned that she had offended someone.

I rolled my eyes. “Don’t worry about it. They are just overly sensitive!” I assured her.

And I went back to watching my kids splish and splash in the blow-up pool.

But I couldn’t brush the issue aside. And neither could my other family members. We debated and quickly realized the error of our collective ways.

For 32 years, I  gorged on hamburgers, devoured home-made ice cream, and wakeboarded and inter-tubed all day long on the river. As a show of respect for the day, my Dad always purchases a brand-new American flag to display proudly on our dock.

It is a day where we enjoy our freedoms. And let people know that we love America.

But, I’d never really even paused to consider what Memorial Day is all about.

The full gravity and solemnity of this day – the day that is set aside to honor the men and women who died in combat- had somehow escaped my consciousness.

My Poppa was a WWII veteran. He lied about his age when he enlisted so that he could serve the great US of A. He was the youngest Sergeant General in the Army.

He never really wanted to talk about his time in combat. He once confided in me that still, at the age of 80, he’d wake up with nightmares. He was stationed on the European front. Normandy. The Rhine River. Concentration Camps. I can’t imagine the atrocities he witnessed.

My great-great grandfather was a WWI veteran. I have, in my possession, tattered postcards that he sent my great-grandmother while he was overseas. In one of them, Grandpa Tite wrote that if it hadn’t been for a field of turnips, he would have died of starvation. That’s right. He stole turnips from a farmer so that he could live. I can’t imagine the atrocities he witnessed.

A young combat veteran, who did time overseas in Iraq, recently approached me and told me how hard Memorial Day is for him. How immensely uncomfortable it makes him when people to thank him for his service. He’s home now, with his family. But he lives with the vivid memories of his colleagues and superiors dying in combat. Dying to save him.

I can’t imagine the atrocities he witnessed and now can’t forget. “Don’t thank him,” he implores. Instead, remember the fallen soldiers and their families. He says, “Thanking a combat veteran on Memorial Day has always seemed awkward and somewhat hurtful.”

I see the images, floating around social media, of young widows- with clenched faces- lying on blankets atop the flower-covered graves of their husbands. Some of these women have babies in their laps- babies that will never see the face of the father who died protecting all of our freedoms.

And just this morning I read brutally raw and honest commentary, published by the Chicago Tribune, titled I’m a veteran, and I hate ‘ Happy Memorial Day.’ It’s powerful stuff. Read it.

I get it now. I’m sorry veterans and family members of the fallen.

I shouldn’t have ever said it.

I’ll say it all day long on the Fourth of July. I’ll thank you on Veterans Day. But today I’ll refrain from the word…because…

There is no “Happy” in “Memorial Day.”

It’s a day of remembrance.

Today is a day where we should pause, pray, and give gratitude to the 1.3 million brave men and women who have died to protect the very freedoms that we are privileged to enjoy on this beautiful day.

So in addition to all the fun and revelry in which we partake….let’s stop and remember.

Sarah Philpott Ph.D lives in the south east on a sprawling cattle farm where she raises her two mischievous children (with one on the way!) and is farm wife to her high school sweetheart. A former teacher, she now spends her days cleaning peanut butter & jelly off the counter, dreaming of traveling the world, hosting “get-togethers” for her family & friends, and chasing her kids around the farm. Sarah is represented by The Blythe Daniel Literary Agency. You can visit with Sarah at her All-American Mom blog where she writes about cultivating a life of down-home simplicity. She also has a passion for helping women cope with pregnancy loss.
Next Article