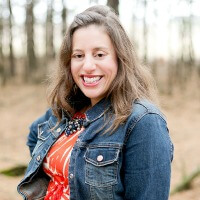 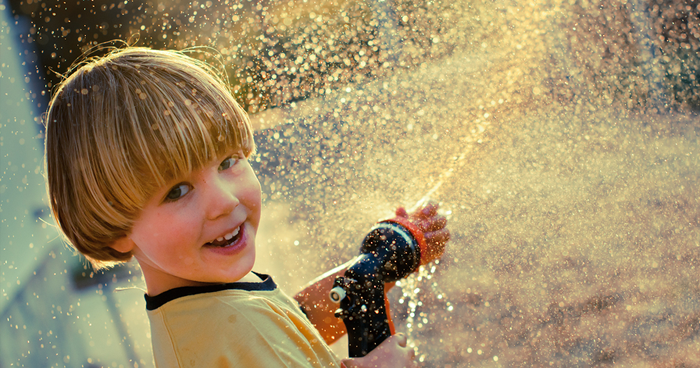 2. I’ll let them help cook–even if the word “rainbow” is right there in the recipe title.

3. I’ll love the days that we change straight from pajamas to swimsuits back into pajamas.

5. I’ll start a movie after bedtime.

7. We’ll burn marshmallows for s’mores–lots of them.

9. We’ll ride our bikes a little further than I want to.

10. We’ll cover the driveway in chalk and I won’t say a word about the dust and the clothes and the knees and the fingerprints. But I will say a lot about the furrowed brows and the focused eyes and the side-by-side-ness and the colors and the sound of chalk against driveway. (*Which is somehow so much better than on chalkboard. Why is that?)

12. We’ll go on a hike, early in the morning, before it gets too hot, even if anyone-someone-more than one someone says they don’t want to go.

14. We’ll stop at lemonade stands. I’ll keep extra coins in the car so we can all get lemonade. Every time. And leave a hard-earned tip.

15. We’ll have a lemonade stand of our own. Maybe even more than one.

18. We’ll take the dog with us on more outings than not.

Read more in the Family Room

On any given day Galit Breen can be found juggling three kids, one husband, one puggle, and her laptop. Galit has had essays published in several anthologies, is the editor of Pens and Paint, a series anthology of children’s poetry and artwork, and co-directs Listen to Your Mother, Twin Cities. Galit is a freelance writer for Everyday Family, Mamalode Magazine, SheKnows’s allParenting, Soleil Moon Frye’s Moonfrye, and The Huffington Post blog. Galit blogs at These Little Waves and — it has to be said — Tweets and Facebooks a lot.
Next Article