Our Fight to Be the Right Family

By the time most people embrace adoption, there has already been a long and emotional journey.  This was true for my partner and me as well.  Knowing how quickly we would claim a child as our own, children that were likely to be returned to their biological families were not an option for us.

When we got the list of items that needed to be purchased and forms that needed to be filled out for the home study, we eagerly got started.  CPR class completed, fire extinguisher purchased, finger prints and FBI clearance completed, 3 letters of recommendation finished, etc.  If only all parents had to prepare like this before starting a family!

Although it was time consuming, the home study process proved to be the easy part.  There were things that we could take charge of and get checked off the list.  The hardest part came after the home study was completed…the waiting. We tried to think about this time in the same way that other expectant mothers must; however, we worried that our call would never come.

Then, the phone did ring with news of a possible placement. Instantly, we would talk about names and make plans for the nursery.  Then, the next call would come.  “Another family has been selected.  We’re so sorry for getting your hopes up…not this one.”

The first “no” call was devastating.  Over time, you tell yourself not to get so invested so quickly.  As our frustration grew and our patience dwindled, the social worker would try and comfort us by saying…  “The right baby finds the right family.” We prayed that she was right!

Then it happened…it was our turn!  The call came and although I thought that we were prepared, I felt like a zombie as I heard the words “healthy, baby boy with low risk involved.”  Shortly after, we found ourselves filling a shopping cart with diapers, blankets, and other necessary baby items.

After an evening of excited phone calls and little sleep, it was time.  The first moment we saw him at the hospital, we were in love!  We couldn’t take our eyes off of him.  It seemed that the social worker was right!  This was our son and we were going to provide him a wonderful life!  It was perfect!  Just like we had imagined and always wanted.

I remember where I was standing when I got the phone call.  I was on a break before my next parent conference.  I was expecting to hear that we were able to schedule the final court hearing; instead, I heard that a biological family member planned to fight for custody.  A meeting was planned to speed up this new decision.  The baby that we had loved for the last 18 months was going to be given to someone else.

We were told that if we fought the decision, that we could spend tens of thousands of dollars and lose anyway.  We were in the middle of a nightmare!  In all the ways that mattered, he was ours.  He knew no one else.  He loved no one else.  So as terrified as we were, we had to fight.

The fight was hard, but what was even more challenging, was hiding the overwhelming fear that was with me 24 hours a day!  Breakfast, dinner, bedtime routines all had to be maintained for the sake of my son.  Not only did we demand this of ourselves, but we demanded it of our extended families.  No one was to treat him differently or share their own fears.  It might have been unfair, but we were barely hanging on due to our own terrifying thoughts.

We celebrated Thanksgiving and continued to be thankful for everything that we had.  We took the traditional Santa picture, although we were afraid that it would be the last.  We continued with our New Year’s tradition and hoped that there would be more just like this one.  We sat at Mother’s Day brunch and had to ignore the real possibility that there may not be any “Mama” next year.

For eight months, we continued to devote ourselves to a child that many said would not be ours.  Each morning, we would have to move on with the lawyers, the calls, the court dates along with the play time, feedings, and bonding.  We had to behave as though he was ours, even though we were terrified.

After what seemed like an eternity, the date finally arrived.  Against all odds, a very bright judge ruled in our favor. The length of time, the testimony from the experts, our willingness to include the birth family at some level, and the obvious attachments that had been made could not be ignored.

That was almost six years ago and although our son doesn’t remember any of it, I don’t think that we will ever forget.  I kept a journal during the process and hope to share it with him someday.  I want him to know that no matter how impossible things might seem, there is always hope and we will continue to fight for him when necessary!

ABOUT KELLY: Kelly is a mother, blogger, writer, and working elementary teacher.  She started her blog My Twice Baked Potato as a way of educating others about twice-exceptional children. Although her son doesn’t share all of her interests (entertaining, Twitter, and reality TV), they share a love of games, animals, and fancy hotels. 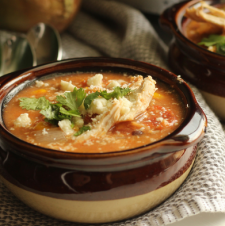 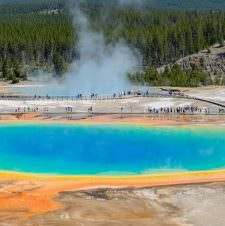 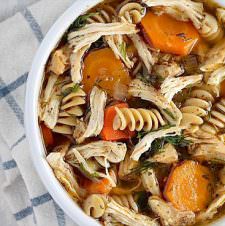