Ditch The “Things Not To Say To Moms” Lists 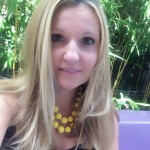 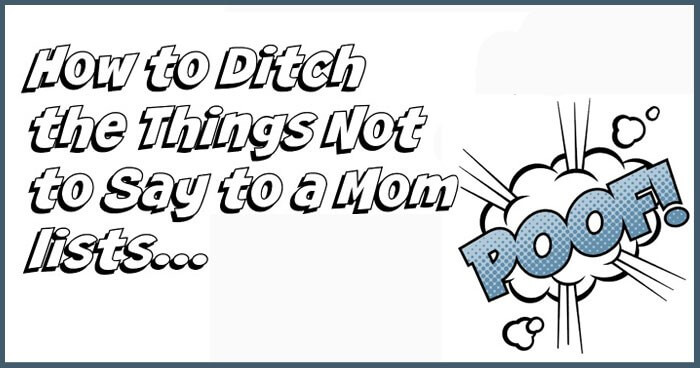 You’ve probably laughed along with them or nodded your head in agreement.

X Number of Things Not to Say to a Mom . . with a child with special needs, with autism, with twins, with all boys, with all girls, with pick any defining characteristic and you’ll probably find a list.

Because April is Autism Awareness Month and I have a son on the spectrum, I have a few things to say about those types of lists. And it mostly involves throwing them out because it’s usually not so much about what you’re saying, but how, when, and why you’re saying it.

Imagine that question being asked with the eye-rolling, screwed-up-facedness that I hope is giving the asker serious wrinkles; loud, accusatory, head-shaking tone, with a lot of emphasis and dramatic pauses. It’s often shouted across a large area, attracting others’ attention, making them turn and see what is going on, and awaiting your answer. WHAT…is…WRONG…with him?

And you’ll see why that is a clear contender for a what never to say list.

But now imagine that the asker is sitting near the mom, and she quietly asks, with a concerned look on her face or with a caring tone of voice, What is wrong with him? It might not be the most politically correct phrase around, but it’s direct and I get what you’re asking. I know that unless you are in the alphabet-soup world of special needs parenting, you don’t know all the terminology, and you’ve never thought about what way you should ask such a thing. Your tone tells me what you’re really asking.

Even with the gentlest tone, if you ask this in the middle of what you can see is a very stressful situation, it’s going to be stressful. You can’t expect a calm, rational, polite response when clearly that mom is busy dealing with something. Think of it like your preschooler asking you for a snack while you’re in the kitchen making dinner, or while on a work conference call,, and suddenly the living room rug catches fire. It’s not that you mind answering your preschooler or giving them a snack, but it’s just not the right time.

Ask later. In a kind tone of voice, of course. And not in the middle of a huge group. I love to give speeches – I don’t even need a microphone to project my voice. But if you catch me unaware in a large group of other people, most of whom are only listening in because they’re right there and not because they actually care, I’m not going to answer you. No one wants to broadcast personal family information like that. No, not even those of us who write out our lives online.

Why are you asking what you’re asking? Are our kids playing together or in the same class or on the same team, and will be around each other a lot? Or even if it’s not “a lot” but they are together some and interact. Do you see something that concerns you about my child’s safety or your child’s safety? Do you see something in my child that reminds you of yours or of another child that you’re close to and you want to understand? Do you just want to understand more about autism or maybe you aren’t sure what it is, but you’re just a compassionate person?

Ask. In a kind tone, at the right time, ask.

But if our kids aren’t spending any time together or if they’re just briefly crossing paths where mine is on one soccer team and yours is on the opposing team, and my child isn’t doing anything to yours or anyone else but you just note a twinge of otherness, and we’ll never see each other again after this short game – consider why you’re asking. I’m there to watch my child play and unless there’s an actual issue, please just let me watch the game. Again with that timing thing.

If you happen to be asking because you’re nosy and you want to be able to go run back to your little group of friends and gossip? There’s not a right time for you to ask, ever.

There are many moms out there who do a phenomenal job at spreading autism awareness. It’s so ingrained in them, in everything that they do. This isn’t me. I have no problem talking about autism when it’s relevant to the conversation or what is happening or what my son is doing or why he needs certain things.

It’s part of who he is, it permeates most everything he does. But it’s not his only defining characteristic, not by a long shot. So, when I talk about him, “my son with autism” doesn’t always make its way into the conversation. It could just be “my son” or “my middle son” or “my 8 year old” or “my son who just made that basket” or “my son who kicked his reading level goal squarely in the ass.”

I’m not trying to hide it or act like the “with autism” part isn’t there. But it isn’t all of him and I’m over here just trying to parent. So, sometimes I don’t talk about it. But you can still ask if you have questions. Ask me, ask another autism parent – I think most of us really are understanding. We’ve learned it from our kids. Really, there’s no hard and fast rule about what you should and shouldn’t say, but think about your tone, timing, and motive, and just be kind.

When she's not breaking up wrestling matches or ducking Lego courtesy of her three boys, you can find Shell spilling all the things she probably shouldn't say to the other moms at the soccer field on her blog Things I Can't Say. She also shares how to juggle parenting on and off the field on The Soccer Moms.
Next Article